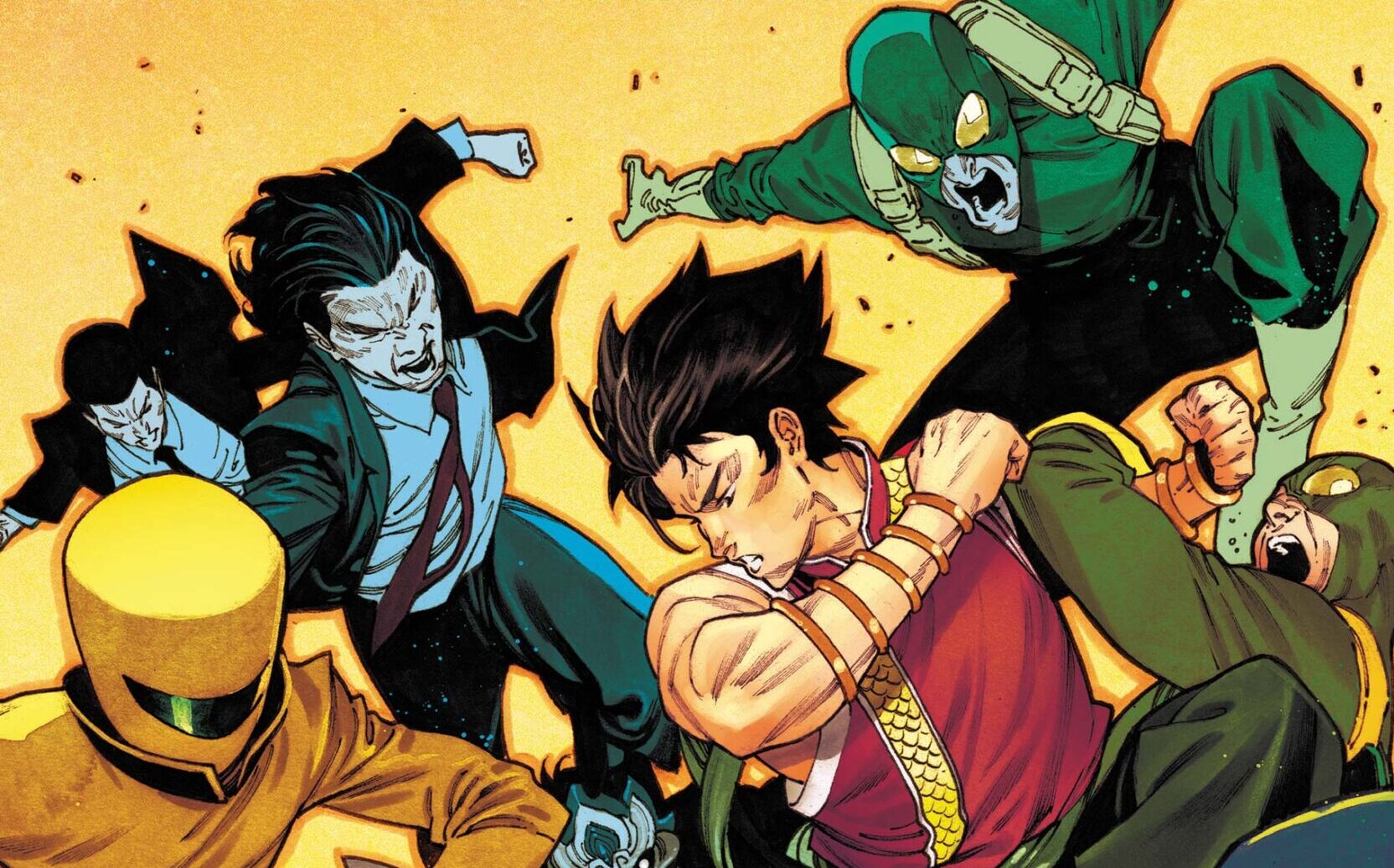 Shang-Chi continues to grapple with his new reality as caretaker of the powerful ten rings while the rest of the world makes every effort to steal them from him. Shang-Chi understands that the ten rings are as dangerous as they are powerful and finds himself in a precarious situation trying to avoid using them while preventing others from doing the same.

Shang-Chi and the Ten Rings in available at your local comic book shop now! Spoilers below.

Writer: Gene Yang
Penciler: Marcus to
Cover Artist: Dike Ruan
THE HUNT IS ON! Now that the Ten Rings have become public knowledge, every villain in the Marvel Universe is coming for Shang-Chi! Not great timing then for old flame, Leiko Wu, to show up with a mission to save their old spy friend, Clive Reston. Can Shang-Chi save his friend while protecting the Ten Rings at the same time? The epic new era of Shang-Chi continues!

The current Shang-Chi run is technically the third phase of Marvel’s refresh of the character by Gene Luen Yang and it may very well be the best yet. After giving the character a completely new family, new supporting characters and a new role as Supreme Commander of the Five Weapons Society, it’s a good time to reintroduce some old school favorites in the Shang-Chi universe like Leiko Wu, Clive Reston and Black Jack Tarr. The MI-6 related characters were regular guests of the Shang-Chi run in the 70s and 80s and while we got a brief cameo from Wu earlier in Yang’s run, none have played a substantial role in the current storyline.

That changes this issue as the characters are featured in the story and are set up to potentially continue to be a part of of the Shang-Chi universe going forward. First, Wu comes to Shang-Chi asking for his help to free her ex-husband and fellow MI-6 agent Reston. With Shang-Chi, the three had a bit of an on-going love triangle storyline back in the day and Yang does a perfect job of reigniting those flames. Reston is allegedly being held by another throwback, the villainous Carlton Velcro from Master of Kung Fu #31 (1974). It’s a set-up that feels fishy but is interesting enough for both Shang-Chi and the reader to learn more.

Shang-Chi agrees to help Wu and the duo promptly travel to Velcro’s island fortress. Yang does a wonderful job of balancing the pulpy nostalgia of older Shang-Chi comics as well as spy stories of that time. Two agents infiltrating a dangerous island fortress to save their colleague is the kind of story we’ve all seen many times before and it’s fun to revisit that kind of story now, considering most of Shang-Chi’s recent storyline has focused on the mystical elements. Of course, this isn’t a typical story from the 1970s and all is not as it seems for either the reader or our hero.

The story in this issue is fast paced and full of action. Yang blends Shang-Chi’s past and present in a highly entertaining story that is enhanced by Marcus To’s ability to feature quick, dynamic movement in the fight scenes.

The way Wu, Reston and Tarr are brought back into Shang-Chi’s life fits perfectly with what he’s been going through with the rest of the Marvel universe (both heroes and villains) since he assumed the controversial role of Supreme Commander. When I first saw that the older characters were coming back, I wasn’t overly enthused. Much of Shang-Chi’s past stories, while entertaining, have not aged well. The original run is full of Asian exoticism and racist tropes that desperately needed to be left in the past.

Fortunately, in Yang and To’s capable hands, this story avoids the problematic elements while respecting the older characters. Surprisingly, at the end of the issue, I found myself actually wanting more of the MI-6 trio, which is good because the story ends up in a cliffhanger that practically guarantees more.