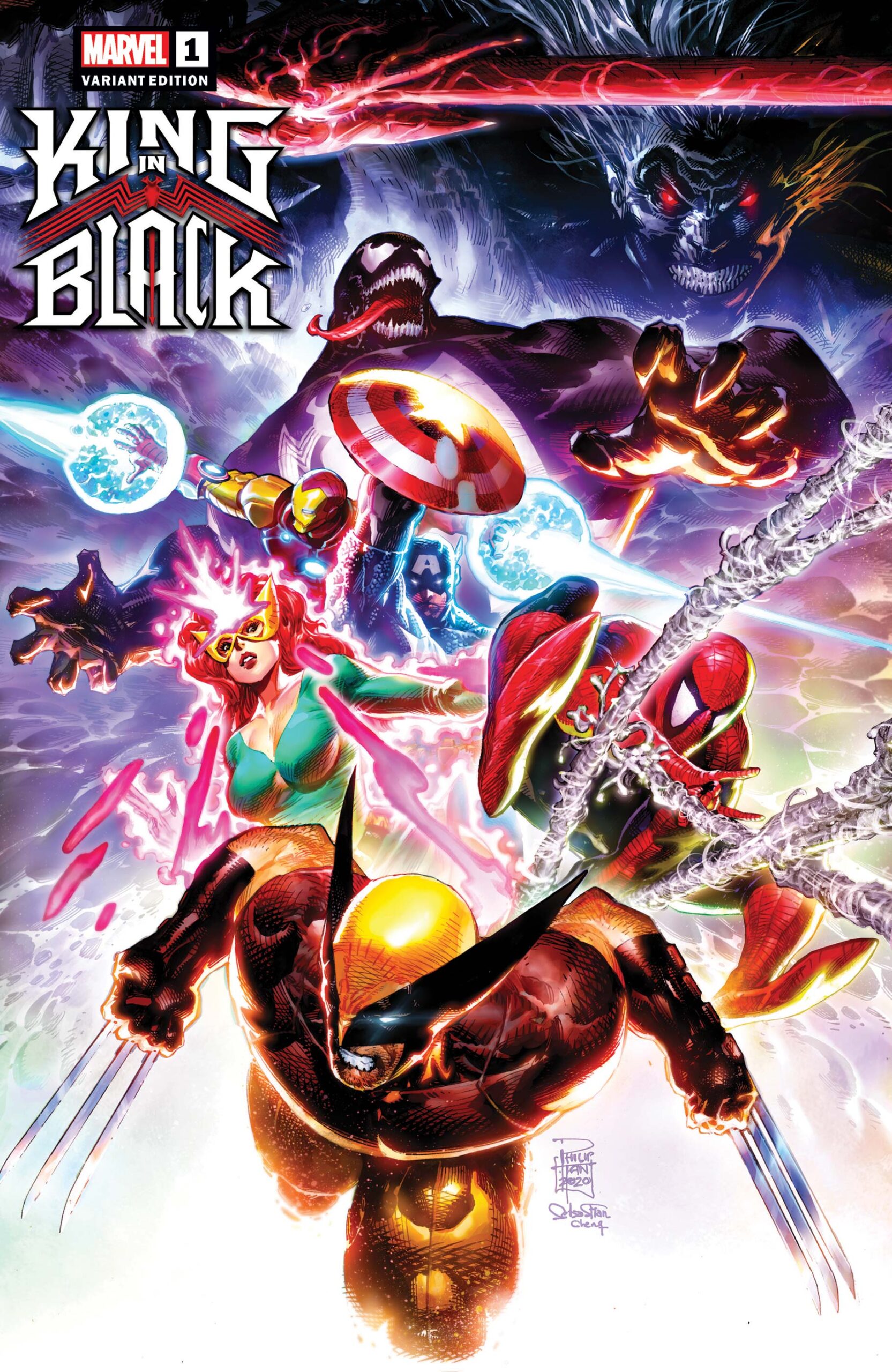 The latest major Marvel event is finally here. King in Black #1! It feels like we’ve been waiting forever for this event, even with some amount of dread, and the first issue doesn’t disappoint in justifying that dread. Things go bad quickly for our heroes as Knull arrives, easily dispatches their defenses in ruthless fashion, takes over Earth (literally) and identifies his primary target. We knew it had to get ugly for the good guys before they can back a come back (that’s how these things go), but man was that quick and dirty! Spoilers below!

Writer: Donny Cates
Penciler: Ryan Stegman
Cover Artist: Ryan Stegman
DARKNESS REIGNS! After a campaign across the galaxy, Knull’s death march arrives to Earth and, worse yet, he hasn’t come alone! With an army of hundreds of thousands of symbiote dragons at his command, the King in Black is a force unlike any Earth’s heroes have ever faced. EDDIE BROCK, A.K.A. VENOM has seen firsthand the chaos that even one of Knull’s symbiotic monsters can wreak – will he survive an encounter with the God of the Abyss himself? From Donny Cates, Ryan Stegman, JP Mayer, Frank Martin and VC’s Clayton Cowles comes the definitive chapter in their two-year-long VENOM saga that changed everything you thought you knew about symbiotes!

The book doesn’t waste any time getting the action started. Knull’s horde of simbiote dragons show up on page 9 and it’s pure madness from that moment on. If you want panel to panel action, then this book has it. Cates has been building to this story for a long time and it’s clear that he couldn’t wait to get started. Stegman’s art on the simbiotes is dreadfully wonderful, as the dragons are horrifying, Knull is terrifying and all those emotions are perfectly reflected in the facial expressions of the heroes throughout the book. Like a horror film where the camera lens is tinted so every shot looks dark and foreboding, every single panel in King in Black #1 feels like a simbiote is just seconds away from enveloping the page. You feel the unsettling sense of inevitability throughout the book.

The highlight of the book is probably the appropriate homage to 2004’s New Avengers #2, when Sentry took Carnage to space and literally ripped him apart. Earth’s heroes obviously hoped for a sequel, as that seemed to be their major play. Sentry flies in, grabs Knull and drags him to space, only for Knull to flip the script, rip Sentry open and absorb The Void. It was an awesome moment with a great callback.

We know that when a villain is the centerpiece of a major comic event, the first thing that has to happen is that the heroes have to fall. However, I couldn’t help but echo Knull’s own sentiment when he easily dispatches of the heroes and asks, “Was that it, then? Your defiant last stand?” What exactly were the Marvel heroes planning beyond some bombs and Sentry reliving his greatest hits? Surely Captain America, Tony Stark and Professor X can do better than that? For a villain they knew was coming, and thanks to Eddie Brock, had at least some intel on, the heroes seemed woefully ill prepared. Tony really thought some bombs were going to take down all those simbiote dragons? Come on Tony.

Diversity isn’t strong in this book. Almost every major character involved is white, with the one exception being Storm. Unfortunately, she does little more than try to light up the sky to repel Knull’s darkness, and then gets enveloped. Kamala Khan and Luke Cage appear briefly, but don’t do anything of note. The good news is, there’s still plenty of time for more diverse characters to play a role. Atlantis Attacks #5 ended with a King in Black tease, and King in Black: Namor (yes in my mind Namor is a diverse character) is next so I’m hopeful.