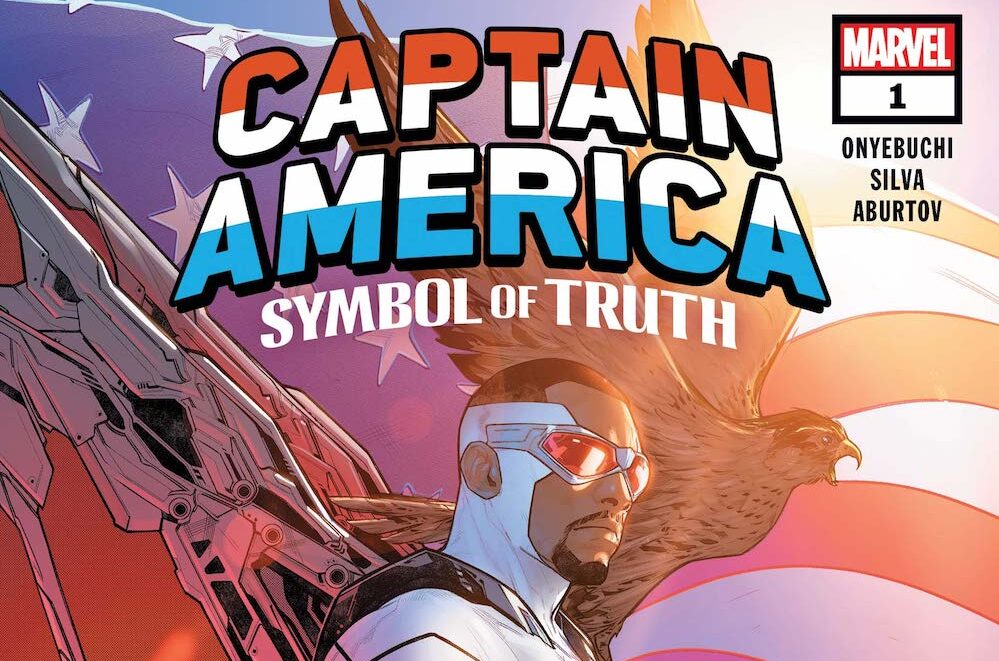 Writer: Tochi Onyebuchi
Penciler: R.B. Silva
Cover Artist: R.B. Silva
CAPTAIN AMERICA SOARS AGAIN! Sam Wilson picks up the shield once more — and enters a world of trouble! Following a lead from Misty Knight, Sam intercepts a mysterious group hijacking what appears to be an empty train. As he digs deeper, he discovers that the plot may be connected to a crucial piece of Captain America history…and, surprisingly, Wakanda. The world is ready for two Captain Americas — but is Sam Wilson ready for what comes next? Acclaimed writer Tochi Onyebuchi (BLACK PANTHER LEGENDS, Riot Baby) teams with Stormbreaker R.B. Silva (POWERS OF X, INFERNO, FANTASTIC FOUR) to open a thrilling new chapter of CAPTAIN AMERICA history!

Captain America: Symbol of Truth #1 dives into the action of the story right away, featuring engaging action and a team-up between Captain America and Falcon, Joaquín Torres. The duo is in the desert to investigate a train said to be carrying a component for the Super Soldier serum. Wilson received the tip about the matter from his on-and-off love interest, Misty Knight.

As a whole, the issue covers a lot of ground and sets up what’s to come. It did, however, feel like a tad much was going on. But it’s compelling enough and will be interesting to see how everything comes together.

There’s a particular moment when Wilson acknowledges that the U.S. isn’t a place where Black people can “live and thrive.” But he wants it to be—he knows it can be. He says it’s his job to make sure that it becomes that. Given the context of the scene, it feels like an important and powerful moment that will end up setting the overall tone for the series as a whole and Wilson as a hero.

The action sequences in the desert and on the train are the primary focus of the issue. They highlight how Cap and Falcon’s partnership works and nicely establish their dynamic. These two mean business and work well together. But they’re also friends who care about and tease each other.

Beyond the pair of heroes and their conversations, the dialogue is well done and captures the essence of all the characters.

During the flashback scene between Wilson and Knight, the reader can easily grasp their romantic history and continued potential as a couple. The flashback itself is also utilized well and doesn’t hinder the flow of the story. Plus, the flashback adds important context and helps build upon the narrative in multiple areas.

The secondary storyline focused on Falcon is relevant to the present and ties back to the main narrative. It feels organic and isn’t a forced plot point thrown in for the sake of further justifying the character’s inclusion. Importantly, it also elevates himself as his own hero.

Art-wise, the use of color is fantastic. Bolder, more vibrant colors and artwork help heighten the excitement of action scenes. Meanwhile, the flashback that centers around Wilson and Knight bonding during their conversation features calmer tones as a contrast.

This series may be an attractive read for newer readers who want to get into the comics, especially with Wilson having taken on the Captain America mantle in the Marvel Cinematic Universe, and it is a good starting point. However, those readers whose primary knowledge comes from the movies and TV shows need to be prepared for the differences between the on-screen version of the character and the comic version.