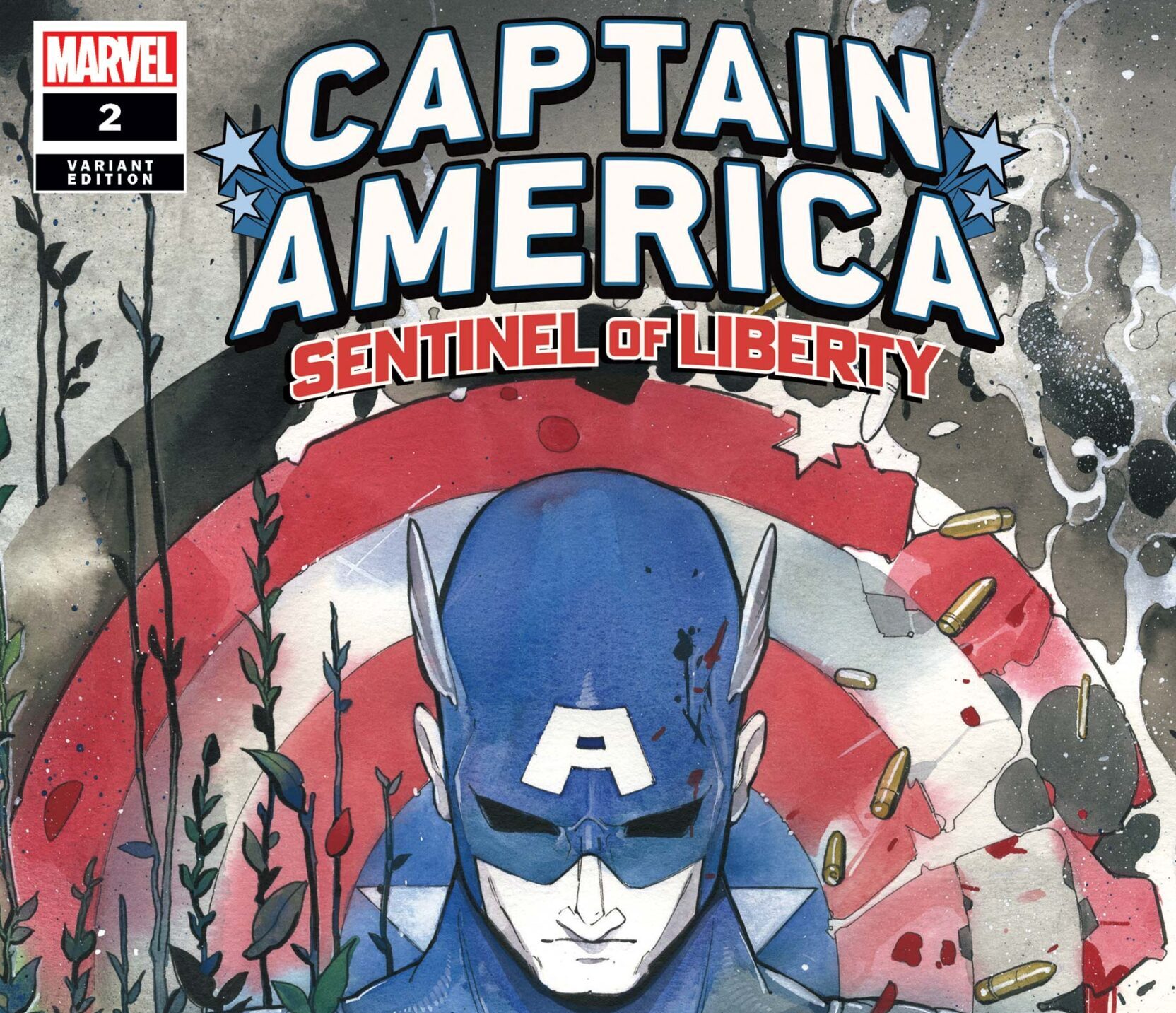 The second issue of Captain America: Sentinel of Liberty provides a great balance of domestic Steve Rogers and super soldier Steve Rogers as Captain America. This issue knows how to utilize and intertwine the two to create a compelling narrative centered around mystery and driven by heart.

Captain America: Sentinel of Liberty #2 is available now at your local comic book shop! Spoilers ahead!

Writer: Collin Kelly, Jackson Lanzing
Penciler: Carmen Carnero
FIND THE KEY. CRACK THE CODE. Steve Rogers follows a trail of coded breadcrumbs to Germany, where an elusive organization is making bold and deadly moves, while Bucky Barnes’ own investigation leads him to the high rollers tables in Madripoor. Thousands of miles apart with no backup, will Steve and Bucky find what they’re looking for, or are they both in over their heads?

From enigma and code-breaking to drinks with friends and a boxing lesson, there’s a lot to appreciate about Captain America: Sentinel of Liberty #2.

This issue really highlights the role others play in Steve Rogers’s ability to be a hero. He is on a mission to uncover the mystery behind what his shield is really a symbol for, and any progress he makes comes from the help of others. Not other Avengers or even super-powered individuals, but just the help of “every day” people.

First, his senior friends who make up the Radio Company help decipher more clues about what the Captain America shield symbolizes. Then, while getting drinks with friends from the local community college he attends, Rogers shows a more vulnerable, emotional side — and his age. His friends encouraged him to speak his mind, so he expresses his discomfort in the fact he never really questioned becoming a super soldier, taking on the shield, and the origins of it all. But one of his friends quickly has him covered, pulling up any information — albeit minimal — about the shield’s design on his StarkTech smartphone. The act, understandably, impresses the “Man Out of Time.”

From there, a boxing lesson with a boy from his neighborhood goes from merely heartwarming to a game-changer. The boy mentions a piece of information that helps Rogers put all the pieces together and figure out where he needs to go next. This leads to the action, the fighting, the physical conflict with the villainous organization responsible for the terrorist threat presented in the first issue, and the people behind the shield’s actual meaning.

The contrast between these two types of scenes – aggressive superheroics versus domestic living – helps highlight the differences between Steve Rogers as a person and Steve Rogers a superhero, and where the two overlap.

The issue closes out with a brief encounter with Bucky Barnes, who had helped Rogers with the July 4th attack but hasn’t been heard from since. As he works on his own portion of the mystery behind the shield, he uncovers a crucial detail. It makes for a plot-twist that has produced mixed reactions but is personally one I literally gasped at and didn’t mind.

Art-wise, the work highlights moments that benefit from the the extra detail but also pull back when needed to spotlight where the focus should be. Each scene features its own color palette and helps to give them each scene their own moment.