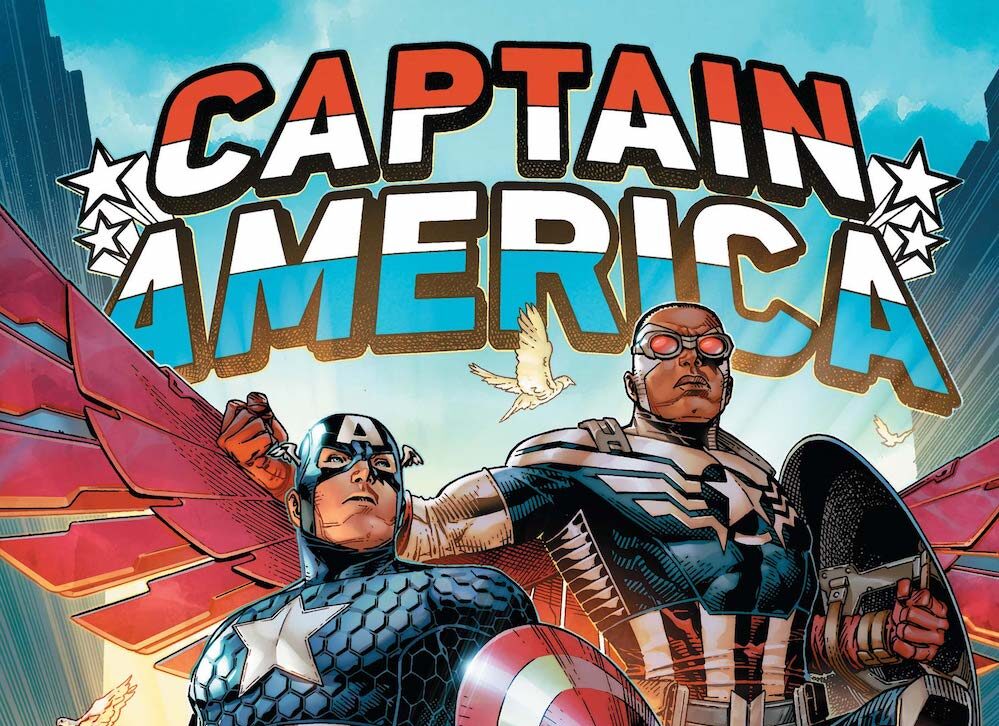 Two solo Captain America series are coming and Marvel Comics is setting the scene for both with a fast-paced, introductory issue featuring both Captain Americas; and what’s not to love about two Caps?

Captain America #0 is a fun, action-packed one-shot issue with good bits of humor, and it wastes no time getting into the action. From great banter between the two heroes to a classic Cap villain, there’s a lot to enjoy about this story. It’s also an easy read, well-suited for both regular and new comic readers.

The one-shot issue opens with self-proclaimed “bio-fanatic” Arnim Zola’s attempted takeover of the U.S. via a rocket that will turn everyone into Zolasauruses. But the duo of Steve Rogers and Sam Wilson is quick to appear on the scene and halt his evil plans. Donning the red, white and blue and wielding their own distinct shields, Rogers and Wilson are both Captain America. The pair arrives in epic fashion and embrace each other as a fellow Cap. They show each other love and support with their shared mantle. It’s a simple, straightforward moment but also a thrilling, heartwarming one that readers are sure to love.

In their pursuit to stop Zola, the two heroes quickly go their separate ways: Wilson taking flight to handle the rocket and Rogers staying grounded to handle Zola himself.

The narrative uses the duo’s split to highlight their similarities and differences. The dialogue offers parallels for what makes them each deserving of the mantle. Readers will recognize what bonds them and what makes them unique.

Zola furthers this parallel by emphasizing the flaws of the U.S. The critiques are made in an attempt to demean the shield bearers and the individuals they protect, but it also acts as a good segue for what makes Steve and Sam the perfect people to be Captain Americas. They never claim the country or the people they’re defending are without flaw. They know and acknowledge these imperfections. But they’re hopeful people who are trying to do what’s right by defending the innocent and saving lives so that people have opportunities to be and do better.

Mattia De Iulis’s artwork helps elevate the story with realistic drawings featuring intricate details — the use of lighting is especially striking and a visual highlight. The layout also takes the extra step in providing parallels between both Rogers and Wilson as well as each hero and Zola. It’s a stunning way to further the contrast in a narrative that is driven by those comparisons.

There’s also one panel that is especially gratifying to see. Fans of The United States of Captain America series from last year will recognize and appreciate a few of the faces briefly featured midway through the issue.

As a standalone issue, Captain America #0 is a pretty perfect read. But, when considering its status as a precursor to the two upcoming Captain America series, the story does have a shortcoming. The concluding pages do lead into both series; however, the connections feel more like afterthoughts than the next chapters in an overarching narrative.