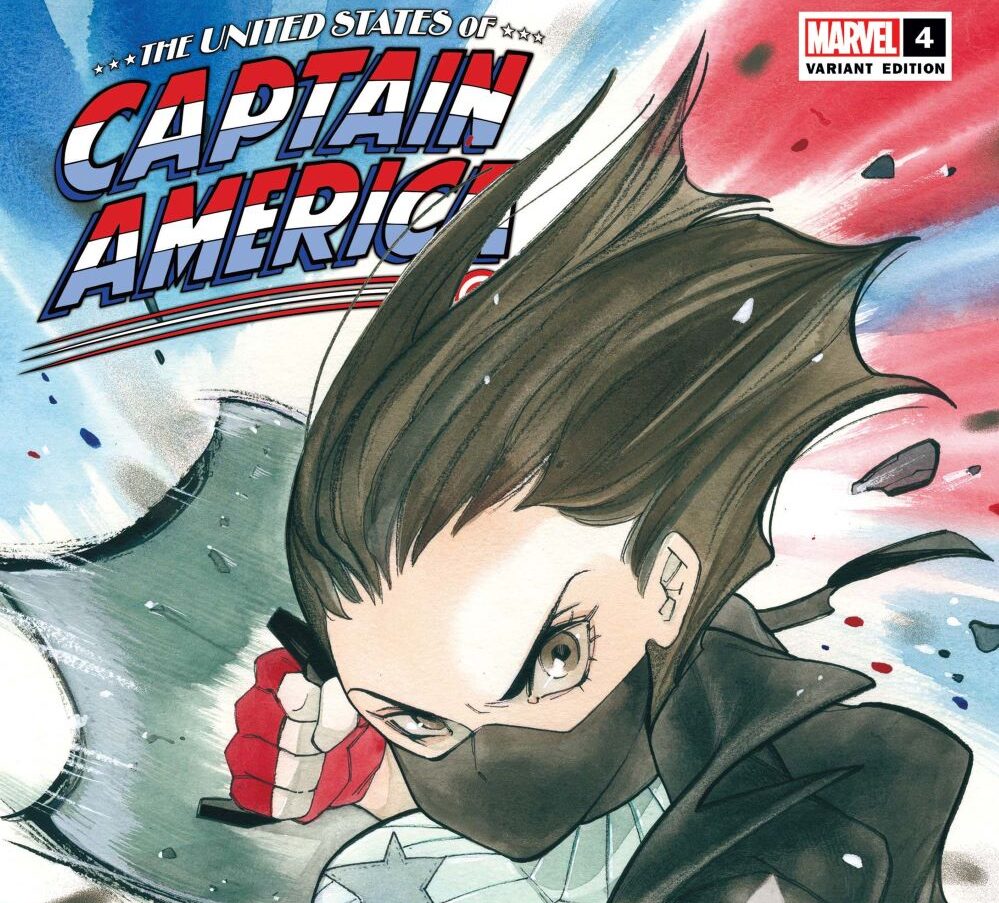 In honor of the 80th anniversary of Captain America, Marvel Comics debuted The United States of Captain America, a series in which everyday people are inspired by the titular hero(es) and take on the Captain America mantle in their own community. The series also follows Steve Rogers and Sam Wilson as they track down the individual responsible for stealing Captain America’s shield and the other villains associated with the ploy.

At the start of June, Marvel announced the local hero for United States of Captain America #4, a young Filipina-American woman by the name of Arielle Agbayani. Upon reading the news, I started crying (and went on to cry several more times throughout the day), because I had never felt more represented in media than I did at that moment.

This one was my favorite issue of the series, and, interestingly enough, it probably would have been that way whether Agbayani was a part of it or not.

John Walker (A.K.A. the U.S. Agent) and Bucky Barnes (A.K.A. the Winter Soldier) join the fight against a vicious Captain America impostor and his shadowy patrons. As the chase leads them to interrupt a break-in at one of the most secure facilities in the country, the true magnitude of the forces arrayed against them finally becomes clear. But are they too late to stop what’s already been put in motion? Also introducing Arielle Agbayani, the campus Captain America! When her college turns a blind eye to rich kids behaving badly, she springs into action — and she’s not afraid to fight dirty.

As has been the case with the previous three issues, The United States of Captain America #4 features two stories. The first narrative concerns the overarching story arc of the series, while the second part is a shorter story about the local Captain America — in this case, Arielle Agbayani.

This issue is the penultimate one of the series, so the narrative really picks up. It features a good mix of insight, drama, and emotion amongst the action. This issue is also the first one with Steve Rogers, Sam Wilson, Bucky Barnes and John Walker together. From the teasing of Rogers to the dislike for Walker, the dynamic between the quartet is well done, and the interactions remain a highlight.

At the start of the issue, there’s a scene where Rogers questions what makes him fit to be Captain America as opposed to other people — particularly Joe Gomez, the local Native American Cap of the Kickapoo tribe. This moment of reflection is a key reminder that Captain America isn’t about patriotism or nationalism but rather liberty and making the U.S. better than what it actually is. The idea that helps drive this series.

Including Hate-Monger was a nice touch and helps make the series seem more like a Captain America comic. It had me hooked and made me upset when the words “to be concluded” appeared.

Unlike the other local Caps in the series, she just shows up and joins the team. She is accompanied by Aaron Fischer, the local hero in the first issue. The pair has driven from Massachusetts to Colorado to help Rogers and company.

There’s a lack of backstory for Agbayani and no mention of how Rogers came to discover her. News about other local Caps spread, and that’s how Rogers and Wilson come to hear of them, but this isn’t the case with Agbayani.

It’s not a significant flaw that hindered the overall narrative, but it’s unfortunately the primary complaint I had regarding issue #4. The quick Hamilton mention was a nice touch, though.

The second story, by Filipina writer Alyssa Wong, centers around a Halloween party at Agbayani’s school, Hargrove University. It’s not clear whether this is the first time she takes on the mantle, but in this instance, she is seemingly dressed in a Captain America-esque costume for the Halloween party. Agbayani is actually intent on doing whatever she can to get justice for her best friend, Maribeth, who has been physically abused by legacy student Elliot Carmichael.

The second story is shorter than I would have liked, but it did a good job of reflecting the importance and power of friendship, loyalty, and teamwork.

This won’t be the last appearance of Agbayani in the comics, as she’ll be in the concluding issue of the series. Regardless of whether she appears in other series, the fact that Agbayani exists at all remains a win for Filipinos — especially those Filipina Americans who also love and find inspiration in Captain America as I do.