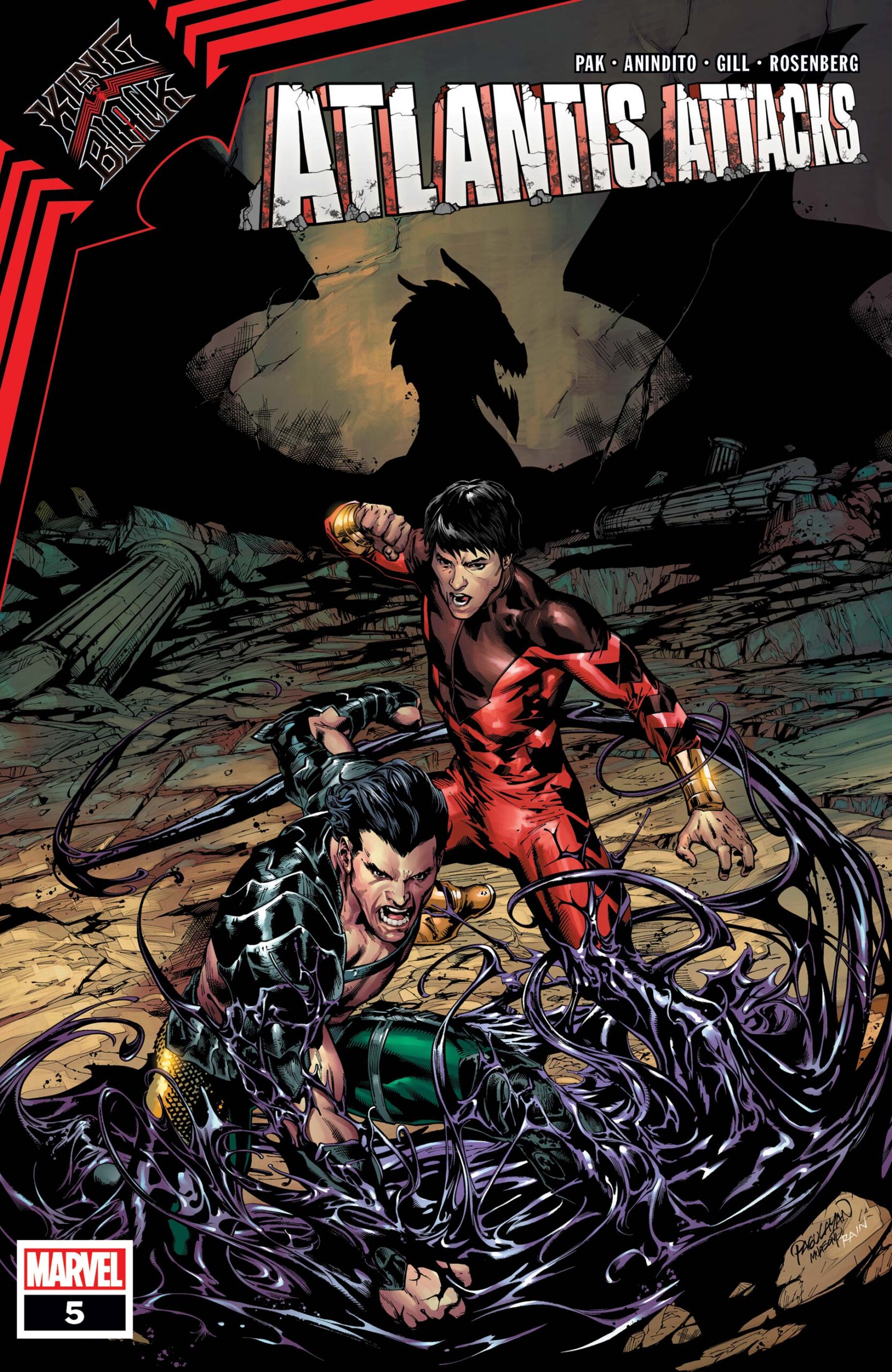 Atlantis Attacks #5 isn’t just the conclusion to a fun miniseries, but it’s seemingly also the end of a multi-miniseries run by the New Agents of Atlas, stemming back to May 2019 with War of the Realms: Agents of Atlas #1. That original miniseries brought the current iteration of the Agents of Atlas together, led by Amadeus Cho, and resulted in 3 straight miniseries, including this book.

Writer: Greg Pak
Penciler: Robert Gill, Ario Anindito
Cover Artist: Carlo Pagulayan, Ario Anindito
TRAGEDY AND TRIUMPH! As the clash between the ATLANTEANS, the SIRENAS and the interdimensional PAN reaches its terrible climax, an empire will triumph and an empire will fall! But you might be shocked to find out which of our heroes and villains ends up where! Will AMADEUS step up to JIMMY WOO’S challenge and lead both AGENTS OF ATLAS teams toward power and glory in this new world? Or will the dream of communities united in the PORTAL CITY OF PAN all come crashing down? Who will wear the crown? Whose word and heart will break? The fate of Atlas and the world hangs in the balance!

The issue did a fantastic job of wrapping up the existing storyline about Pan, and its creator Mike Nguyen. All of the major players come together in a satisfying way and in the end, even Nguyen has a heroic moment. I love that Pan will not only live on, but a Madripoorian refuge named Angie Thrasapalat was put given the leadership power to help the transition. That was a really nice way to set up some future story involving Pan and I hope we get to see it soon. I also wouldn’t mind seeing other creators get a chance to play in the Pan sandbox that Greg Pak created.

Amadeus Cho, who is understandably one of Greg Pak’s favorites and was the driving character in this series, steps away from the New Agents of Atlas at the end of this series. I’m not sure if the main purpose of that is to free him up for other stories, or to allow another leadership change for the team itself. Cho was great in this issue, stepping up when he was most needed and yet ending with a healthy amount of skepticism and self doubt. I look forward to seeing where Cho goes from here.

As much as I’m eager to see more stories of Pan and what’s next for Cho, I’m worried about the New Agents of Atlas. At the very end, Mr. Laos, Jimmy Woo and the original Agents of Atlas are seen preparing for the King in Black, and apparently the next evolution of this story is the original Agents of Atlas helping Namor in his fight against Knull’s forces. Where does that leave the New Agents of Atlas? They’ve lost their leader and it’s completely unclear if they intend to stay and protect Pan. Silk has essentially been Cho’s second in command through this run and I would love to see her take over leadership, but I was disappointed that the future of this team was left so uncertain.

As with this whole series, Atlantis Attacks #5 is a true highlight of storytelling with diverse characters. In this book specifically, Pak did a great job of giving many different characters their brief moments to shine. As I’ve said in past reviews, the one downside of a team this size is that it’s hard for all of the characters to get their moments in every issue. While that’s still true in this final issue, I thought the balance was strong. Amadeus Cho is still the lead character on the New Agents of Atlas side, and of course Namor is front and center in a book titled after his home. But Wave had some great moments, Silk steps up, and even Sword Master and Shang-Chi play important roles.