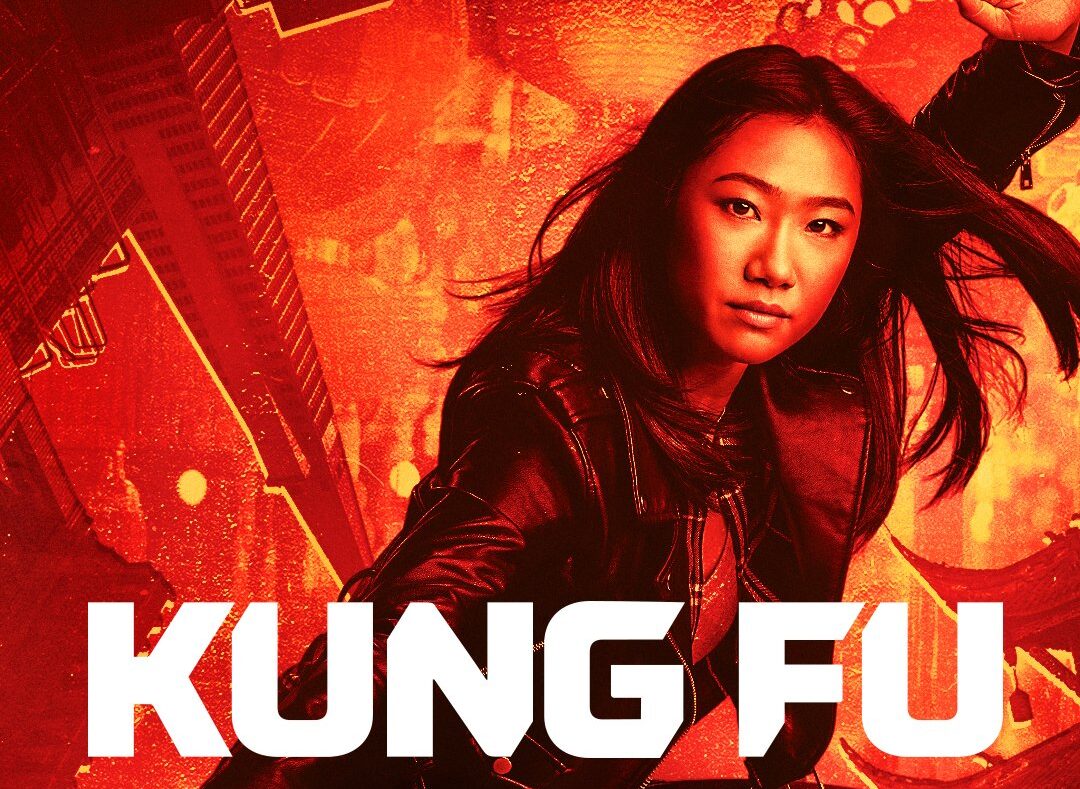 By now many have heard the story. Back in the early 1970s, martial arts icon Bruce Lee had an idea for a TV series about a Chinese monk who traveled through the Wild West. Envisioning himself in the lead role, Lee unsuccessfully pitched the show to studios, only for a series called Kung Fu to premiere in 1972 with a similar premise, starring David Carradine.

This Wednesday, nearly 50 years after the original series was released, a new Kung Fu premieres on The CW starring Olivia Liang and a majority Asian cast, and developed and written by Christina M. Kim.

During a trip to China, Nicky Shen (Olivia Liang), realizes that her mother, Mei-Lin Shen (Kheng Hua Tan) has been trying to control every element of her life and runs away with the help of Pei-Ling (Vanessa Kai), a Shaolin master who runs a monastery of Shaolin martial arts women. Shen learns under the Pei-Ling’s tutelage for three years until their monastery is attacked by raiders led by a mysterious women named Zhilan (Yvonne Chapman), who kills Pei-Ling.

With no choice, Nicky returns home to the United States and her family. Her father, Jin Shen (Tzi Ma), sister Althea (Shannon Dang) and brother Ryan (Jon Prasida) welcome the prodigal daughter home, but her mother isn’t so warm.

Nicky discovers that her family is in danger from a local mob boss to whom they owe money. With the help of her family, ex-boyfriend Evan Hartley (Gavin Stenhouse) and a new ally Henry Yan (Eddie Liu), Nicky fights to keep her family safe.

Of course, like any good martial arts story, there’s an overarching mythology and a larger villain that Nicky and her team must face eventually.

The CW is probably best known for some of the most beloved DC superhero shows like Arrow, The Flash, Supergirl, Black Lightning and Batwoman. Kung Fu is very similar in tone to those “Arrowverse” shows, and in fact, could slip right into that universe (which means I’ll be hoping for a cross-over with one of the CW superhero shows in the near future).

First and foremost, the martial arts action is very strong. While slightly stylized, the action is grounded in realism. It’s definitely not a “wire fu” type show. Olivia Liang gets the bulk of the action in the first episode, with some welcome assistance from Eddie Liu, and the duo more than hold their own. Unlike some martial arts based shows where the actual fighting felt like an afterthought, it’s clear that Liang and Liu have put in the work.

The pair also exhibit excellent chemistry in their scenes together. It’s early, but Liu’s Henry Yan is presented as an important ally as well as a potential love interest. Whether the show pursues the romantic route or not, it seems that the two have a foundation that the series can really build on.

The rest of the main cast, primarily made up of Nicky’s family, is extremely likable and relatable. Tzi Ma is every Asian-American’s father at this point, and Dang’s Althea and Prasida’s Ryan look like they’ll round out Nicky’s supporting team well. What’s great about Althea and Ryan is that they aren’t martial arts based characters. They’re just regular people who want to help their sister, and seek to do so without kicks or punches. It’s important for audiences to see that even in a show called Kung Fu, not every Asian knows martial arts.

Kung Fu isn’t the type of show that demands a deep dive into the plot. Even so, the premise is tough to swallow. It’s completely authentic that a young Asian-American woman would struggle under the overly burdensome demands of her parents, resulting in some level of rebellion. For that rebellion to take the form of a three-year disappearance in a Shaolin monastery where Nicky becomes a martial arts expert pushes the boundaries of suspending disbelief.

Similarly, there are other moments in the pilot that seem rushed or overly convenient. Henry Yan is clearly going to play an important role in Nicky’s journey, but his introduction and some of his scenes are overly abrupt. For example, there’s a scene when some thugs are attacking Nicky’s siblings. Yan shows up with some incredible fighting skills that are completely beyond a normal person’s abilities. You would think Nicky would be impressed and her siblings would be beside themselves. Yet everyone quickly moves on like they see that kind of thing regularly.

Being that it’s a pilot, the show’s creators needed to get the chess pieces in place, which can make for some forced situations. Hopefully, the interactions will feel smoother going forward.

Kung Fu is the latest show that seeks to reclaim western martial arts stories by presenting Asian and Asian-American characters who are unique, diverse and actual human characters. Thanks to Christina Kim, Olivia Liang and the rest of the cast, there’s a genuine authenticity in this story that too many previous martial arts based stories, including the original Kung Fu, lacked.

In this article:CW, Kung Fu, KungFu, Review, The CW, TheCW