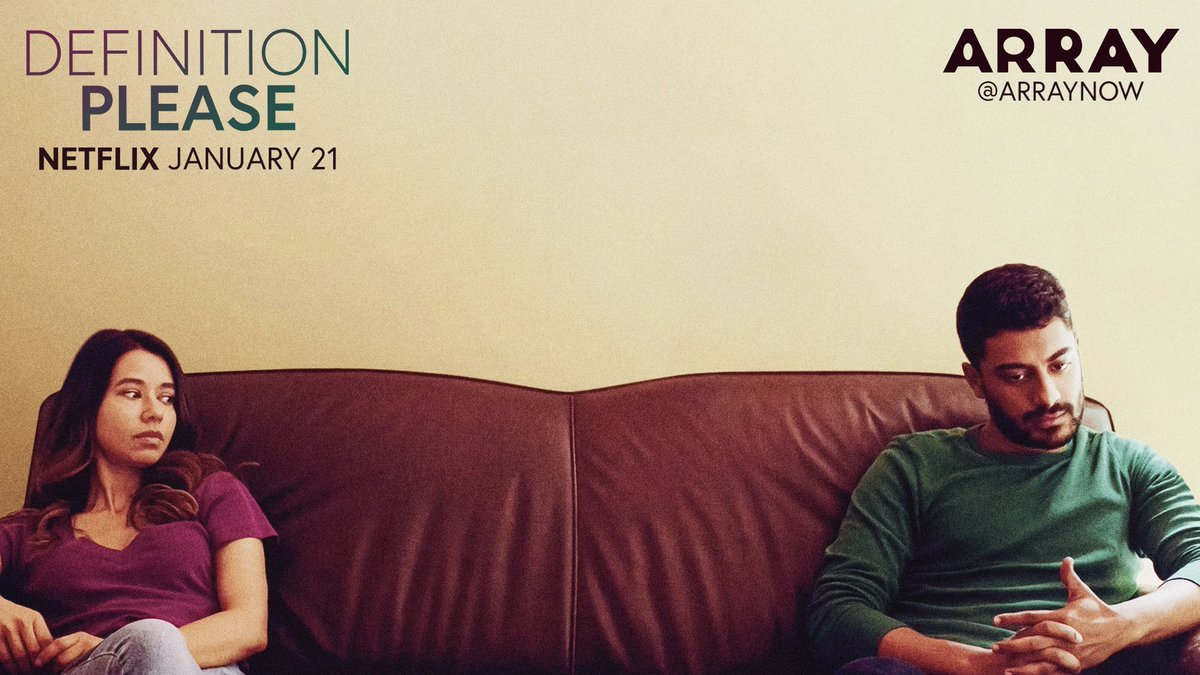 Definition Please is the kind of film that stays with you long after you’ve watched it. Your mind can’t help but chew on it and your heart can’t help but dwell on it. Directed by, written by, and starring Sujata Day, Definition Please tells the story of an Indian American family struggling to grapple with a life that didn’t quite go the way they all expected, which is a reality that many of us can relate to, especially during a global pandemic.

It’s not often that we get a film that honestly portrays the joys and challenges of a South Asian family and touches issues like death, mental illness and the burdens of family. The story that Day tells, in her directorial debut, is clearly personal and the authenticity comes through from the first scene to the end credits.

Definition Please is about an Indian American family, Monica (Sujata Day), her brother Sonny (Ritesh Rajan) and their mother Jaya (Anna Khaja), living in Pennsylvania. When Monica and Sonny were young, they were full of potential and on their way to the kind of successful lives that so many immigrant families strive for. Monica is a former Scripps National Spelling Bee champion, and Sonny was a star athlete admired by all of his peers. Unfortunately, the reality of adulthood was not kind to the Chowdry family, as their father passed away, Monica and Sonny’s once close relationship fractured and their mother became ill. Now, Monica’s primary responsibility is taking care of her mother, at the expense of her personal and professional development, while Sonny has run off to California.

Much like life itself, Definition Please might sound sad, but there is joy and laughter in the small moments. Monica finds solace and support from her loyal best friend Krista (Lalaine), seems to run into every good looking Asian guy in town, including Richie (Jake Choi), and is just silly enough to still enjoy competing in childhood games with Sonny. The film reminds us that even when reality seems overwhelming, there are those bright moments that carry us through, and there are just enough of those moments that keep this film from being dragged down by its weighty subject matter.

However, the important topics aren’t glossed over. Monica faces adulthood with the realization that she may have peaked as a child. She tutors other aspiring Spelling Bee champions and she’s stuck with the responsibility of family. I always think about what happens to those kids we see win the Spelling Bee or the Little League World Series on national TV. How do kids deal with the sudden national fame and move on from what is likely to be the most notable moment of their lives? This film provides a sobering look at how a monumental achievement at a young age can quickly turn into a burden. Day’s performance is relatable and likeable. You root for Monica at every moment, even when she makes mistakes. You want her to reconcile with her family, move on with her life and maybe even find love (or at least a little more lust).

As for Sonny, who first appears to be an ultra positive man–child who running away from responsibility, we learn that he actually struggles with mental illness. His emotions swing suddenly and dramatically and he lashes out violently at his family, resulting in their mother being accidentally knocked out and suffering from a concussion. Sonny didn’t move to California to shirk responsibility, he ran away because he thought that was the best way to protect his family. Sonny needs help, but if he takes medication he’s a shell of himself. If he doesn’t, he’s a danger to those around him. Rajan carries the emotional weight of Sonny exceptionally well, doing a wonderful job at balancing both the entertaining and heartbreaking moments.

The cast overall is so full of talent. Day, Rajan and Khaja really feel like family. In fact, nearly everyone in this film seems like a member of a huge family, with all the good and bad that come with it. Definition Please feels like a story about a family you know and want to see do well. Oh and LeVar Burton makes a special appearance too, and who doesn’t love LeVar (besides Jeopardy)?

As much as the film does a great job developing its characters, their relationships and their struggles, the resolutions feel too quick and convenient. In particular, Monica and Sonny’s strained relationship, which is the central relationship in the story, is finally reconciled after one therapy session. Sonny tells Monica that he thought that if he ignored his mental illness struggles, they would “magically go away.” Surprisingly, after that conversation, everything is magically much better. The siblings are getting along, Monica has decided to move on with her life and career and the family is happy again. And there isn’t even enough time to fully process with the other earlier massive revelation that their mother was faking her illness!

At a tight 1 hour and 31 minute run time, I appreciate that the film isn’t too long. However, it probably could have benefited from a little more time to give the relationships more runway to heal and let the audience heal with them. It’s almost jarring to see the sense of happily ever after in the last 5 minutes of a film after we struggled through the difficult themes and relationships for 85 minutes.

This film breaks the POC-Y meter in a great way. It (1) is written by, directed by and stars a South Asian woman; (2) features a cast full of diverse talent; (3) tells an authentically Asian American story that is universally relatable; (4) has layered diverse characters; and, (5) doesn’t shy away from highlighting some very attractive Asian men (like Jake Choi and Tim Chiou). Definition Please is the kind of film we all need to see more of.