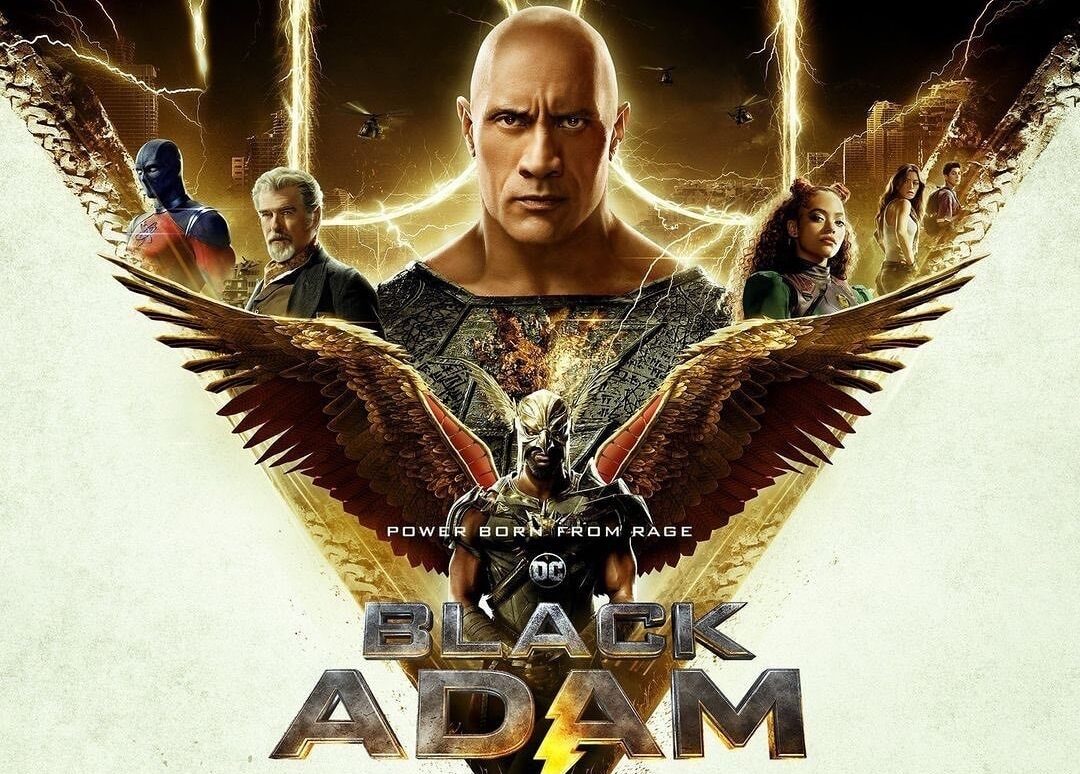 When you Google the phrase “passion project,” there should be an image of Dwayne “The Rock” Johnson as “Teth-Adam.” That’s because Black Adam is a film that’s over a decade in the making, thanks in large part to the persistent efforts of Johnson, who stars as the titular character. Johnson is the reason that Black Adam exists, and also why the film is the DC Extended Universe’s most ambitious film to date.

If you look at it chronologically, the Black Adam film was conceptualized before superhero films were all the rage (Johnson has been attached to the film since 2008, when Marvel Studios’ Iron Man beat him to the metaphorical punch). If the film played out then as has now, it would’ve been the the first of its kind – attached to a massive star, and featuring a diverse cast. On the flip side, age has given the script maturity and, perhaps more importantly, relevance.

Situated thousands of years ago, Teth-Adam and his family – slaves in the fictional nation of Khandaq – find freedom within the tragedy of the death of Adam’s son, whereafter he gains supernatural abilities from the sympathetic Council of Wizards and avenges his son. Adam’s powers make him both the liberator of his country but also its greatest threat. After being imprisoned by Shazam, Adam remains in stasis until we see him again in present times.

Enter modern day Kahndaq: a beautiful Middle Eastern nation reminiscent of Iraq or Pakistan, but under the watchful (i.e. imperialistic) eye of Amanda Waller’s A.R.G.U.S. and several other international military occupiers. That’s an important detail. This is where we find the film’s central family, comprised of Adrianna, Amon and Karim. Played with conviction by Sarah Shahi, Bodhi Sabongui and Mo Amer respectively, they’re freedom fighters and also the heart of the film.

In the heat of the film’s first battle is where Black Adam makes his reappearance, and the film ties into the greater DC Universe as a whole: Adam causes enough alarm for Amanda Waller to call in the Justice Society of America. Led by the incredibly charismatic Aldis Hodge as Hawkman/Carter Hall, we’re given the profile on his teammates: Atom Smasher (Noah Centineo), Cyclone (Quintessa Swindell) and, my personal favorite, Doctor Fate (Pierce Brosnan). If Johnson’s Black Adam is considered the “hero” of this film, then the saying is true that a hero is only as good as their villains. As The JSA, Centineo, Swindell and Brosnan play a team with almost twice the magnetism and charm as the main character himself.

The movie does a good job of playing the audience against certain characters and then shifting that dynamic as the story unfolds: The JSA might be revered in western society, but abroad they’re seen like an extension of the imperialistic, military industrial complex, built to oppress and suppress the peoples and governments of the Middle East. It’s a complex and fascinating way to make us question our heroes’ motives without totally absolving Black Adam of the destruction he causes throughout the film.

Black Adam is undoubtedly one of Warner Bros.’ best superhero films, among strong competitors like Aquaman, Wonder Woman and The Batman. Its strength is that it’s a vehicle for some of the hardest-hitting fight scenes we’ve seen in a while, akin to the animated variety of DC movies. Blow for blow, The JSA and Black Adam hold nothing back at any time and it hurts so good. Likewise, its weakness is that it’s also primarily a vehicle for one fight scene after another. So much so that the scenes lose their impact at times (Hawkman and Adam face off at least two times, hand-to-hand), especially as the story itself gets more thin as the film progresses.

Black Adam plays it smart in drawing on the familiar backdrop of conflict in the Middle East and takes cues from recent events like the Arab Spring to round out its human story arc, but without taking the time to really flesh them out (and incidentally making the superheroes the Deus ex machina of the situation). It feels a little shallow, in a Hollywood soapbox kind of way. The film doesn’t fully explore the ways in which Khandaq and its people are uniquely suffering. Social and geopolitical topics are always great to weave into fantastical stories, so it’s worth acknowledging the effort, but the impact isn’t quite the same without explaining the intricacies of “Why?” and “To what end?” the foreign occupation exists in the first place.

It’s also important not to ignore that Johnson, who is of Black and Samoan descent, is playing a Middle Eastern character. In an ideal world, Adam would be played by a Middle Eastern actor; which would be a huge win for representation, especially for a community that is often presented as villains in western media. Unfortunately, the disappointing reality is that without Johnson’s star power, Black Adam likely does not get made at all. Even with Johnson, who might be the biggest star in Hollywood, the film took over a decade to come to theaters.

Its also worth mentioning that even without Zack Snyder’s direct involvement on this (and possibly future projects), Black Adam still take cues from Synder’s distinctive aesthetic of darker color grading, ample slow motion (Adam is introduced taking out an entire army in slo-mo, a la The Flash versus Superman in Justice League) and occasionally video game-like visuals. It’s smart of Warner Bros. to keep this aesthetic since it separates the look of their superhero films from the competition, and Snyder’s successors seem to have found a way to work this style without making the films too dreary.

Another bonus is that the infamous “Middle East Yellow” filter is used minimally if at all in this film. No cliché color grading here. Black Adam does a really great job of minding its setting without falling into all of the tropes that come with the location in other Hollywood projects.

Black Adam is a visual feast that comic lovers and casual film-goers will enjoy for non-stop action, fascinating lore, solid plot twists, and a lovable cast. With the appearance of certain characters that help tie the film into the greater, ever-changing, world of DCEU films, it’ll be incredible to watch how Dwayne Johnson AND Black Adam develop within that world. When they promised the hierarchy of power in the DC Universe would change, they didn’t lie. Black Adam is an addition to the DCEU that is both overdue and right on time.