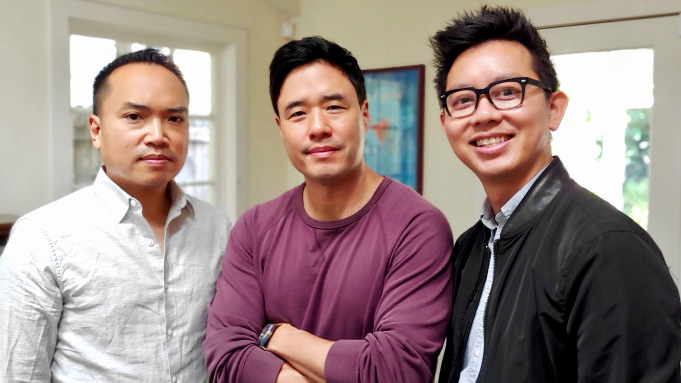 Randall Park has teamed with fellow Always Be My Maybe writer Michael Golamco, and producer Hieu Ho to form Imminent Collision, a production company focused on developing Asian American comedy stories. According to Deadline, the production company has already signed a first-look deal with 20th Century Fox Television, which produces Fresh Off the Boat, starring Park.

Park, Golamco and Ho have a friendship dating back to their days at UCLA, where they founded an Asian-American theater company, Lapu The Coyote That Cares. Park and Ali Wong have both talked a lot about their involvement with that theater company during and after college, and how their friendship with Golamco was key to bringing him on board to help write Always Be My Maybe. According to Deadline, one of the projects that the trio worked on through Lapu The Coyote That Cares served as the inspiration for the Imminent Collision name.

“We’ve had the pleasure for years of watching Randall as an anchor of our beloved series, Fresh Off the Boat. He is as hilarious as he is kind and talented. He introduced us to his longtime friends and collaborators Michael and Hieu. They blew us away with their taste and passion for creating television shows from their own unique perspective as Asian-American creators, and we knew immediately that we had to be in business with them. They’re smart, driven and brimming with ideas. They share our desire to bring voices to the screen that are underrepresented and in doing so, create series that reflect the drama and humor of the world we live in today.”

This is incredible news on a variety of fronts. First, having three Asian-American creatives come together, start a production company and get a deal with 20th Century Fox TV is groundbreaking. Representation and diversity behind the camera is just as important as it is in front of the camera. More diverse creatives are launching their own vehicles for developing content and that’s a critical step towards meaningful gains in representation. Recently, we saw that even successful diverse creatives like Adele Lim are still at the mercy of archaic industry practices when she was low-balled to work on the Crazy Rich Asians sequel. Hopefully we will see more production companies founded by diverse talent that will do a better job ensuring that people like Lim are properly appreciated. Further, Imminent Collision will undoubtedly uncover previously overlooked Asian-American talent, and give up and coming Asian-American creatives more opportunities, Second, even setting aside the diversity aspect for a moment, almost anybody can appreciate the inspiring story that three friends from college worked hard to make it in Hollywood and are now coming together to form their own company.

In announcing this project via Instagram, Park shared some great old photos of himself, Golamco and Ho from their college days:

Credit: Randall Park via InstagramIt’s an exciting time for diverse content and I can’t wait to see what Imminent Collision has in store for us!

Reunited and it feels so good! Two of the most beloved Asian-American actors are teaming up again, this time to steal some loot (in...