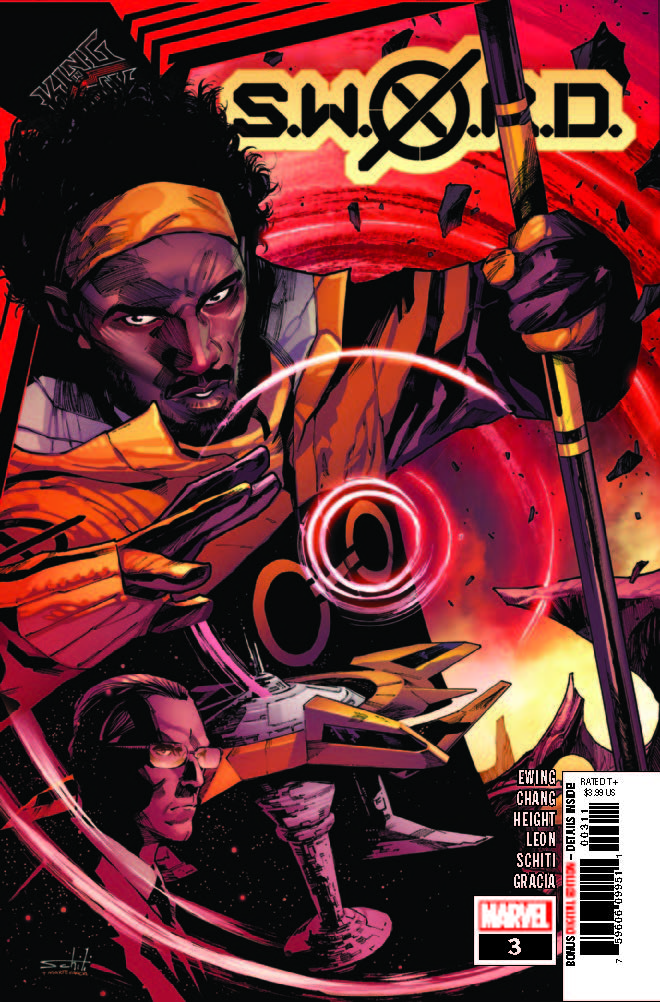 Al Ewing and Valerio Schiti’s S.W.O.R.D. has been nothing short of excellent. The series opened with a strong first issue that laid the foundation for some really interesting work that the newly reformed S.W.O.R.D. is doing. Then issue #2 elevated the stakes with some truly awesome storytelling.

There’s sure to be renewed interest in a title called S.W.O.R.D. given that the organization is front and center in Marvel Studios’ mind-blowingly epic WandaVision show on Disney+. Fans of the show will of course find that the comic iteration of the group has little in common with what we’ve seen thus far on the show, but hopefully it’s still a good gateway to a fantastic story.

S.W.O.R.D. #2 releases this Wednesday at your local comic book store!

Writer: Al Ewing
Penciler: Valerio Schiti
Cover Artist: Valerio Schiti
WHAT IS PROTOCOL V? The S.W.O.R.D. station is thrown in at the deep end of a planetary crisis as Krakoa battles the KING IN BLACK! While a cross-division team take on latex dragons from outer space, Abigail Brand prepares a deniable operation all her own. What is PROTOCOL V – and can the Earth survive it?