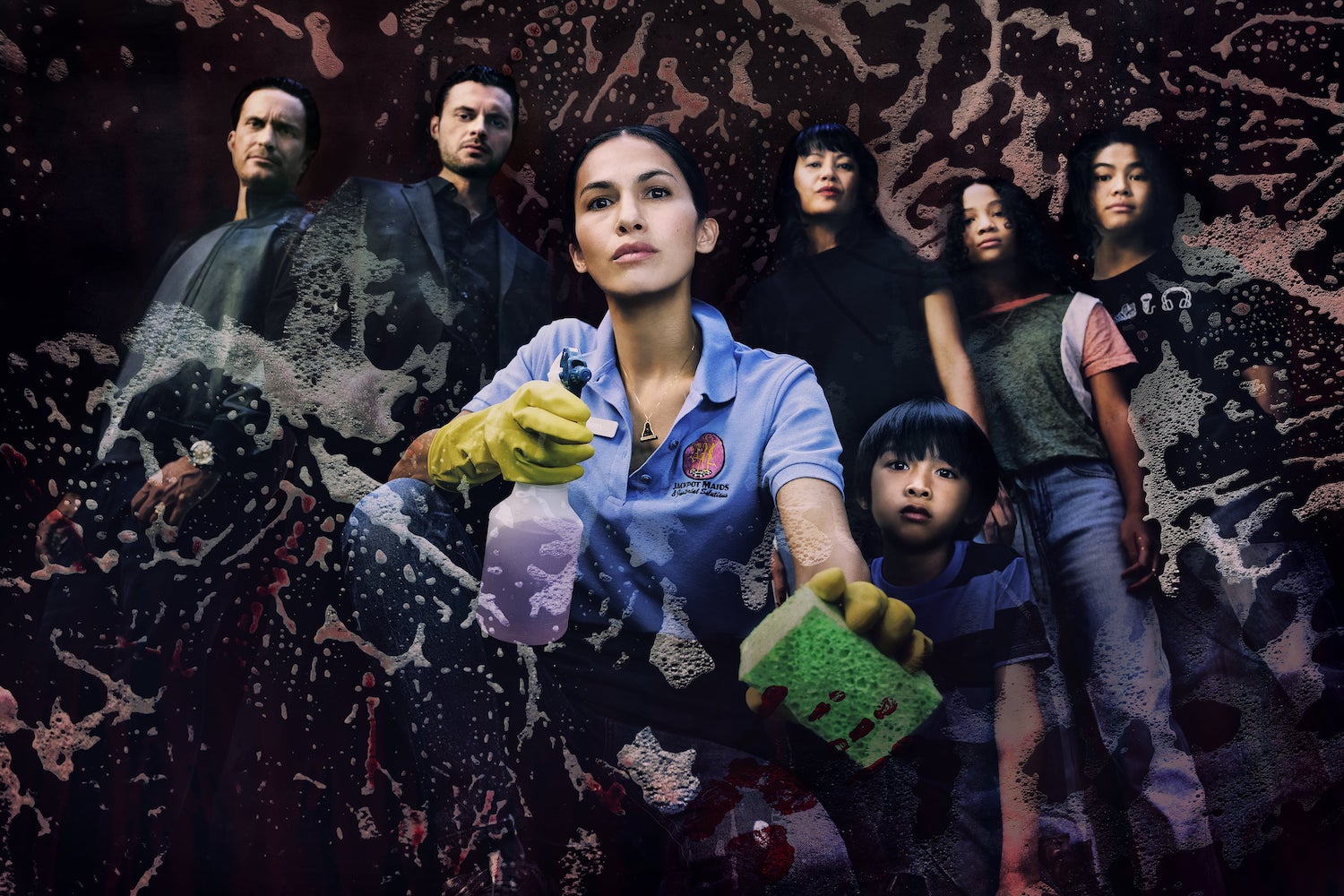 French-Cambodian actor Élodie Yung, best known for playing Elektra in Netflix’s Daredevil series, is back in Fox’s upcoming drama series, The Cleaning Lady. This time she plays an actual Cambodian character, a doctor who gets mixed up with the mob.

Fox released an intriguing key art, as well as a preview of the series, which premieres in January. The premise for the show is that Yung plays a doctor who was forced to come to the United States to help her son, and ends up working for mobsters and “cleaning up” evidence of their criminal activity.

I have to say, at first blush, I don’t love the title of the show, especially considering some of the stereotypical roles that Southeast Asian characters are given in most shows or films. The show was created by Miranda Kwok, serves as Executive Producer, so I’m glad to see that there is an Asian woman behind the show. Kwok previously worked as a supervising producer on The 100.

Not too much can be gleaned from the short preview, but it’s obvious that it is leaning on fairly well traveled themes of immigrant families and challenges with navigating the healthcare system in the United States. I don’t expect the show to delve too deeply into those societal issues, but I simply hope that the show is an exciting and entertaining vehicle for the underrated Yung.

About THE CLEANING LADY
The series stars Élodie Yung stars as a Cambodian doctor who moves to the U.S. for her son’s medical treatment but ends up having to work as a custodian for mobsters, cleaning up the evidence of their crimes. Oliver Hudson, Adan Canto, Martha Millan, Valentino LaSalle and Sebastien LaSalle also star. The series is produced by Warner Bros. Television and Fox Entertainment. Executive producers include pilot writer Miranda Kwok, showrunner Melissa Carter, Shay Mitchell, David Dean Portelli, Rose Marie Vega and Paola Suarez. Michael Offer directs and executive produces the pilot.

Fox’s breakout hit drama, The Cleaning Lady, continues to add exciting Southeast Asian talent to its roster. For season 2, the series has added...