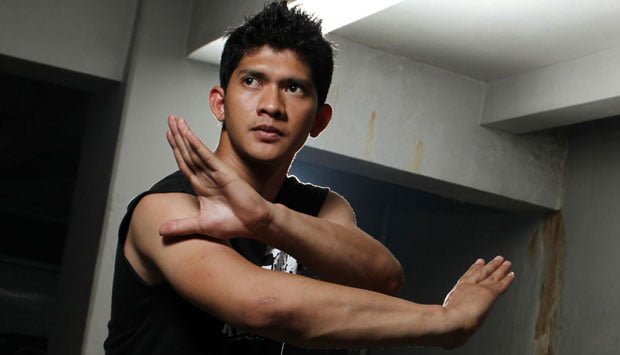 We’re in an era of martial arts renaissance in U.S. media. In 2015, AMC’s Into the Badlands, starring Daniel Wu, brought back martial arts to U.S. television for the first time in decades.  Since then we’ve seen Donnie Yen take down a squad of Stormtroopers using space martial arts in Star Wars; Rogue One and Bruce Lee’s 50 year old vision finally realized in Cinemax’s Warrior. Now Netflix is ready to get in on the action with Wu Assassins, a show written and executive produced by John Wirth and starring Indonesian martial arts star Iko Uwais (Uwais and his The Raid brethren were also in a Star Wars film, The Force Awakens, but I’m still not ready to talk about their crushingly disappointing roles).

What is Wu Assassins about? According to The Hollywood Reporter, Uwais plays “Kai Jin, an aspiring chef who becomes the latest assassin in a long-running battle between good and evil. It’s set in San Francisco’s famous Chinatown.”

Over the last year, there’s been a lot of talk on social media about the show, which also stars well known Asian actors like Byron Mann, Tzi Ma and Lewis Tan.  However, official information has been scarce, and fans have been forced to track down bits of information shared by the show’s cast and crew.  It’s no surprise then that the show’s release date of August 8th was revealed by one of the actors on the show, Tommy Flanagan, via his Instagram account:

August 8 is right around the corner and many wondered when we would get more official word. Today, Netflix finally shared an official first look at the show, revealing a clip of Uwais saving Tzi Ma’s character in a hallway and fighting off a gang of attackers in brutal fashion.

Every clip from Wu Assassins exerts a measurable force of up to 1,800 pounds per square inch so please don't sit too close to the screen. pic.twitter.com/MsjcJECmRk

Following the release of this clip, Executive Producer Stephen Fung (who also produced Into the Badlands) announced that the official trailer would drop tomorrow (July 23rd)! It’s finally happening and I expect to get more and more official reveals over the next two weeks!

This sneak peak was incredible and we see that the martial arts action will be raw and intense. This isn’t “wire-fu”. Instead the show seems to feature bone crushingly realistic fights scenes, which is no surprise considering Uwais brought over many of his fight choreography members from The Raid films and Stephen Fung also directs the first two episodes.

During San Diego Comic-Con this past weekend, I had the opportunity to meet and briefly chat with two of the show’s writers, Shawna and Julie Benson.  The super-heroic writing duo is known for their work on The 100 and both are also accomplished comic book writers. Of course, Shawna and Julie couldn’t spoil anything for the show, but they excitedly said to me that “Iko Uwais is amazing on the show!”

I love that the show is incorporating writers like Julie and Shawna, who bring both a TV and comic book perspective to the show. It’s also great to see Uwais get a starring role in a U.S. show and I hope this will cause more fans to realize just how awesome he is. More to come by August 8th!