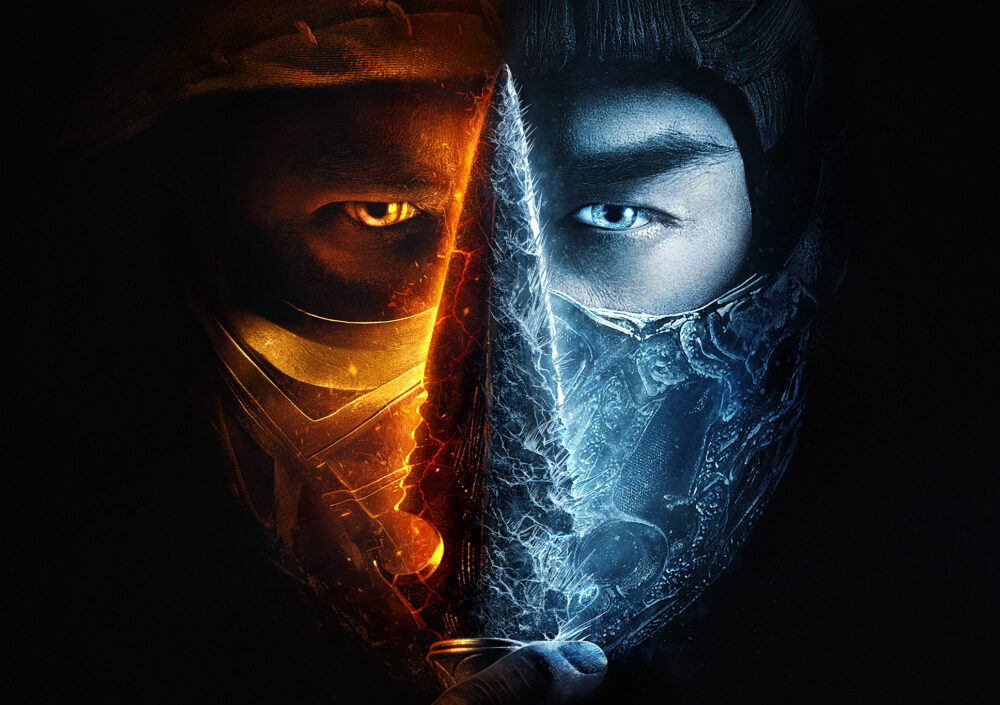 When you think about Mortal Kombat, the first thing you think of is awesomely gory fights. But even the coolest fight scenes fall a little flat without a pulse-pounding soundtrack behind them!

Thankfully, New Line Cinema and Warner Bros. seem well aware of the importance of a great film soundtrack for its upcoming Mortal Kombat film as they’ve tapped Golden Globe nominated, Grammy nominated and Emmy nominated composer Benjamin Wallfisch to score the film. Wallfisch is known for his work on It, It Chapter 2, Shazam and Blade Runner: 2049 with Hans Zimmer.

The first single from the album, “Techno Syndrome 2021 (Mortal Kombat),” dropped today, and is described as Wallfisch’s musical homage to the music, fans, and enduring lineage of Mortal Kombat. The track was produced and performed by Wallfisch and mixed and mastered by Tom Norris (Skrillex, Gaga, Zedd).

Listen to “Techno Syndrome 2021 (Mortal Kombat)” now and check out all the details on the upcoming soundtrack below.

Mortal Kombat is already out in some international markets (so be wary of spoilers!) and releases in U.S. theaters and on HBO Max on April 23rd!

That dragon marking…it’s an invitation to fight for something known as Mortal Kombat!

LOS ANGELES, CA – APRIL 9, 2021 – WaterTower Music is excited to announce the April 16 release of the soundtrack to New Line Cinema’s explosive new movie “Mortal Kombat,” which brings to life the intense action of the blockbuster video game franchise in all its brutal glory, pitting the all-time, fan-favorite champions against one another in the ultimate, no-holds-barred, gory battle that pushes them to their very limits. The film, helmed by award-winning Australian commercial filmmaker Simon McQuoid marking his feature directorial debut, is set for release nationwide in theaters on April 23 and will be available in the U.S. on HBO Max in 4K UHD, HDR10, Dolby Vision, Dolby Atmos on supported devices for 31 days from theatrical release. It will be distributed worldwide by Warner Bros. Pictures.

The Mortal Kombat (Original Motion Picture Soundtrack) contains all new score by Golden Globe-, Emmy-, and Grammy-nominated composer Benjamin Wallfisch (IT and IT Chapter 2, Shazam, Blade Runner: 2049 [w/ Hans Zimmer]). And today, the first single from the album was released. “Techno Syndrome 2021 (Mortal Kombat)” is composer Benjamin Wallfisch’s musical homage to the music, fans, and enduring lineage of Mortal Kombat. The track was produced and performed by Wallfisch and mixed and mastered by Tom Norris (Skrillex, Gaga, Zedd).

Director Simon McQuoid discussed working with Wallfisch on the score and on “Techno Syndrome 2021.” “Ben and I both knew that we needed to use the classic Immortals track ‘Techno Syndrome’ as source material for the entire score of ‘Mortal Kombat.’ But along with that, we knew that an updated, elevated version of the song also needed to be created, and Ben certainly delivered. I am so excited by this new 2021 version of the track; when I first heard it, it blew my mind. Actually, Ben kind of blew my mind on a daily basis through the making of this film, so we can all thank Benjamin Wallfisch for his genius and passion in creating ‘Techno Syndrome 2021.’”

Benjamin Wallfisch further elaborated. “When I was invited to come on board ‘Mortal Kombat,’ I was very aware of the responsibility that comes with scoring a franchise so deeply embedded in pop culture and with such a passionate fanbase. My first question was what can we do with ‘Techno Syndrome,’ a piece of music so much part of the DNA of the game and the original movies? What motifs could be reinvented and blown up to a full-scale symphonic sound world in the score, and might there be room for a full reinvention of the whole song as an EDM single in 2021? A huge thank you to The Immortals for giving us their blessing to reimagine their classic track in this way, as a celebration of the world of Mortal Kombat and its fans, and of the uplifting power of Electronic Dance Music, which the original did so much to light the fuse of 30 years ago.”

The soundtrack release date is set for April 16 and features 24 tracks by Wallfisch, who interpreted the film’s themes and emphasized the story’s hard-driving, visceral action through his music. Fans will be thrilled to hear the composer’s heart-pumping score, which includes themes for such characters as Lord Raiden, Sub-Zero, Sonya Blade, Cole Young, Shang Tsung, Liu Kang, and Kung Lao, among others, and epic battle themes from the film, including “Kano v Reptile” and “Sub-Zero v Cole Young.”

In “Mortal Kombat,” MMA fighter Cole Young, accustomed to taking a beating for money, is unaware of his heritage—or why Outworld’s Sorcerer Shang Tsung has sent his best warrior, Sub-Zero, an otherworldly Cryomancer, to hunt him down.  Fearing for his family’s safety, Cole goes in search of Sonya Blade at the direction of Jax, a Special Forces Major who bears the same strange dragon marking Cole was born with.  Soon, he finds himself at the temple of Lord Raiden, an Elder God and the protector of Earthrealm, who grants sanctuary to those who bear the mark.  Here, Cole trains with experienced warriors Liu Kang, Kung Lao and rogue mercenary Kano, as he prepares to stand with Earth’s greatest champions against the enemies from Outworld in a high stakes battle for the universe.  But will Cole be pushed hard enough to unlock his arcana—the immense power from within his soul—in time to save not only his family, but to stop Outworld once and for all?

The diverse international cast reflects the global nature of the brand, with talent spanning the worlds of film, television and martial arts.  The ensemble includes Lewis Tan as Cole Young; Jessica McNamee as Sonya Blade; Josh Lawson as Kano; Tadanobu Asano as Lord Raiden; Mehcad Brooks as Jax; Ludi Lin as Liu Kang; with Chin Han as Shang Tsung; Joe Taslim as Bi-Han and Sub-Zero; and Hiroyuki Sanada as Hanzo Hasashi and Scorpion.  Also featured are Max Huang as Kung Lao and Sisi Stringer as Mileena.

McQuoid directed from a screenplay by Greg Russo and Dave Callaham, from a story by Oren Uziel and Russo, based on the video game created by Ed Boon and John Tobias.  Richard Brener, Dave Neustadter, Victoria Palmeri, Michael Clear, Jeremy Stein and Larry Kasanoff served as executive producers.

New Line Cinema Presents an Atomic Monster/Broken Road Production, “Mortal Kombat.”  The film is set for release nationwide in theaters and will be available in the U.S. on HBO Max in 4K UHD, HDR10, Dolby Vision, Dolby Atmos on supported devices for 31 days from theatrical release.  It will be distributed worldwide by Warner Bros. Pictures.

“Mortal Kombat” is rated R for strong bloody violence and language throughout, and some crude references.

Benjamin Wallfischscored Andy Muschietti’s “IT” and “IT Chapter Two,” David F. Sandberg’s “SHAZAM!,” Leigh Whannell’s “The Invisible Man,” and is co-composer of Denis Villeneuve’s “Blade Runner 2049” (with Hans Zimmer). Wallfisch has worked on over 75 feature films and received Golden Globe and BAFTA nominations, and was twice Grammy- and Emmy-nominated.

With over 25 albums of his music released to date, Wallfisch has performed live in over 100 concerts worldwide, leading orchestras such as the London Philharmonic, Philharmonia, Los Angeles Philharmonic, Los Angeles Chamber Orchestra and the Sydney Symphony at venues including the Hollywood Bowl, Sydney Opera House and Royal Festival Hall. He has collaborated, recorded and performed his music with artists including Lang Lang, Herbie Hancock and Yuja Wang, and has over 50 concert music commissions to his name.

WaterTower Music, the in-house label for the WarnerMedia companies, releases recorded music as rich and diverse as the companies themselves. It has been the soundtrack home to many of the world’s most iconic films, television shows and games since 2001.