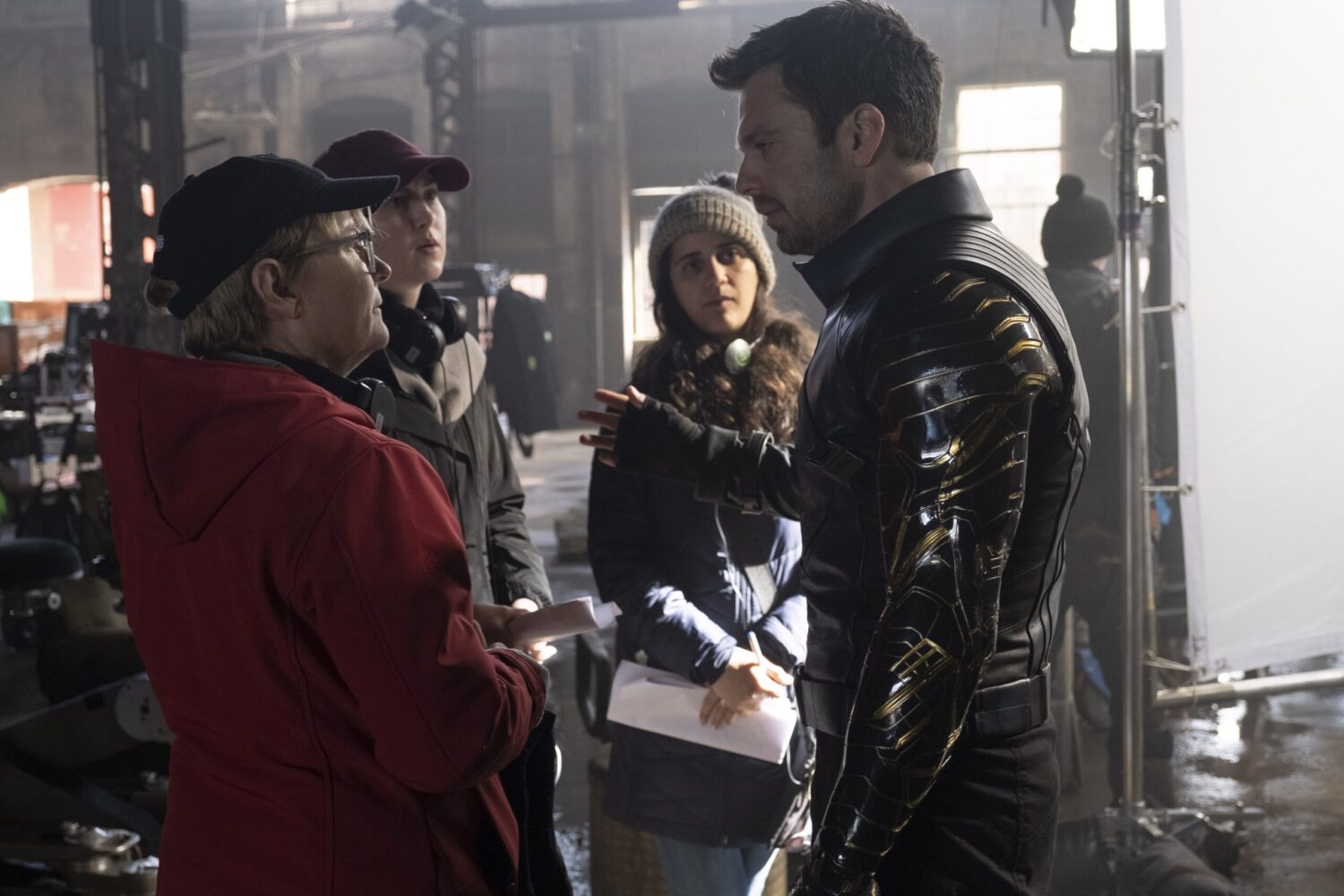 Marvel Studios’ The Falcon and the Winter Soldier is finally here! As I outlined in my light spoiler review of the first episode, the show is a worthy successor to the absurdly high level of storytelling that WandaVision achieved.

Previously, I wrote about how, at the global press conference for the show, Anthony Mackie and Sebastian Stan talked about their growth and evolution, both in their friendship with each other, and their connection to their respective characters.

Also speaking at the press conference were Marvel Studios Grand Master Kevin Feige, head writer Malcolm Spellman, and director Kari Skogland, The Falcon and The Winter Soldier creators talked about the approach to creating this show and delving more deeply into who these characters are.

As many are aware, The Falcon and the Winter Soldier was originally intended to kick off the Disney+ era of the Marvel Cinematic Universe, and thus the creators approached the show recognizing the responsibility they had to honor the legacy of the films.

“It was really meant to prove to ourselves, to the audience and to Mr. [Anthony] Mackie and [Sebastian] Stan there that just because it’s on TV doesn’t mean it’s not gonna be as big as it possibly could be as a movie, and that we were working just as hard on it and putting all of our blood, sweat, and tears into,” Feige said.

From the opening moments of the first episode, the commitment to making the show as big as a feature film is evident. The series opens with one of the best action sequences of any film, and that is no coincidence.

“We kept saying, ‘If we’re gonna do a series with Falcon and Winter Soldier in it, we need to at least start off with the best action that we’ve ever seen,'” Feige said. “And more importantly, as I think you also see in that first episode, and will see much more of over the course of the series, learn who the heck they are.”

Another reason The Falcon and the Winter Soldier cast is important is its impact on the larger MCU. As critical as Steve Rogers was (is?) to the MCU, Sam and Bucky carry the torch, and will continue to grow in their respective importance. “The characters of Bucky and Sam are essential to the MCU and as they change or as they evolve, or whatever they go through, could and should have a big impact on the MCU,” Feige said.

For veteran TV director Kari Skogland, whose extensive credits include Vikings, Power and House of Cards, her approach was to create an extended feature film. “I approached [it] like a film. From the beginning, as Kevin said, we were making a six-hour film….Malcolm and I did a lot of looking at movies and shows, but primarily movies that were in our paradigm, ’cause we have a buddy-cop kind of relationship going on…I looked as crazy as David Lean or even like, I looked at Midnight Cowboy,” Skogland said.

While her approach to the project was to tell a story worthy of film, Skogland embraced the flexibility and depth that TV allows, which is rare for a superhero story. “I’ve been calling the movies…they’re like the snack, and this is like the meal,” Skogland said. “And you really can get involved with the characters in a way in six hours that you’re just not able to in a film.”

Writer Malcolm Spellman (Hip-Hop Uncovered, Empire) pointed to the 2016 film Captain America: Civil War as the reason for the show’s existence. As I mentioned previously, the moment in that film with Sam and Bucky essentially served as proof of concept for the series.

“There was about a 12-second moment [in] Civil War where it feels like every single Marvel fan, Kevin Feige, and all his cabal partners knew that these two guys were gonna be able to support a movie or a franchise,” Spellman said. “In that 12 seconds, everybody knew what it was gonna be, and that’s just sort of a transcendent thing….You can go from as gritty as 48 Hrs. to as comedic as Rush Hour, but in between there is sorta, like, that first Lethal Weapon and that first Bad Boys.”

Spellman picks up his story soon after Avengers: Endgame, which laid the foundation for the show with a singular event that is life-changing for every single person on Earth, both heroes and villains. He likened it to what we’re going through now with the pandemic.

“I think what worked out really nicely was that where Endgame leaves off, Thanos has created this situation where the entire world is dealing with one single issue. Which is very familiar to what’s going on today, and everything is born from that,” Spellman said. “The villains in this series are responding to that. And in fact, every villain in the series would tell you he or she is a hero. The heroes are responding to that in their personal lives.”

Of course, with any TV series, there’s always the question of what comes next and whether there will be a second season. Ironically, the Marvel Cinematic Universe films, where sequels are expected, have often been compared to a TV series.

We really did approach it like we do the movies. Which is, we better make this great, or we won’t be able to do another one. If we were able to do another one, there’s certainly ideas.  The slight difference, of course, is, as you’ve all heard me say, and I think is becoming clear, with Wandavision, that they really will go back and forth between Disney+ series and the  Marvel Studios features. So, where characters show up and how…sometimes will be in a direct season two, sometimes will be in a feature, and then into an additional season. We’re just not gonna say who does what right this second.

What’s apparent about Marvel Studios’ approach to the Disney+ shows is that they are a genuine and authentic extension of the feature films. Shortcuts were not taken, stories were not sacrificed and certainly, budget was not spared. The result, as we’ve seen already through 9 incredible episodes of WandaVision and the premiere of The Falcon and the Winter Soldier, is the combination of story and spectacle rarely seen on TV.

I will just end and say that we never would have attempted this or tried this or had been excited to bring a series to Disney+ if we didn’t have unbelievable actors like Anthony Mackie and Sebastian Stan playing these characters and being able to bring them to life and know that we can pile six hours on and it will work and they could go further. And obviously with Malcolm and Kari bringing them to life in ways that are above and beyond. And not on this call, Nate Moore and Zoie Nagelhout, who bought in Malcolm and Kari and who were there every single day, all making what this show is, which as Anthony rightly says, the show that doesn’t suck. It doesn’t suck.

The Falcon and the Winter Soldier streams every Friday exclusively on Disney+!