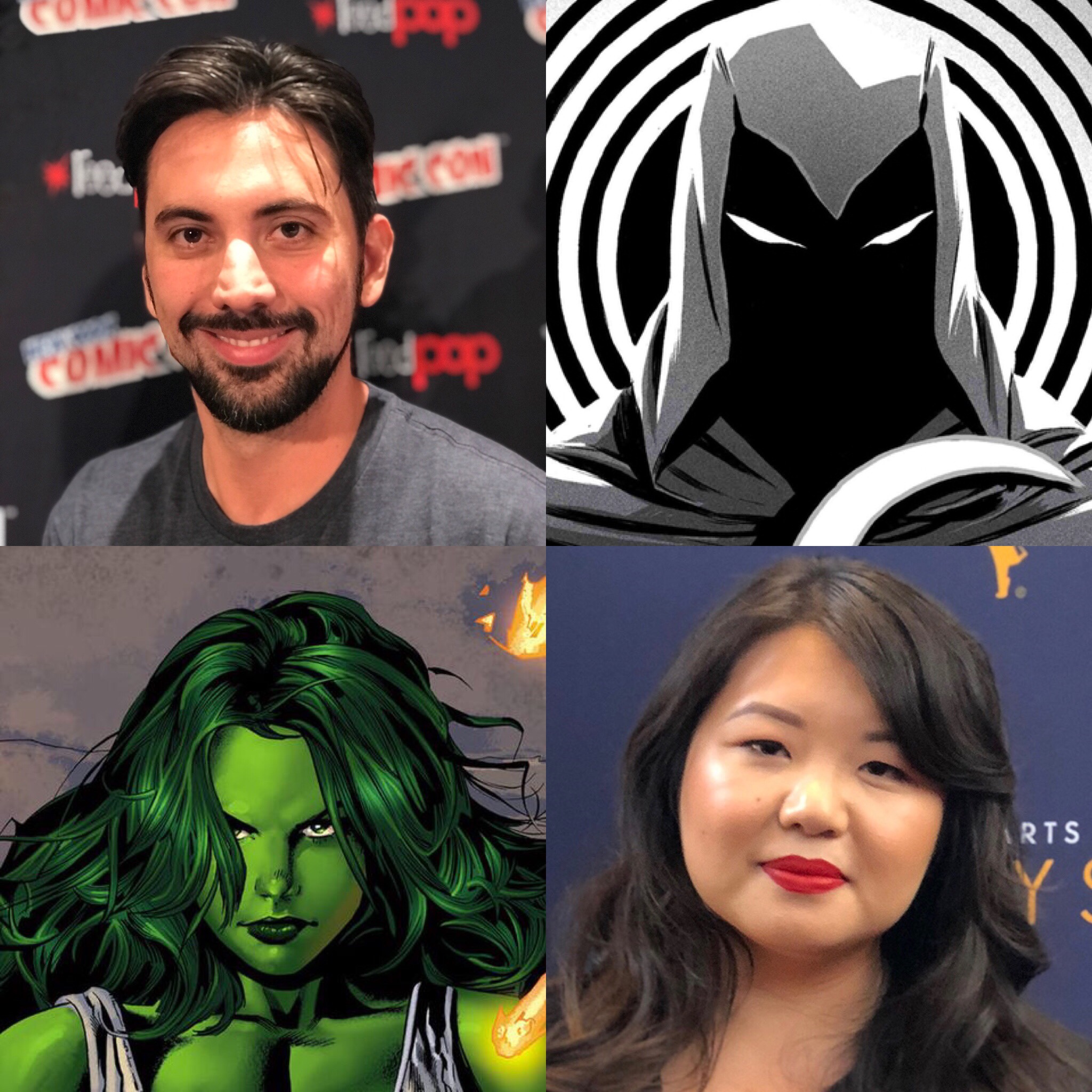 We are just a few days away from the absurdly anticipated launch of Disney’s streaming platform Disney+ and today The Hollywood Reporter broke the news that Marvel Studios has found their lead writers for two of their upcoming Disney Plus shows. Jessica Gao, the Emmy award winning writer for Rick and Morty, has been tapped as the lead writer for She-Hulk, and Jeremy Slater, who developed Umbrella Academy for Netflix, has been hired for Moon Knight.

These are two absolutely home run hires for Marvel Studios. Jessica Gao is a hot commodity, coming off a very successful run with Rick and Morty, where she wrote the episode titled “Pickle Rick” and was awarded an Emmy. More recently, Gao developed a comedy about a Chinese-American woman, which was given a pilot order by ABC. Gao will reportedly develop and lead the writing team for She-Hulk, which is in development for Disney+. As for Moon Knight, Jeremy Slater is best known for adapting the comic series Umbrella Academy for Netflix, which was well received for its unique vision. Both undoubtedly had many options as their respective stars are on the rise and it’s a great sign that they joined Marvel’s Disney+ projects.

Not only do Gao and Slater bring strong experience to the Marvel universe, but given their past works, it’s reasonable to expect that both will bring a fun and original approach to their respective shows. She-Hulk and Moon Knight are both established comic characters, but at the same time, they’re not quite household names for most general consumers. That should allow both Gao and Slater to take unconventional approaches to their characters and don’t even necessarily have to stick to the comics canon. Given that these two shows, along with the Ms. Marvel show in development, will essentially launch the Marvel Cinematic Universe on Disney+, there is a lot riding on their success.

In particular, it’s really great to see Gao given the keys to a major project like this. Of course, Rick and Morty is a massive success, with some considering it to be the best show on TV, but the opportunity to be a major part of the Marvel Universe is a significant achievement for anyone, especially a woman of color.

The Disney+ Marvel Cinematic Universe looks to be off to a great start and hopefully we won’t have to wait too long until these shows premiere!

In this article:Disney Plus, DisneyPlus, Moon Knight, She-Hulk