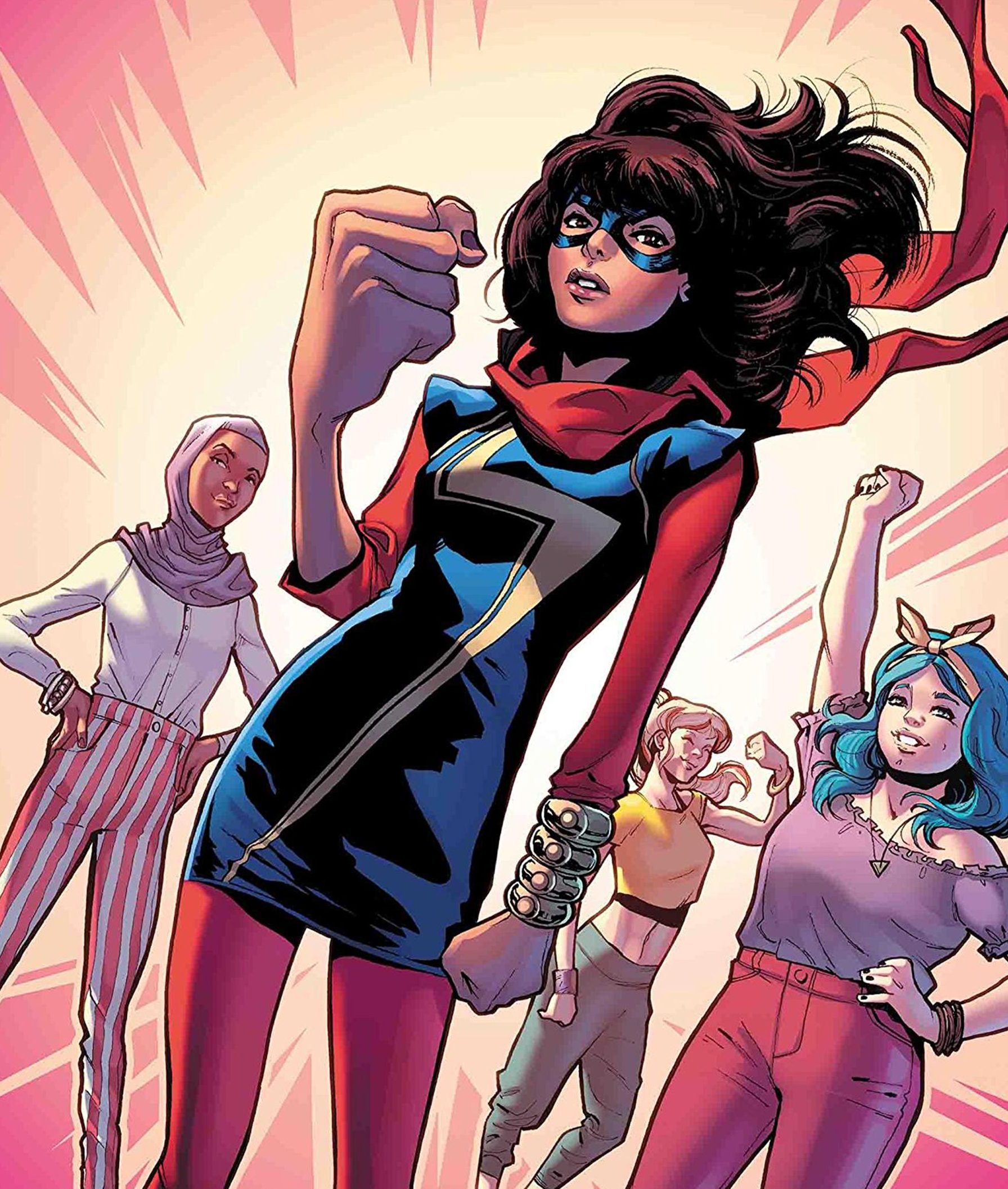 The news in and around the D23 Expo keeps coming! According to The Hollywood Reporter, Marvel Studios is developing a Ms. Marvel series for Disney+ with Bisha K. Ali to write and act as the Showrunner. Ali is a writer and standup comedian who is currently working on MGM and Universal’s adaptation of Four Weddings and a Funeral for Hulu.

Ms. Marvel, otherwise known as Kamala Khan, is a Pakinstani-American character and the the first Muslim superhero to have her own Marvel comic.

Khan has been an extremely popular character in comics since her introduction in Captain Marvel #14 in 2013 and has been an important figure in Marvel’s pool of diverse characters. Ever since the Carol Danvers version of Captain Marvel appeared in the Marvel Cinematic Universe, many fans were eagerly anticipating Khan’s introduction. This series would be a great way to not only introduce her character, but hopefully really flesh her out to an audience that might not be as familiar. At San Diego Comic-Con, Marvel Studios President Kevin Feige mentioned that the MCU Disney+ shows would be a part of the larger cinematic universe so this news absolutely means we are likely to see Khan in a feature film in the near future!