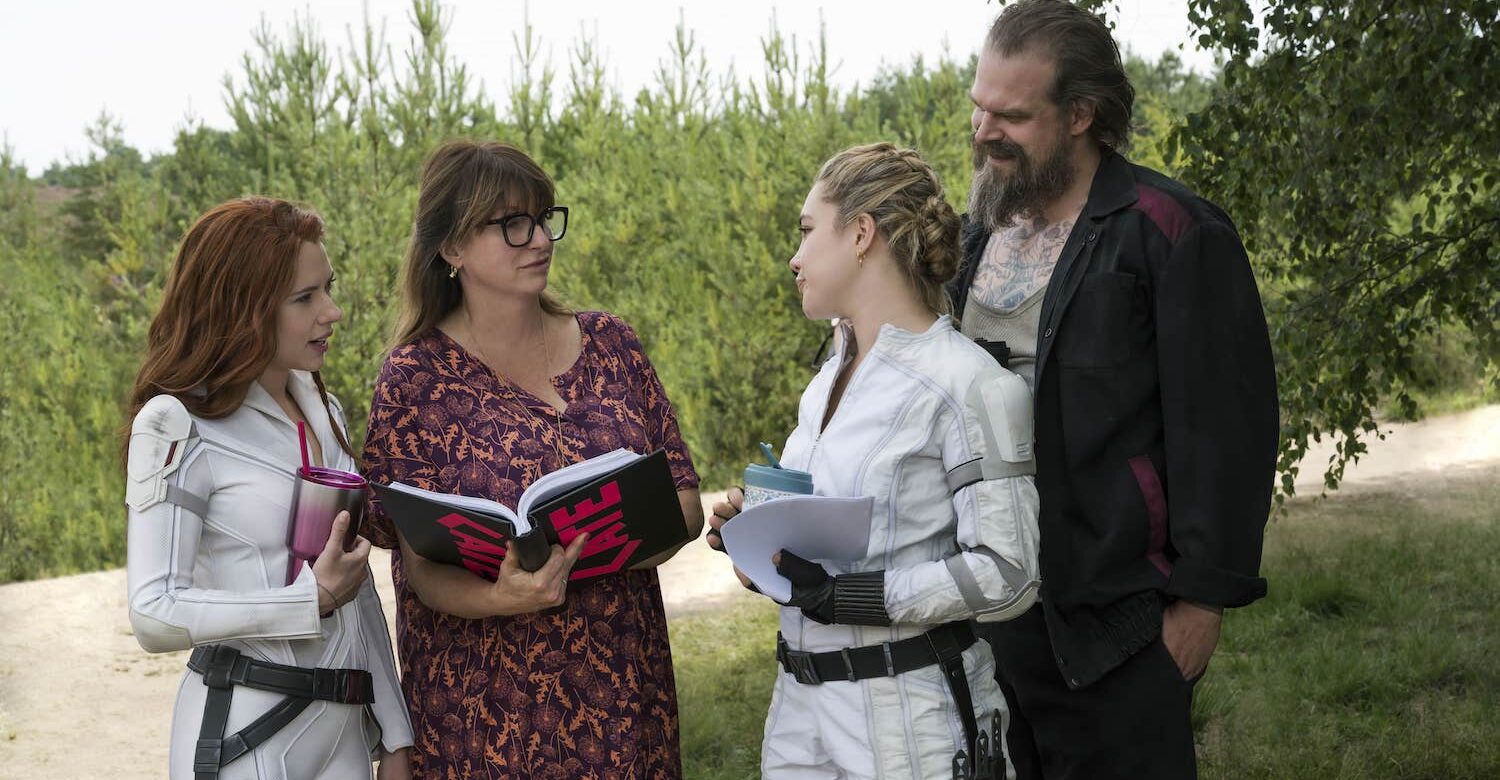 Marvel Studios’ long awaited film Black Widow is a unique project for the studio on a variety of levels. Not only is it the first MCU film starring a female superhero, it’s a story about a character who already died, and Marvel Studios’ first prequel film. Especially with a character like Natasha Romanoff, whose past is shrouded in mystery, a prequel film could have gone in any number of ways.

In my review of Black Widow, I wrote about how the film managed to balance telling a prequel story that plants seeds for the future.

One of the first creative decisions for Black Widow was determining which part of Natasha Romanoff’s past this film would focus on. Kevin Feige mentioned that the period between Captain America: Civil War and Avengers: Infinity War provided a uniquely interesting window to tell a Black Widow story. “[W]e very specifically knew there was a large period of her life that we didn’t know about. Not just her childhood, but this period of time between Civil War and Infinity War. And that period we felt was ripe to creatively focus on, to be able to discover more about her past and more about her present,” Feige said.

Shortland talked about the how the goal for the film was always to balance the action with the emotions. “From the beginning when we spoke about the film, we knew that it had to speak to two things, which was Natasha as an individual and then what had happened to her and who she was at the beginning of the film, which was, she was completely alone,” Shortland said. “And then we knew as well that – I wanted it to be really fun and to have this incredible…I kinda thought it should be like a fairground ride, so [a] really exhilarating. So I suppose we just thought we wanted it to be both, but we wanted it to be raw and that those things would seamlessly mesh together.”

As MCU fans are well aware by now, Natasha Romanoff is a complicated character who has a terrible past, and who has endured many traumatic experiences. And yet, despite that dark history, Romanoff is a character who has often added levity and wry humor into MCU films. Black Widow expands on those elements of Natasha’s characteristics. “[I]t was always like putting her at the center of it, but making sure that we didn’t let the trauma of her past drag it down, that rather that we came up to answer it. And we often did that with humor,” Shortland said.

Because Black Widow is the first MCU prequel film, many fans have wondered whether there might be plans for additional prequel stories for other MCU characters. Journalist Jesus Aguto posed that very question to Feige, who indicated an open mind to prequel stories, but noted the unique nature of this film. “Well, certainly this film and this story is a particular case for Natasha. But the notion of exploring the past, present, and future of the MCU is certainly in the cards for all of our characters. This particular story with this particular cast is very personal, very specific to Natasha,” Feige said.

Natasha Romanoff aka Black Widow confronts the darker parts of her ledger when a dangerous conspiracy with ties to her past arises. Pursued by a force that will stop at nothing to bring her down, Natasha must deal with her history as a spy and the broken relationships left in her wake long before she became an Avenger. Joining Johansson in the new feature film are Florence Pugh as Yelena, David Harbour as Alexei/The Red Guardian, and Rachel Weisz as Melina. “Black Widow” —the first film in Phase Four of the Marvel Cinematic Universe—is directed by Cate Shortland and produced by Kevin Feige.