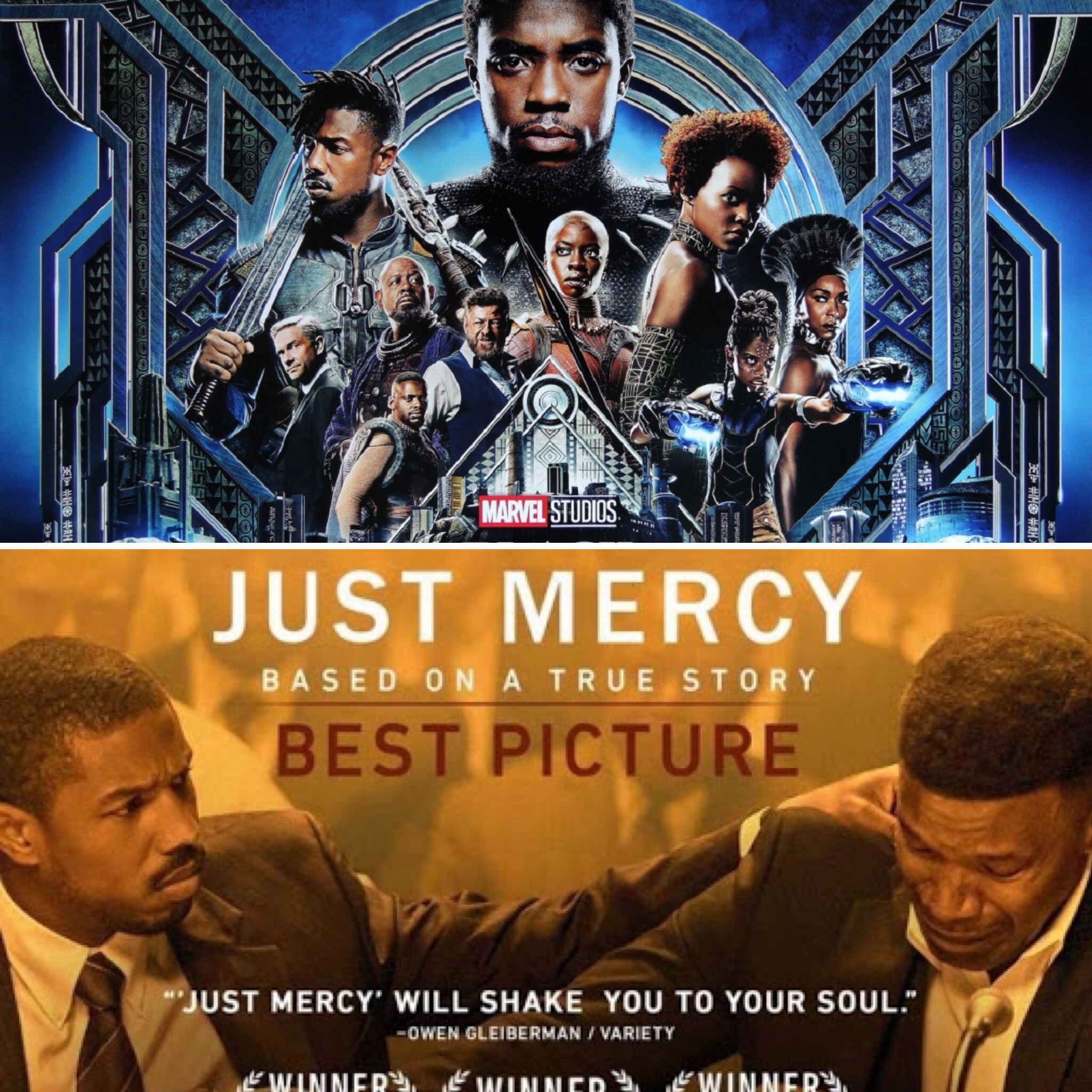 Prepare for an epic superhero team-up in honor of Juneteenth! TNT, TBS and truTV are coordinating a one-hour special on all channels tonight featuring two of my favorite films, Marvel Studios Black Panther and Warner Bros. Pictures Just Mercy.

The Michael B. Jordan marathon will be hosted by Black-ish Star Anthony Anderson, with special appearances by Bryan Stevenson, the founder of the Equal Justice Initiative and the basis of the Just Mercy film, Senator Kamala Harris and comedian/CNN host W. Kamau Bell. Artist Andra Day will perform her Grammy-nominated song “Rise Up,” and Black Panther comic writer Reginald Hudlin serves as Executive Producer.

The special begins on all three channels at 7 PM ET/PT and is sure to be a can’t miss event! check the press release below for additional details.

TNT, TBS, and truTV will come together this Friday, June 19th for a special one-night-only on-air roadblock showcasing critically acclaimed films BLACK PANTHER and JUST MERCY, along with reflections from distinguished guests about the personal impact these films had on their lives and the culture.

Host Anthony Anderson will be joined by guests, including Bryan Stevenson of the Equal Justice Initiative (whom JUST MERCY is based on), Senator Kamala Harris and CNN’s W. Kamau Bell. Additionally, Andra Day will perform her Grammy-nominated song “Rise Up.” Reginald Hudlin, who wrote for the BLACK PANTHER graphic novel series, serves as executive producer of the special content, along with executive producer Phil Gurin and co-executive producer Byron Phillips.

ABOUT MARVEL STUDIOS’BLACK PANTHER
In Marvel Studios’ BLACK PANTHER, T’Challa (Chadwick Boseman) returns home to the hidden high-tech African nation of Wakanda to succeed to the throne and take his rightful place as king, following the death of his father. But when a man named Killmonger (Michael B. Jordan) appears, T’Challa’s mettle as king—and Black Panther—is tested when he’s drawn into a formidable conflict that puts the fate of Wakanda and the entire world at risk. Pitted against his own family, the king must rally his allies and release the full power of Black Panther to defeat his foes and embrace his future as an Avenger.

ABOUT JUST MERCY
Warner Bros. Pictures’ JUST MERCY is based on the powerful and thought-provoking true story of young lawyer Bryan Stevenson (Michael B. Jordan) and his history-making battle for justice. After graduating from Harvard, Bryan had his pick of lucrative jobs. Instead, he heads to Alabama to defend those wrongly condemned or who were not afforded proper representation, with the support of local advocate Eva Ansley (Brie Larson). One of his first, and most incendiary, cases is that of Walter McMillian (Jamie Foxx), who, in 1987, was sentenced to die for the notorious murder of an 18-year-old girl, despite a preponderance of evidence proving his innocence and the fact that the main testimony against him came from a criminal with a motive to lie. In the years that follow, Bryan becomes embroiled in a labyrinth of legal and political maneuverings, as well as overt and unabashed racism as he fights for Walter, and others like him, with the odds—and the system—stacked against them.