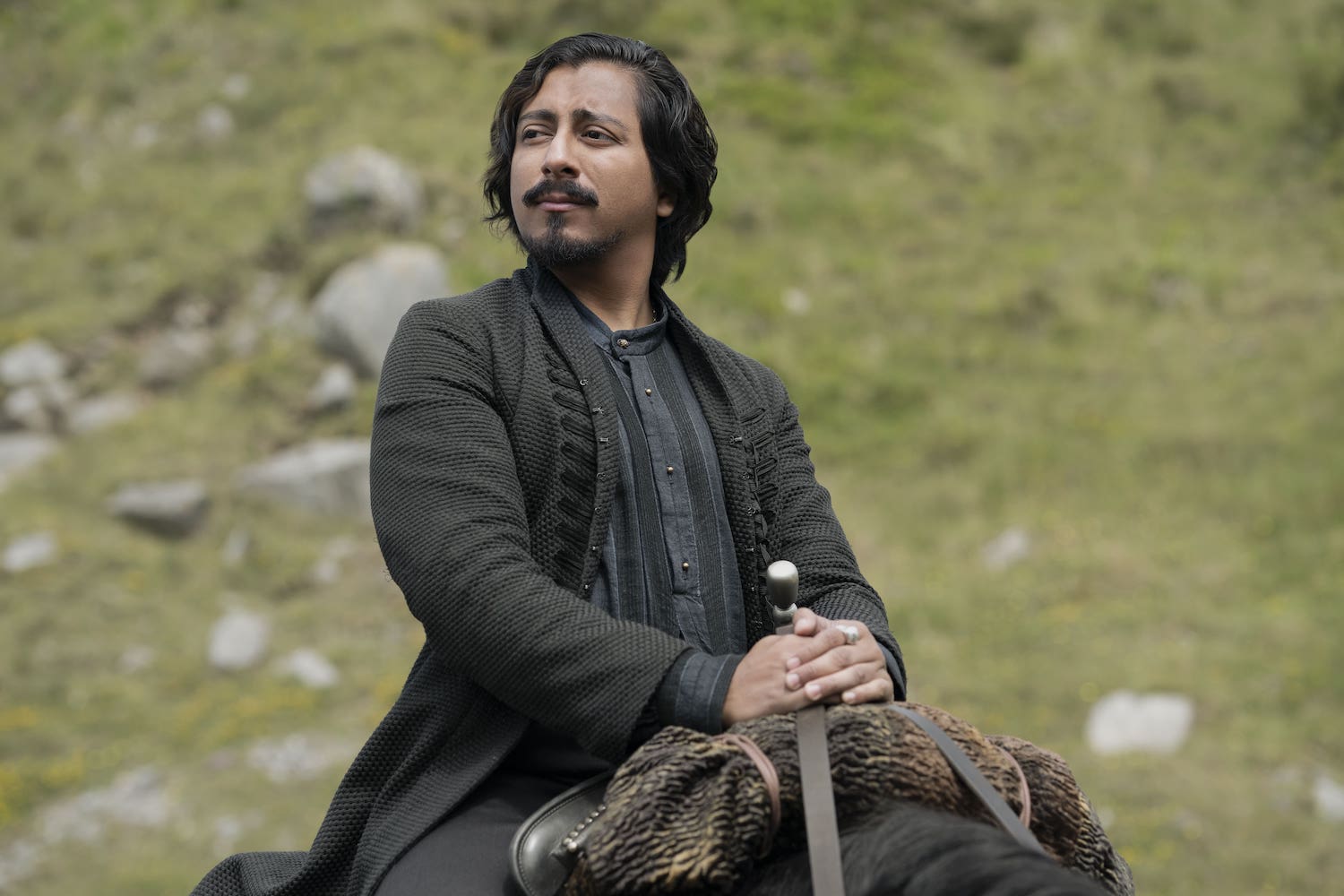 The sequel to the 1988 classic film of the same name, the new Willow series continues the classic story with the next generation. Among the next generation of characters is Tony Revolori’s Prince Graydon of Galladoorn. Revolori is a veteran of blockbuster projects, having starred in three Spider-Man films as the hilarious Flash Thompson.

I had the chance to speak with Revolori about how being a part of Willow compared to Spider-Man, moving to Wales with the cast during production, and the training involved for the show.

This interview has been edited for clarity and conciseness.

JORGIE: I know you’ve been a fan of Willow since you were a kid. Can you talk me through being a fan and then having the chance to join the show? Was it overwhelming, like, “Oh my God, I’m gonna be in Willow?”

TONY REVOLORI: You know, to be honest, it was less so emphatic. I obviously was a fan of the original movie, but you know, it’s something that kind of disappeared in my head. Especially with so much content out there now and so much fan fulfillment, you know, in Star Wars and Marvel and DC and all these big pictures. I had forgotten about Willow for years. So when it came up, it was a very happy welcome surprise. And then, when I got the part, it was exciting, you know, I was surprised and it was something that I kind of owed to do for my childhood.

JORGIE: Willow is so popular and I hadn’t seen the original until recently and I fell in love with it. I watched the film and then I went straight to watching your show. Speaking of these major franchises like Marvel, what were some differences in working on a Lucasfilm property like Willow versus working on the Spider-Man films?

TONY REVOLORI: You know, the big difference I think is the setting for me. It kind of is somewhat similar in scope and grand scale. But in the Spider-Man franchise, we’re in a building, we’re in regular clothes, we’re kind of, a little bit more CG heavy in terms of villains and explosions and things like that. While this fantasy series, we are actually up in the mountains, you know, wearing whatever these clothes are, swinging around real swords and things like that. So, you know, there’s a lot more physicality to it. And I think that was the biggest difference that I wasn’t as prepared for as I wish I was.

JORGIE: What was your favorite thing to train for? I heard some stories about horse riding training.

TONY REVOLORI: Yeah [laughing]. I think that was my least favorite to do. I don’t know why I’m not good on a horse, but I’m not. I think my favorite thing to do was stunt training. It’s always really fun learning a new skill. I didn’t have much to do in terms of actually using a sword in the show, I don’t think I actually ever did, but it was so much fun to just learn and kind of like, mock fight with my co-stars before we knew what the stunt choreography was gonna be.

TONY REVOLORI: It was so much fun. I mean, we instantly got along. We had been talking, you know, for the weeks and months prior to going to set in like a text chain that we had, and it was just so much fun. By the time we got to set, we were all close friends, and it only just became better as we got together. Every day was a hangout, every night was a dinner and it was the best time. I truly do love them and we all just got along and kind of hung out and had fun, which is wonderful.

JORGIE: I love that. Sounds like it was almost a vacation, while working on a very major show of course. Could you tell me about a favorite day on set?

TONY REVOLORI: Favorite day? Hmm. Oh man, there are a couple. I think maybe my favorite day was shooting episode…probably seven. There’s a moment when we were kind of on this ship/skiff thing. And it was so much fun because we all were just kind of like hunkered inside. We were on a beach [in Tenby], and because it was very windy and cold, whenever we weren’t rolling, we would huddle inside the little skiff. And we would just be playing there all day and making jokes and…that was a really, really fun day.

JORGIE: That episode was one of my favorites. I really enjoyed your character in this, especially as a Latinx person getting to see you as the Prince of Galladoorn, and that’s one of the big places from the original film. It was so cool to just see Latinx representation. Can you tease anything coming up for your character?

TONY REVOLORI: You know, I think…not to compare to another fantasy franchise, but this haunted house episode was really our Rivendell, Frodo gets stabbed and healed and then now they’re on their journey and it’s the fellowship starting. I feel like this is the point where the show really…the next couple of episodes and throughout the rest of the series…we’re kind of gonna get into a lot of more interpersonal dynamics, the backstories on a couple of other characters, and honestly, just a lot more fun.

I think [in] the later episodes, we were allowed to play and have a little bit more fun between the characters and I think that’s gonna be great. And also new places that we’ve never seen before. You know, great characters, great cameos. What else can I tease? Honestly, I think that’s all I can say because I want the fans to find it with everyone together.

JORGIE: Of course! I wanted to ask you – other than your character, who would you say is your favorite in the show?

TONY REVOLORI: Oh, putting me on the spot! Hmm. You know what, only because I loved him so much, but Ralph Ineson is incredible and I just wanna have his voice. So Commander Ballantine. But also, Hannah Waddingham just absolutely just stole episode three in my opinion. So maybe her character, because I really, really love the way she speaks.

JORGIE: Awesome. It was such a pleasure to talk to you. Thank you so much for your time.