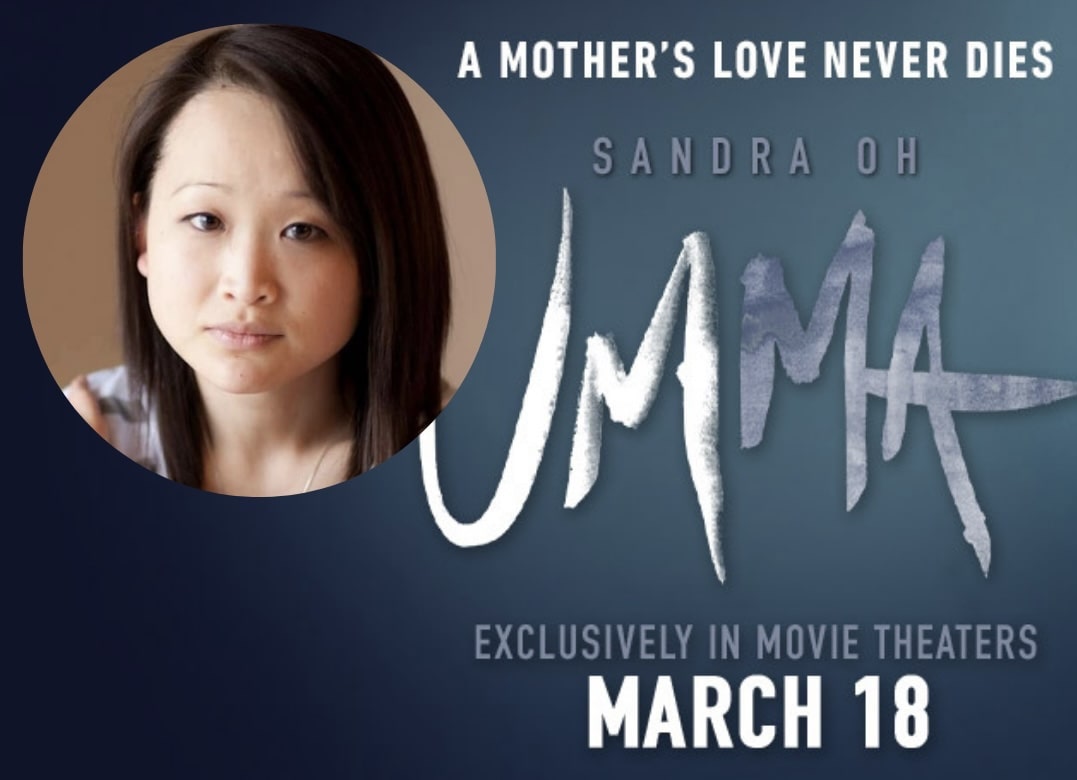 I spoke with Shim about the uniquely Asian American horror story, and she talked about what makes Sandra Oh so uniquely well suited to play layered mother figures. Shim explained that when coming up with this story, she drew from the experiences of many immigrant families, who often have to rely on their children to adjust.

Shim explained that in developing the idea for this film, she was initially unsure if audiences would embrace a story that centers around Korean and Korean American culture, but that she needed to create a film that was authentic to her. The themes of identity are so prevalent throughout the film, and Shim spoke about how she, like many Asian Americans, dealt with her own evolution of identity and how that informed this story.

Umma is being released under Sam Raimi’s production banner, and Shim also talked about the advice and support she received from Raimi, who she said was a great resource who really understood the relationship aspect of the story.

Watch our interview below and be sure to see Umma in theaters today!

Umma, which is the Korean word for “mother,” follows Amanda (Sandra Oh) and her daughter (Fivel Stewart) living a quiet life on an American farm, but when the remains of her estranged mother arrive from Korea, Amanda becomes haunted by the fear of turning into her own mother.