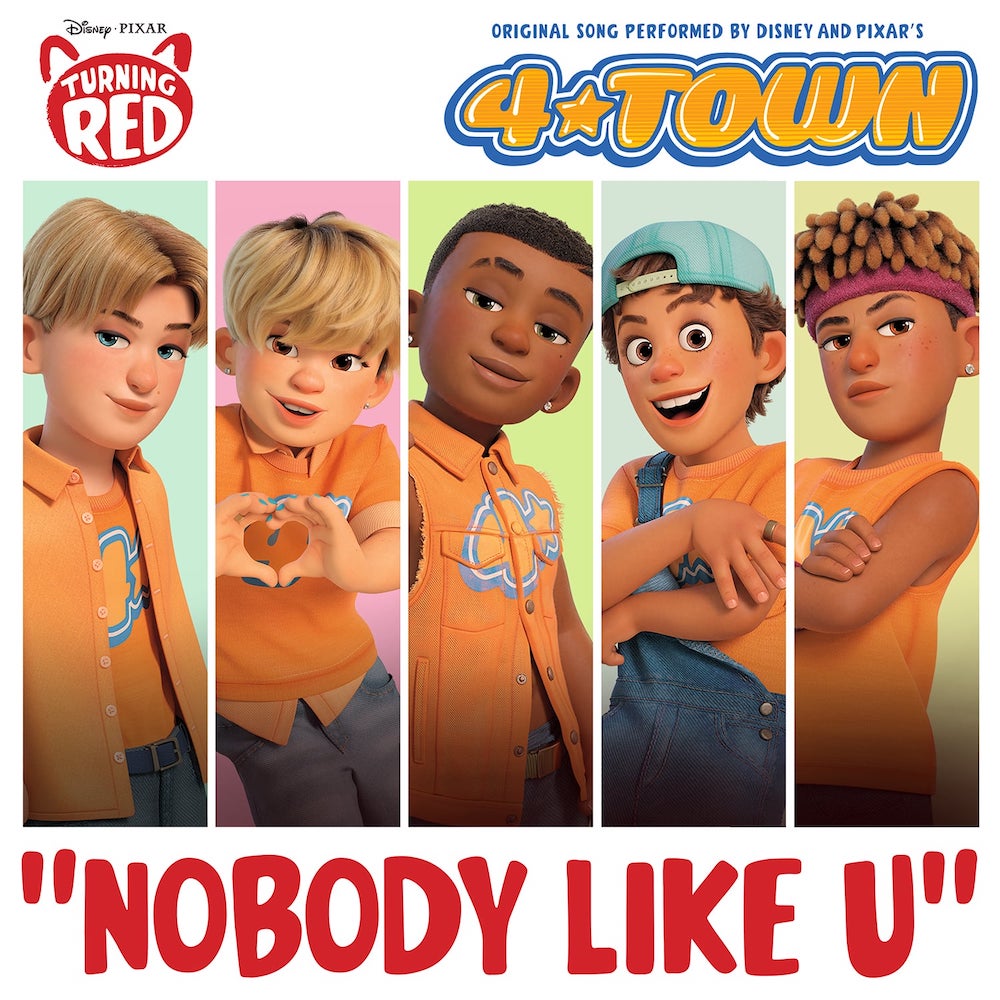 Disney Pixar’s latest film, Turning Red, premieres today on Disney+! A wonderfully sweet and fun coming-of-age story about a Chinese-Canadian girl, Mei Lee, and her friends, Turning Red also features Pixar’s first ever boy band! The fictional group, 4*Town, is an integral part of the story (what modern coming-of-age experience doesn’t involved a boy band to some extent?) and director Domee Shi and the creative team pulled out all the stops to create a realistic group.

4*Town is a five-member boy band (yes, the name is kind of confusing), voiced by Jordan Fisher, Grayson Villanueva, Josh Levi, Topher Ngo and Finneas O’Connell. Leading up to the film, Pixar has leaned fully into making 4*Town feel like a real boy band, releasing a music video, posters and other related content from the group.

I had the opportunity to speak with Fisher, Villanueva, Levi and Ngo about their roles in the film, how much fun they had recording the music and even some of their personal boy band favorites.

Check out our conversation below and be sure to watch Turning Red exclusively on Disney+!