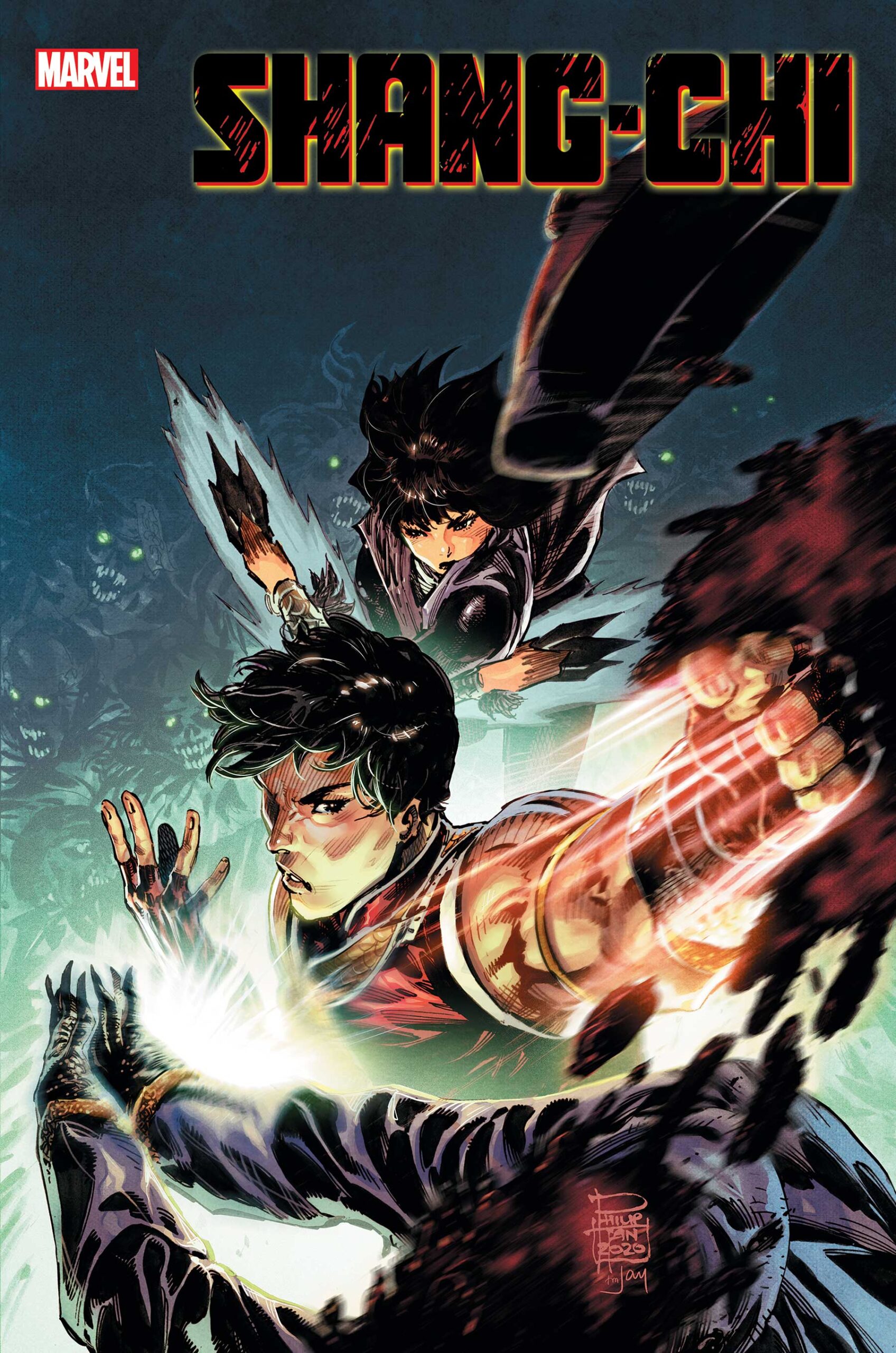 Shang-Chi #1 comes out TODAY and artist Philip Tan had the critical responsibility of helping to tell the story of one of the most controversial figures in pop culture – Zheng Zhu, better known as Fu Manchu.

Prior to speaking with writer Gene Luen Yang and reading the first issue, I had assumed that this new series would make additional efforts to distance Shang-Chi from his controversial dad. Instead, the team decided to tackle the uncomfortable issue head-on by telling a tale spanning two time periods – modern United States and ancient China. Philip Tan was tapped to draw the part of the story taking place in ancient China, which tells the untold origin story of Zheng Zhu.

Philip Tan is a Chinese artist born in the Philippines and currently living in the U.S. He has worked on some of the most popular characters in comics, and with some of the titans of the industry. For DC Comics, Tan worked on Grant Morrison’s Batman and Robin, and worked with Jim Lee on Suicide Squad. For Marvel, Tan has drawn for X-Men, Spider-Man, and Wolverine, and was the main artist on Black Order and Invincible Iron Man. Even with that impressive list of credentials under his belt, possibly the most impressive line on his resume is teaming with Todd McFarlane on several issues of Spawn. I had a chance to interview Tan via e-mail about his work on Shang-Chi.

Before that, below is a list of my previous coverage of Shang-Chi #1:

My interview with Philip Tan has been edited for clarity. The interview below contains minor spoilers in the form of a preview page of Shang-Chi #1 featuring Tan’s art that was released by Marvel last month.

POCCulture: Can you walk us through how this project came to you?

Philip Tan: I was approached by Marvel when they were putting together creators with Chinese ethnicity/backgrounds to represent the launching of the new series. The fact that it’s with editors and creators I have tremendous respect for, and a smaller commitment to work into my schedule, I cannot be more thankful for the opportunity!

Q: How familiar were you with Shang-Chi before this project? Were you a fan of the character?

PT: Not growing up in the era where it is inspired by a specific atmosphere and time, it was a lot harder for me to connect with something that was not naturally relatable to the Chinese culture I know. But we always wanted that chance to create something to speak of our culture, to represent. And this is one!

Q: Shang-Chi has a unique history because he is connected to Bruce Lee. How does that impact your work on this book? Do you have any martial arts background yourself?

PT: Definitely not very athletic and have not done any [martial arts] in a serious sense. But I rarely meet any Chinese who doesn’t like Bruce Lee or martial arts. I’m a huge WuXia fan from a very young age!

Q: Gene Luen Yang said that you are like a Chinese historian and very plugged into Chinese pop culture. In what ways did your knowledge help you in working on this book?

PT: Gene is very kind and historian would be a little too much! I do enjoy reading and researching the culture and history a lot. So definitely helping out with period accuracy of things.

Q: You worked with Gene Yang before in The New Super-Man of China, how much do you enjoy working with him and what is the creative process like with Gene?

PT: That was a ton of fun. On paper what I did most with it was the covers. But I do remember the exciting emails and chats we had about coming up with names and personalities of the characters!

Q: What was your favorite part about working on this book and what was the most challenging part?

PT: Funny thing is that those are the same! Not only is researching time consuming and challenging, it is the most rewarding when you eventually come up with visual ideas that works for modern audiences and works for the story!

Q: You are working on the ancient history story arc of the book, how exciting is it to bring traditional Chinese characters and aesthetics to the Marvel Comics universe?

PT: For me it would be the other way around. Working on that part makes you want to surprise people showing some other Marvel characters might show up!

Q: It sounds like your story has a lot to do with Shang-Chi’s father, Zheng Zhu (or Fu Manchu) and it will give the character a lot more depth. Fu Manchu has a messy history in pop culture. What did you want to add to the character to modernize and maybe even rehabilitate him?

PT: That would be Gene’s realm, but I really do think we are approaching [the story] without worrying too much about Fu Manchu. It was never a consideration for me once he was out of the equation, which I like.

Q: There is increased awareness of Asian representation in media and Shang-Chi is probably the most well knownAsian superhero. He is about to become very famous next year with the Marvel Studios movie coming out. What does it mean to you to work on refreshing/relaunching such an important character?

PT: No words to put down how big that is. It does mean the WORLD to many of us!

Q: On a personal level, who were your heroes growing up and who are your favorite comic characters?

PT: Not to make it an answer fitting a Shang-Chi interview, but most of my favorite fictional heroes are WuXia characters with magical/superhuman qualities! American comic books? Azrael!

A big thank you to Tan for taking the time to answer my questions and for his incredible work on Shang-Chi! Be sure to follow Tan on Instagram and Twitter!