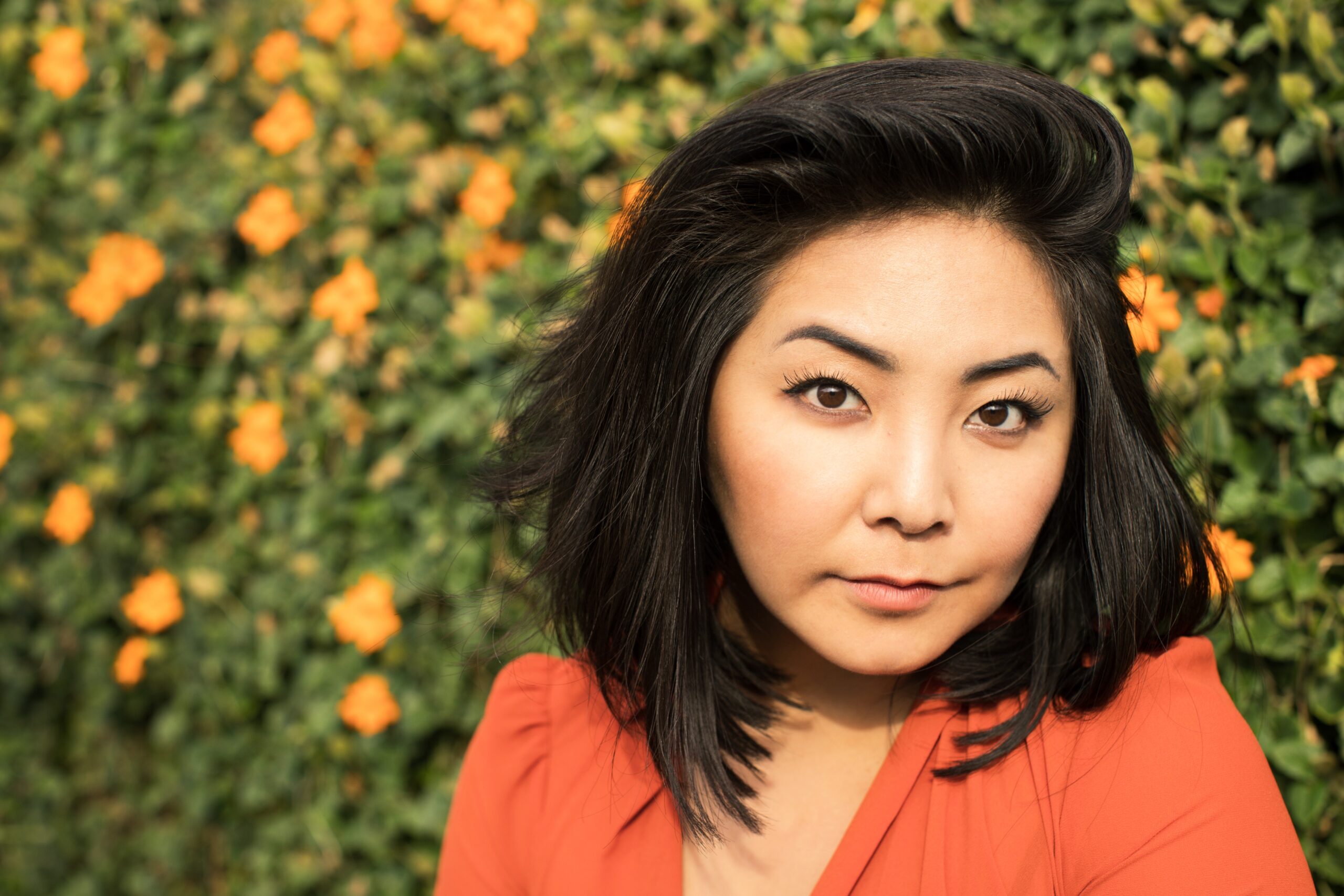 Mayumi Yoshida is a multi-talented writer, director and actress. In the United States, she’s best known for her role as the Crown Princess Michiko in Amazon’s The Man in the High Castle. Although we briefly saw the Crown Princess in season 1 of the acclaimed alternate reality show, she returns in the show’s final season and plays a critical role in the story’s conclusion. Yoshida is also an accomplished filmmaker in her own right. Her short film Tokyo Lovers, which she co-wrote, co-directed and starred in, earned Best Director at the Tokyo Cowboys Quarterly Film Festival, Best Short at the Japan Film Festival Los Angeles, and Best Performance at Vancouver Asian Film Festival. I had a chance to chat with Yoshida about her role in The Man in the High Castle, which is one of my favorite shows, as well as her inspirations, why Asian-Canadians are on fire in Hollywood and what representation means to her.

POC Culture: I understand that you lived in several places growing up, including Washington D.C. & Brussels. Where was your favorite place to live and why?

Mayumi Yoshida: I loved living in Brussels because of the rich culture Belgium has. Being close to so many countries allowed my family to travel often and I remember going to so many art galleries and theatres. Also, movies were super cheap so we’d go see like 4 movies on a weekend which was heaven to me.

Q: What made you decide to move to Vancouver and how was the transition from Tokyo to Vancouver?

MY: I came for film school to get training as an actor. I wanted to start my acting career in North America, so going to school was a way to enter the industry. Because I had been moving all my life, I became really good at adapting. So it wasn’t that big of a struggle at first. But it hits me randomly, I suddenly miss my family and friends in the middle of the night. Holidays are especially hard when I can’t go home! It’s definitely made me appreciate my parents a LOT more than before when I used to live with them haha

Q: You’re part of a quickly growing group of successful Asian-Canadian actors in Hollywood, why do you think Asian-Canadians are doing so well?

MY: I think because we’re naturally hard workers. Big opportunities don’t come so often, so we know we have to be ready for it when it comes. Another would be the tight community within the Asian Canadian actors/filmmakers circle. There are SO many amazing Asian restaurants here, and that easily becomes our gathering space! Food brings us together, seriously! We support and cheer for each other. We raise each other up.

Q: The Man in the High Castle is one of my favorite shows. How was the experience joining this great cast in such an important role?

MY: After season 1, I worked on season 2 and 3 as a Japanese Dialect Coach so I was on set with them the entire time the Crown Princess was away. haha The crew often asked me “When is Crown Princess coming back!?” So it was amazing to play her once again in season 4, and from episode 1 she KICKED ASS. It’s every actors’ dream to get their role expanded so I can’t thank them enough for this opportunity.

Q: Was there anyone on the cast who you really clicked with and particularly enjoyed working with?

MY: I loved working with Joel (de la Fuente) in every single scene because he is so captivating to watch and the most fun to be around. Off set, one of my best memories was going to Cirque Du Soleil with Joel, Rufus (Sewell), Chelah (Horsdal) and a few other friends! We also had Thanksgiving dinner together which was so special. The friendships I gained with cast and crew through this production is what I treasure most.

Q: It’s exciting to see a strong Asian woman character in the show, especially a leader like the Crown Princess. What attracted you to the role and what did you hope to bring to the character?

MY: From the audition stage, I knew she was a woman who had a lot to say. Not a typical princess. She’s in a different place in season 4, especially with the tragedy in episode 1, she feels responsible and has a sense of mission. Every scene, I was surrounded by powerful men and seasoned actors, which was definitely intimidating, but somehow when I got into her wardrobe and walked like her, all of that fear disappeared. She was the voice of reason and was the seeker of peace. That gave me strength as an actor. One thing I took liberty in was showing a peek of her human side, because as royals you are never allowed to show your feelings. Tagomi (Cary-Higoyuki Tagawa) and eventually Kido (Joel de la Fuente) were the only people she allowed herself to share her personal thoughts with, and I felt the moment was earned between her and Kido in episode 406.

Q: What I love about The Man in the High Castle is how layered the characters are. I find myself wanting to root for the Japanese. How did you prepare for the role of the Crown Princess? Did you use any real or fictional figures as inspiration?

MY: In season 1, Jackie O was a huge inspiration. Even in the costumes, we chose a pink kimono. As for season 4…I was already a fan of The Crown (wink wink hello Crown season 5? haha), but I rewatched many episodes of that show to study how the royals were portrayed. I read more about the royals in Japan of course, and I think the High Castle Crown Princess was very well educated like our current Empress Masako. So I made sure her English didn’t have a strong Japanese accent, and had a hint of grace when she spoke. The actual royals talk a LOT slower and quieter, which would have doubled all my screen times, so I had to come up with my own way of how they would talk. Another thing was royal mannerism coaching. I learned how to get in a car, how to walk, how to bow…etc. That specificity got me into the character even deeper.

MY: My dad has always been my inspiration. I’m noticing more now that I’m like my mom which I’m actually very happy about! As a kid I thought she was the prettiest woman. Both of my parents are my heroes.

I never had an actor I aspired to be, but I loved James Dean as a kid and now, I would kill to have a career like Frances McDormand and Olivia Colman. Oh wait, actually I aspire to be the Asian Phoebe Waller-Bridge. Interview me in 5 years and let’s see where I’m at then! Haha

Q: Our site is based on the premise that representation in pop culture is important. How important is it to you to be a role model to young Asians and what does it mean to you that they are seeing you on a show like The Man in the High Castle?

MY: It means the WORLD to me. That’s the reason I moved here because I saw Sandra Oh in a wedding gown, breaking down uncontrollably as Cristina Yang. I thought “That. I want to do THAT.” To see someone like myself be in a huge TV series and telling an important story was a BIG deal. So if I am contributing to that, 10 years ago me would be so proud.

Q: What’s next for you after The Man in the High Castle?  Anything we can look forward to seeing you in soon?

MY: I co-directed and co-wrote a short film with Nach Dudsdeemaytha and shot it in Japan. It’s called Tokyo Lovers and it is out on Vimeo now! Please check it out! I have a feature film that I’m writing/directing/acting in that is in development, which I hope I get to talk more about in 2020! Follow me on insta or twitter to keep in touch x @immyyoume.

Thanks to Mayumi Yoshida for taking the time to chat with us. Be sure to check out her short film Tokyo Lovers on Vimeo and her performance as the Crown Princess in The Man in the High Castle streaming now on Amazon Prime!

In this article:Amazon, Amazon Studios, Man In the High Castle, Mayumi Yoshida

Robert Kirkman’s Invincible on Amazon Prime is an intriguing and ultra violent spin on both the superhero team story and the young superhero coming...