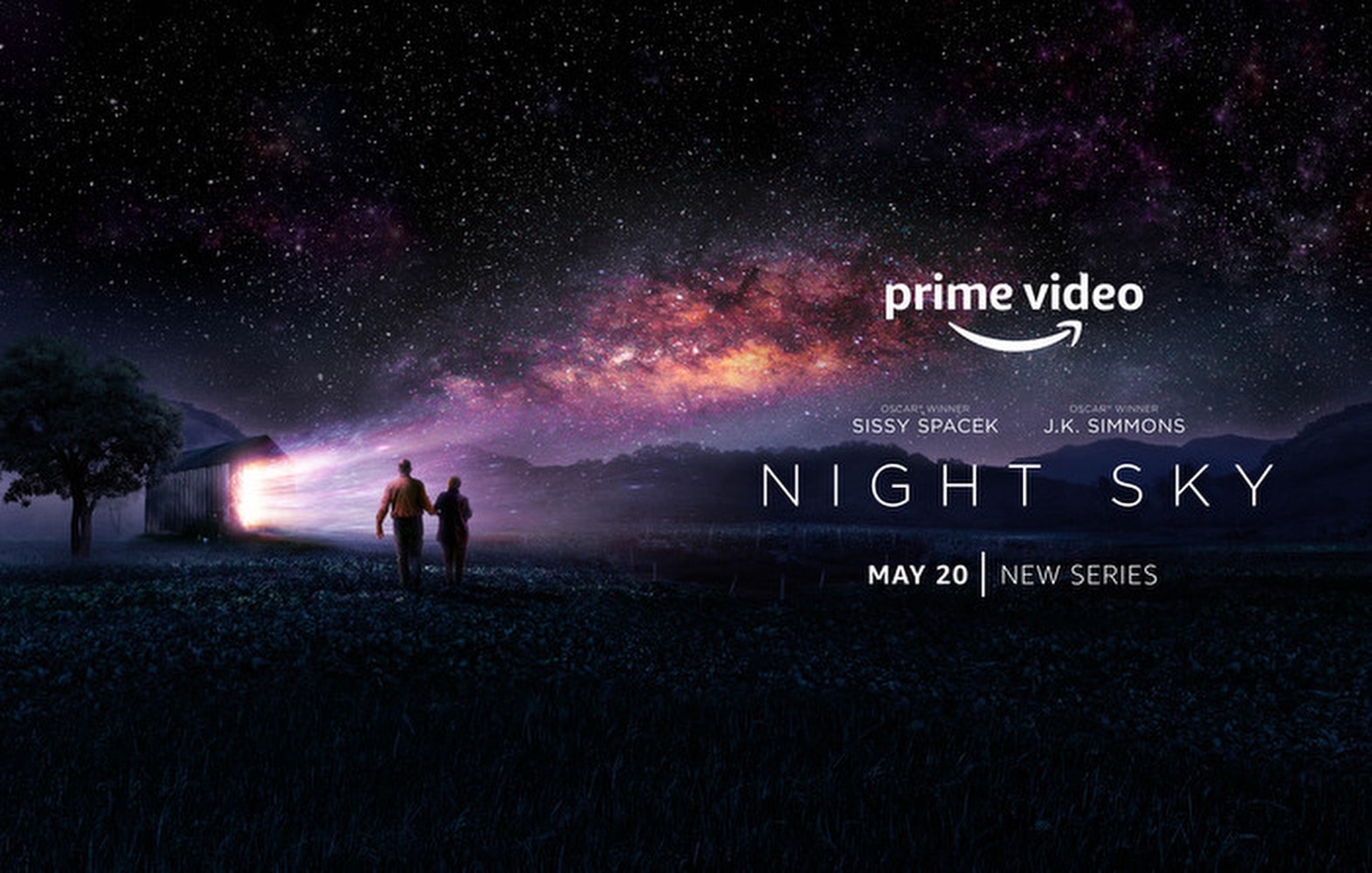 Night Sky is Prime Video’s new sci-fi drama series releasing on May 20. Starring Sissy Spacek (Irene York) and J.K. Simmons (Franklin York), it is a very intriguing story that becomes more fascinating as you learn more about the chamber in their backyard. The mystery regarding the chamber, and the sudden arrival of Jude (Chai Hansen), add many moving pieces to the story, and the show doesn’t waste any time during its eight episodes. This series is also very emotional, with both heartwarming and heartbreaking scenes, and Spacek’s performance in particular is exceptional. Night Sky is very well crafted in every aspect from the acting to stunning visual effects, and the score is spectacular.

Spanning space and time, Night Sky follows Irene (Sissy Spacek) and Franklin York (J.K. Simmons), a couple who, years ago, discovered a chamber buried in their backyard which inexplicably leads to a strange, deserted planet. They’ve carefully guarded their secret ever since, but when an enigmatic young man (Chai Hansen) enters their lives, the Yorks’ quiet existence is quickly upended…and the mystifying chamber they thought they knew so well turns out to be much more than they could ever have imagined.

Night Sky is a co-production of Amazon Studios and Legendary Television (Carnival Row, Paper Girls) and is written and co-executive produced by Holden Miller, with Daniel C. Connolly serving as showrunner and executive producer. Mosaic’s Jimmy Miller and Sam Hansen serve as executive producers, along with Emmy- and BAFTA Award-winner Philip Martin (The Crown).

The show delves deeply into the main characters, Irene and Franklin, and their relationship. Right from the first episode, we learn a lot about them and their life together, even exploring their day-to-day. In media, it isn’t too often that older characters are leads, so it was very interesting to dive into their relationship and see the complexity involved. We even get to explore what the chamber itself means to them and their relationship. Sissy Spacek and J.K. Simmons deliver great performances throughout, especially for the emotional beats. I felt every emotion alongside Spacek’s Irene throughout the series and both leads deserve some sort of recognition for this show.

Nearly every character on this show is complex. There are layers to everybody that we actually get to see, even characters with little screen time. Huge credit to the writers and every actor involved for showing the range of their characters! For example, Adam Bartley’s character Byron is one I really did not like at first, but as the series progressed and the character developed, I surprisingly changed my mind.

I’m typically not as interested in drama, but the plot on this show kept me not only interested, but fully invested, in every single episode. Ultimately, Night Sky is a series that is an enjoyable show to binge because of how strong the writing and the pacing are.

Initially, I was expecting a little more from the sci-fi side of things, but felt more like a drama series with sci-fi in the background and informing the plot. It wasn’t explored as much as I would have liked. However, I can understand the creative decision to focus more on the drama instead of the sci-fi elements. That focus doesn’t hurt the show, but the viewer should manage expectations regarding what this series is about. Because the series focuses more on the drama, some questions go unanswered, and there’s a feeling that there are as many questions as answers by the end of the season.

While at first I was a bit disappointed that the focus wasn’t solely on the mysterious chamber in their backyard and its history, I eventually enjoyed that the show centers around Irene and Franklin and their relationship, with the chamber contributing to the drama and the emotion of the story.

There are a few flashback scenes in the show, which I found confusing because they weren’t visually distinct enough from present day scenes. The show could have been more clear about which scenes were flashbacks with visual cues, especially considering how rapidly the flashback and present day scenes would be presented after one another. Viewers who generally struggle with time shifting in stories may find this story-telling choice challenging to follow.

Jude is played by Chai Hansen, who is charismatic in his role and brings even more mystery to the show. Jude brings us some answers, but also brand new questions to the mysterious chamber in the York’s backyard. Hansen delivers a great performance, his character has a lot of layers and he’s given the necessary material to show his abilities. Kiah McKirnan plays Denise York, Irene and Franklin’s granddaughter. Her character brings another perspective to the show as someone worried about her grandparents, and it’s very sweet. There’s more going on than expected, and I really enjoyed when we explored her and her motivations.

This show also has two Argentinian characters, Stella and her daughter Toni are played by Argentinian actress Julieta Zylberberg and Rocío Hernández. I didn’t realize there are Latinx characters in the show so they were a great surprise! I’m particularly happy that the show explores their mother-daughter relationship and actually develops them as people. Zylberberg’s character Stella is an especially fascinating character, and she commands so much presence when she’s on screen.

I appreciate that this show manages to include a lot of diverse characters who are not only integral to the plot, but are fleshed out like real people, and given so much time to shine. It’s fun to watch the series unfold.