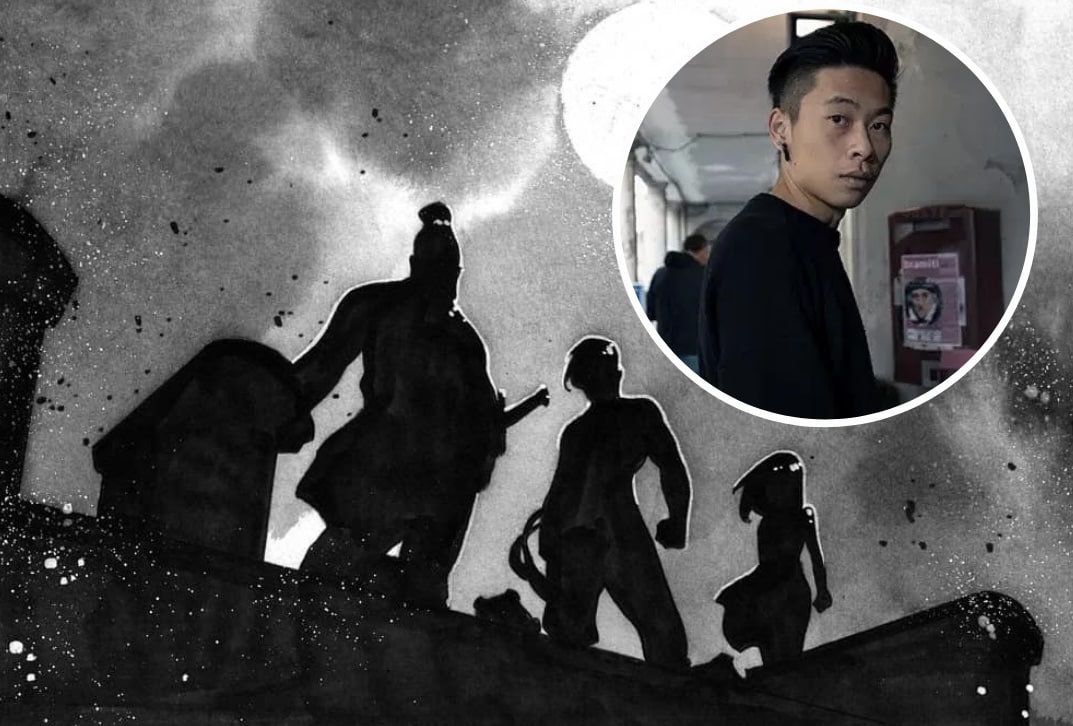 Every scene comic book artist Dike Ruan draws looks like it’s in motion. Ruan has a unique ability to draw dynamic action with emotion, and that’s what makes him a near perfect artist for Marvel’s Shang-Chi series.

A comic book artist, concept artist and illustrator, Ruan was born in China, and currently lives in Italy. He made his Marvel Comics debut in 2019 with Spider-Verse #3, and went on to work on titles such as Spider-Man and Black Cat.

Ruan worked with writer Gene Luen Yang and fellow artist Philip Tan to reboot Shang-Chi last fall, and is returning for the on-going series, which kicks off this week.

I had had the opportunity to interview Ruan via email, and ask him about revamping the most well known Asian superhero. This interview was conducted prior to the formal announcement of the Shang-Chi on-going series and has been edited for clarity.

Shang-Chi #1 is available now at your local comic book store!

POC Culture: How did this project came to you?

Dike Ruan: Marvel editor Darren Shan contacted me at the beginning of 2020, asking me if I was available to work on the new Shang-Chi project. I was already working on another story, Bleed Them Dry (for Vault Comics), but I thought this would have been a great opportunity not to be missed…so I said yes!

POC Culture: How familiar were you with Shang-Chi before this project? Were you a fan of the character?

Dike Ruan: I knew the character by name and his story generally, but I had never read any comics about him.

POC Culture: Shang-Chi has a unique history because he is connected to Bruce Lee. Are you a fan of martial arts and Bruce Lee? How does that impact your work on this book? Do you have any martial arts background yourself?

Dike Ruan: Actually I’ve never practiced martial arts, but since I was a kid I was a big fan of legendary characters connected with the kung-fu and martial arts world. My heroes were Wong Fei Hung, Ip man, Huo Yuanjia and Bruce Lee. I grew up with their movies, and that surely helps me now when I draw action scenes and martial arts moves in Shang-Chi’s pages.

POC Culture: Your art style seems like a perfect fit for a character as dynamic as Shang-Chi. Gene Luen Yang said that you are able to balance emotion and action really well. What was your favorite part about working on this book and what was the most challenging part?

Dike Ruan: Well, thanks Gene! I love drawing action scenes, trying to put as much dynamism and energy as possible in every movement. Actually, this is also the most challenging part! It’s not easy to give the sense of movement when you work with a static medium, as drawing is. Another thing that has been challenging for me was drawing physically and somatically credible Asian characters. I know it sounds weird, but sometimes you tend to make them more “western-like”.

POC Culture: This series introduces a variety of new characters, including the Five Weapons Society. Fans are already extremely excited about these characters just based on their awesome design. What was your process in helping to create these new characters? Did you use any inspirations or reference material?

Dike Ruan: I did not use any specific material. I took Gene’s hints and mixed them up with some of my ideas. I used some references only for the siblings’ clothes. I looked at what Jim Cheung did with Shang-Chi in order to make all the elements more coherent.

POC Culture: It’s rare and exciting to have so many Asian characters in one comic book. What did you want your art to communicate about these characters?

Dike Ruan: Just want them to be credible and realistic, and also memorable. I would like people to like, value and remember these characters, because I think they have real potential.

POC Culture: Who is your favorite new character in the book and why?

Dike Ruan: I really like Sister Dagger. She’s the youngest sister, and yet she has a real strong and powerful nature. Plus, I love the relationship between her and her older brother, Shang-Chi. She’s a girl you wouldn’t like to mess with!

POC Culture: This is truly a collaboration of international Asian creatives. How much fun is it working with Asian creatives from all over the world? Were there any challenges working this way?

Dike Ruan: I’m very honored to work with this team, and I gotta thank every single creative and person I met during this journey. I’m already quite used to working with people who are spread all around the world, and in this case I found no difficulties.

POC Culture: There is increased awareness of Asian representation in media and Shang-Chi is probably the most well known Asian superhero. He is about to become very famous with the Marvel Studios movie coming out. How exciting is it for you to work on refreshing/relaunching such an important character?

Dike Ruan: That’s really exciting! I think is finally time for pop culture and the American industry to have a valid and famous Asian character. I feel like I’m giving birth to Shang-Chi for the first time, in some kind of way. I hope this will be just the beginning of a more conscious way to represent the Asian community inside cultural products; not just for the Asian community itself, but for every fan of these products!

POC Culture: On a personal level, who were your heroes growing up and who are your favorite comic characters?

Dike Ruan: As I said before, I was a fan of some martial arts characters. Moreover, I grew up with a crowd of Japanese characters from manga and anime…the most important hero of my childhood was Goku! I met American comics when I already was 17 and living in Italy. I don’t actually have a favorite one in the comics, but if I have to choose one, Daredevil!