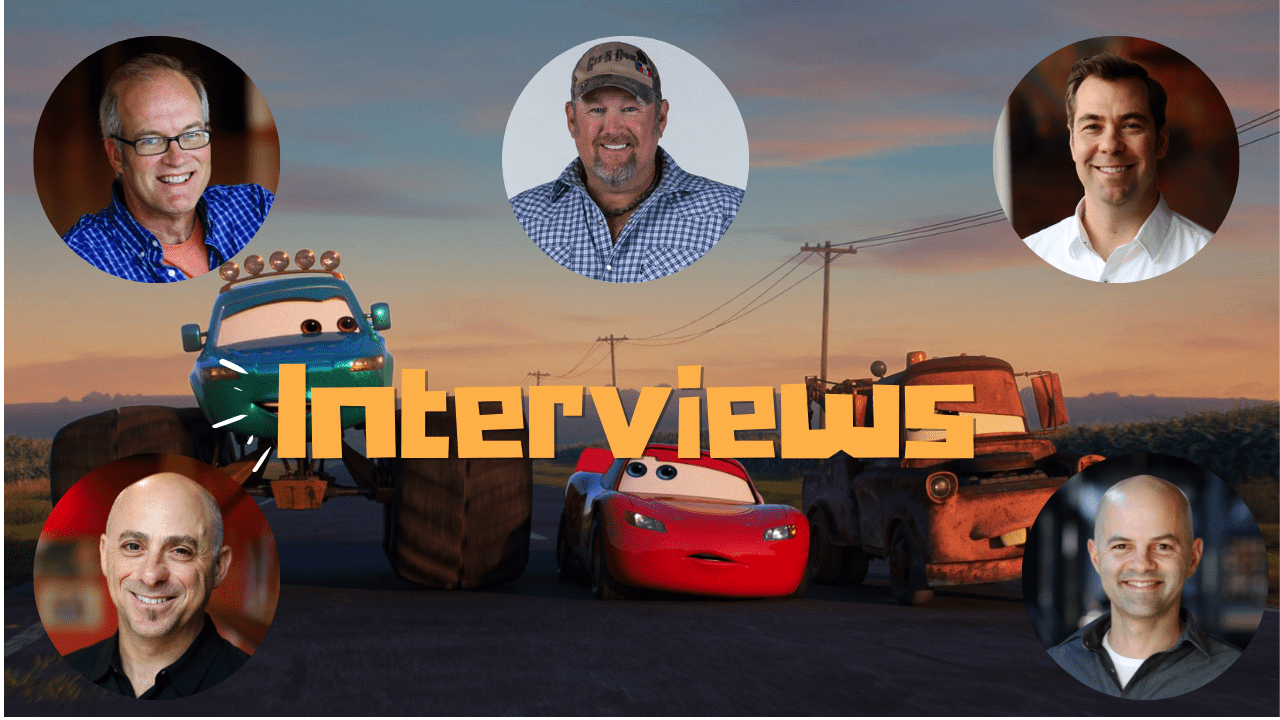 Larry the Cable Guy is a multi-platinum recording artist, Grammy nominee, comedian and philanthropist. But to me and countless fans of the Cars franchise, he is most notably known as the voice of Mater, the loveable beat-up tow truck. It’s a testament to the genius of the Pixar creative team and Larry’s distinct voice performance that Mater has become one of the most popular in the series and that the character continues to inspire more stories.

With Cars on the Road a new series of short films that follows Mater and his best bud, Lightning McQueen (voiced by Owen Wilson), on a cross-country road trip, we get to see Larry and Mater at their hilarious and most endearing.

Cars on the Road premieres exclusively on Disney+ on September 8th, as part of Disney+ Day. I had the chance to speak with Larry on the new series, as well as the filmmakers who created the show.

Larry talked about how much he loves being a part of the Cars franchise and how special it is to see fans with Mater toys, clothes and other merchandise (which he admitted he doesn’t get a cut of!). Through his Git-R-Done Foundation, Larry regularly visits children for various initiatives and he shared some special moments of seeing how excited kids are to speak with Mater.

Of course, a project like Cars on the Road doesn’t happen without a true collective effort. I spoke with producer Marc Sondheimer, and the three directors of the series, Brian Fee, Bobby Podesta, and Steve Purcell, who also wrote all nine episodes.

Fee talked about the Ivy, the new character that is introduced in the series, voiced by Quinta Brunson. He praised Brunson’s style of comedy and her musical performance. Purcell discussed the various locations that the creative team decided on for Mater and Lightning McQueen’s road trip but smartly demurred when asked to reveal other potential locations in favor of potential future stories.

Podesta, who directed one of the most memorable episodes, a musical, talked about the inspirations for the episode and how they came upon the catchy hook. Finally, Sondheimer went over the seemingly impossible compressed schedule that they were able to follow in order to finalize the series.

The series follows Lightning McQueen (voice of Owen Wilson) and his best friend Mater (voice of Larry the Cable Guy) as they head east from Radiator Springs on a cross-country road trip to meet up with Mater’s sister. Along the way, every stop is its own adventure, with outrageous roadside attractions and colorful new characters. “Cars on the Road” is produced by Marc Sondheimer. The series’ episodes are directed by Steve Purcell (Eps 1, 2, 8), Bobby Podesta (Eps 5, 6, 9) and Brian Fee (Eps 3, 4, 7). Composer Jake Monaco created the score for all nine episodes.

In this article:Cars, Cars on the Road, CarsontheRoad, Disney, Disney Plus, DisneyPlus, Interview, Larry the Cable Guy, LarrytheCableGuy, Pixar

There’s a lot of talent (and story) to be found overseas in many ways and in many forms; one of those ways in particular...