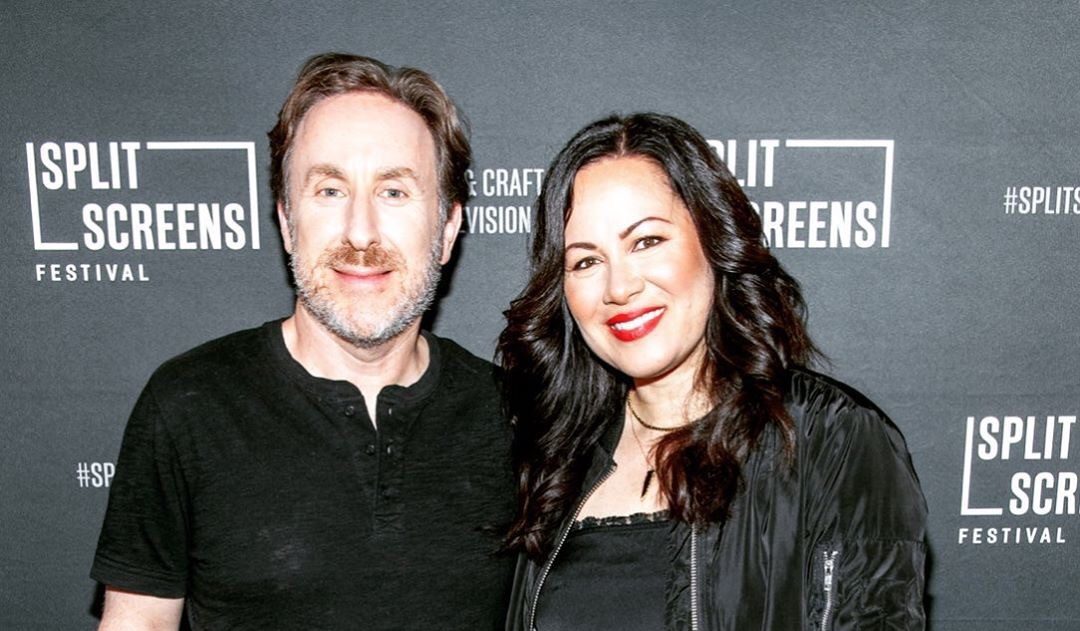 Warrior is the greatest martial arts show in the history of American TV. Based on the writings of Bruce Lee and executive produced by Bruce’s daughter Shannon Lee, Justin Lin and Jonathan Tropper, there’s simply nothing like Warrior. Jonathan Tropper is the Executive Producer and showrunner for the show. He’s the man that takes all the pieces, puts it all together and makes it work. And it really works.

Tropper is an accomplished screenwriter, novelist and producer, and his novels actually inspired one of my personal friends to become a writer. It’s no surprise that when Warrior was developed and landed on Cinemax, Tropper was tapped as the showrunner, as he co-created the beloved show Banshee for Cinemax. I had the opportunity to speak with Tropper about the upcoming second season of Warrior, and we discussed what makes this season different from the fantastic first season, why Warrior is a universal immigrant story, and how the Warrior team managed to get Asian representation right when so many others fail.

Season 2 of Warrior premieres this Friday at 10 PM on Cinemax!

Q: What did you learn from season 1 of Warrior that you were able to take to make season 2 even better?

Jonathan Tropper: I do think we made season 2 better. I’m not sure if it’s what we learned. You always need that first season to get the kinks out and get where your expectations might have been misguided and what you have to do to get things done. It’s largely technical stuff. From a character standpoint, the actors have now lived for 10 episodes in their own skin and they tend to have a lot of insight and ideas into behavioral things that you, as a writer, may have missed while staring at the whole pie. Seasons 2s in general are richer and more character driven. We were very consumed in season 1 with building the world. The fun in season 2 is that the world is built and we were able to go into the other aspects of that time period.

Q: You wrote and directed the first episode, how important was it for you to have that level of involvement to kick off the season?

JT: The job of showunning is kind of directing the whole thing, but I happen to love normally when directors come in and it’s a collaboration. It’s a much more pure collaboration so I don’t need to check the intentions of the writer. In a perfect world I’d love to direct all the time, but I’m not by trade a director and you want to bring in filmmakers, people who bring a much more sophisticated perspective. The reason I did the first episode isn’t because of any emotional reason, but it’s the only one I could direct to not throw off production. Just a matter of logistics.

Q: This cast is full of incredible martial artists. From a martial arts perspective who really stood out to you in S2?

JT: There’s a varying level of martial arts backgrounds in the cast. Joe Taslim is a long standing martial artist. Jason Tobin and Andrew Koji have experience as well, but they had to be trained for the show. So the goal is, on screen, you can’t tell the difference. We have a group of people who are very familiar and committed, but other than Joe, don’t have that training. If you look at the difference of Andrew Koji between season1 and season 2, the physical appearance…he did nothing but train martial arts. Jason also spent the great portion of the off-season training. The Hop Wei came in committed. All of these guys trained really hard in the off-season.

Q: What would you say is the major theme for this season?

JT: Season 2 is a darker and more complex season. Season 1 was all about building the world. What we set up was a pressure cooker of different racial, financial and political agendas. Season 2 is when that pressure cooker explodes. It’s much more dangerous. It’s the Empire Strikes Back of our show. More violent and explosive.

Q: So many shows/films struggle with proper Asian representation. How are you and your creative team able to make a show that respects and appreciates the Asian American experience?

JT: I think you have to consider the source. This came out of a treatment from Bruce Lee. He even back then was very conscious of the racial divides in the country. He picked a time period that was almost idiot proof. By picking the Tong Wars, you pick time period that is basically telling the immigrant story. The authenticity comes from the source material and the fact that Shannon [Lee] and Justin Lin were involved in the creative process. It’s just about coming from a well thought out treatment who was incredibly close to subject matter. And by having that and by having Shannon and Justin spear-heading it, we were protected from a lot of the pitfalls.

Q: What does it mean to you to play such a major role in honoring and expanding Bruce Lee’s legacy and working with his daughter Shannon Lee?

JT: It was a dream come true as someone who was a martial artist most of my life and a big Bruce Lee fan. To do something meaningful in partnership with my two Asian-American Executive Producers and tell a story that’s important to the Asian-American community, but also important to the American community. We’re a country built on immigrants and this is a story that should inform every immigrant generation. This is a story about racism and xenophobia and what the promise of what American should be. It’s a universal story.

Q: How many seasons of Warrior do you have roughly mapped out in your head?

JT: I don’t really work like that, but in general I tend to think in groups of three when it comes to television. Then if you’re lucky enough to go past that, you just have to have a good reason to go past that and make sure that you’re maintaining the integrity of the story. You can see in the season that there’s an easy three-act structure, but of course it always depends on external forces.

Q: You mentioned you were a martial artist most of your life. What’s your personal martial arts background?

JT: I trained in Chinese martial arts. A form of Gung Fu that’s sort of a combat version of Tai Chi. I trained from when I was 11, into my late 20s, and then marriage, career and kids pulled me away from it, though in my heart I’ve always been training. When I trained, I was always drawn to the fluid circular movements of Chinese martial arts.

Q: What is your favorite Bruce Lee film?

JT: Enter the Dragon because it was the accumulation of all the stuff he had done, and where the production value could keep up with what he had been doing. The way his other movies came to me, though it was exciting to watch him, there was a slight lag in production values to what he wanted to accomplish. Enter the Dragon was the confluence of the production value and his abilities, and obviously there’s nothing to ever compare to him. I have a soft spot for Way of the Dragon because that’s the first one I ever saw when I was a kid, and when he walks out of the restaurant to take on those bad guys it just blew my mind.

Q: Thank you so much for all of your work and for taking the time to chat with me. Best of luck on the new season and beyond!

JT: Thank you for your support. I see it on social media.

A big thank you to Jonathan Tropper for speaking with me. Don’t miss the season 2 premiere of Warrior on Cinemax this Friday at 10 PM!