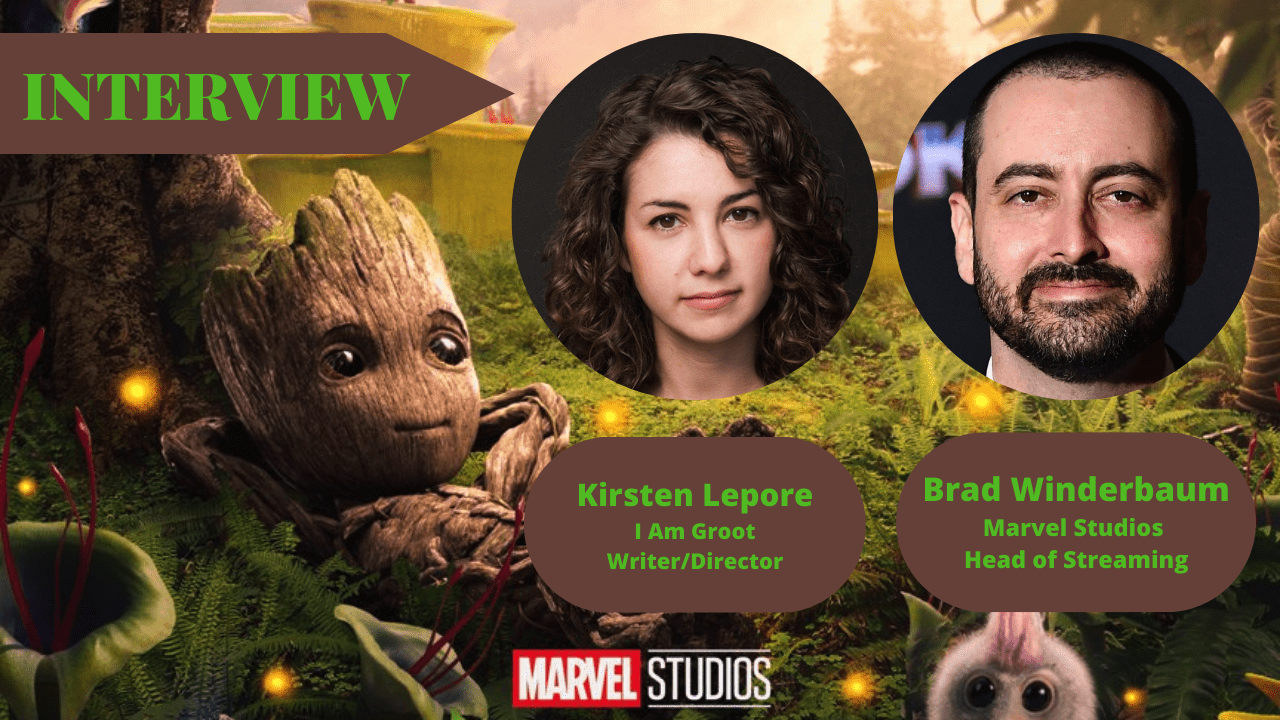 I Am Groot, a series of five short films on Disney+, is not just a fun foray into the life of Groot, but it’s also one of the rare Marvel Cinematic Universe stories that shows our favorite heroes doing the mundane. Back 2008, when Iron Man first premiered in theaters, a Marvel film released every couple of years, making every single minute of every film feel like it needed to be used efficiently. Now, thanks to Disney+, we are in a golden age of MCU content, which affords creators the flexibility to tell more expansive stories around the universe.

I had the opportunity to speak with two such creators, Kirsten Lepore and Brad Winderbaum. Lepore, who wrote and directed I Am Groot, talked about the creative process behind developing the five short films, including brainstorming sessions with Winderbaum and Marvel Studios President Kevin Feige. She also talked about working with the voice of Groot, Vin Diesel, and his impressive ability to communicate the necessary information through his one iconic line – “I am Groot.”

Winderbaum, who is the Head of Streaming for Marvel Studios, a critically important role in the larger MCU strategy, talked about how they received Guardians of the Galaxy director James Gunn’s blessing for the project and how enthusiastic Gunn was about Lepore helming. Winderbaum also addressed where in the overall timeline I Am Groot takes place.

Watch our conversation below and be sure to catch I Am Groot streaming exclusively on Disney+!

There’s no guarding the galaxy from this mischievous toddler! So get ready as Baby Groot takes center stage in his very own collection of shorts, exploring his glory days growing up—and getting into trouble—among the stars.