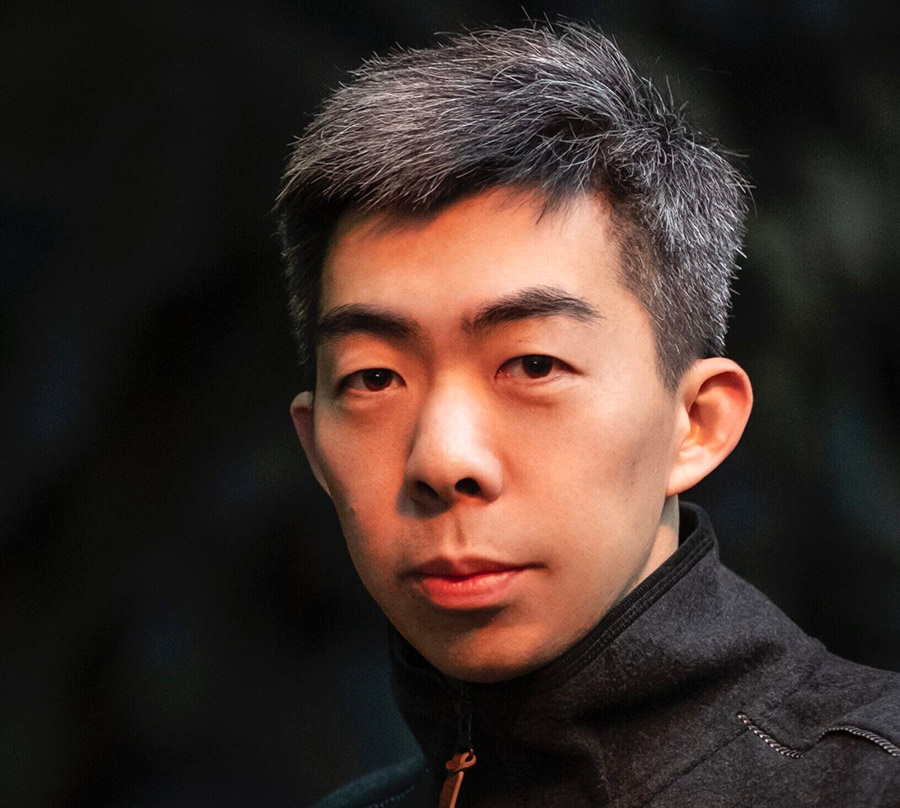 The epic new Chinese fantasy film, A Writer’s Odyssey, premiered earlier this month in China, just in time for Lunar New Year. Directed by Lu Yang (Brotherhood of Blades) and featuring a high concept story with fantasy, magic and monsters, this film looks gorgeous based on the art and trailer.

I had the opportunity to conduct an email interview with Lu Yang, who fell in love with the book that inspired the film. Below are Yang’s responses in both English and Chinese. Note that the Chinese responses have not been edited.

A Writer’s Odyssey is playing now at the Vineland Drive-In in Los Angeles and the West Wind Drive-In in San Jose. It is releasing in the San Francisco Bay Area starting today, February 26th, and in select New York City theaters beginning next Friday, March 5th!

A WRITER’S ODYSSEY tells the story of Kongwen Lu, the author of a fantasy novel series following a heroic teenager on a quest to confront Redmane. Through a strange twist of fate, the fantasy world of the novel begins to impact life in the real world, leading Guan Ning (Lei Jiayin, THE LONGEST DAY IN CHANG’AN, BROTHERHOOD OF BLADES), to accept a mission to kill the author. A WRITER’S ODYSSEY is directed by Lu Yang (BROTHERHOOD OF BLADES) and also stars Yang Mi, Yu Hewei, Guo Jingfei and Tong Liya.

A WRITER’S ODYSSEY is out now in theaters and at the Vineland Drive-In in Los Angeles, CA and West Wind Drive-In in San Jose, CA, including newly opened theaters in the San Francisco Bay Area. The film will open in select New York City theaters beginning March 5, 2021.

POC Culture: What attracted you to this project and how familiar were you with the book that it is based on before?

Lu Yang: Initially, it was just my impulse to create. After I finished reading the original novel, I really wanted to turn it into a film.

POC Culture: This type of fantasy film is very different from your previous films. Is there anything you learned from your past films that helped you make A Writer’s Odyssey?

Lu Yang: There are definitely many new approaches and new ideas that arise as I keep studying and improving my knowledge about film. I may grow and change my style as a filmmaker, but I will always believe in and respect film as an art. That is something that will never change.

POC Culture: The trailer is visually stunning. How did you develop the visual style of the film, including the look of the characters, monsters and sets?

Lu Yang: I searched for the art elements from different time periods and different fields, from the North-South Dynasty, Sui Dynasty and the Tang Dynasty. I incorporated these Chinese elements of the architecture, costume, geography, or characteristics, to help create an ancient fantasy world.

POC Culture: The trailer is also action-packed and very exciting. What was your approach in directing action sequences for a film that is very heavy on special effects and CGI?

Lu Yang: First, we analyzed the script in detail. Then, we bought a lot of toy models and we used them to simulate different poses of the characters. We used those models to rehearse the shooting script of action scenes, then worked with the fight choreographer to further refine the plan and come up with more interesting details. We rehearsed and tested again and again with the small models. The fight choreographer would have some stunt actors to shoot a demo, then we kept optimizing the results by comparing the models and the demos.

5.  What is the main theme that you hope audiences will take away from the film?

Lu Yang: The theme is that no matter what difficulties we undergo, and no matter how people deny us, we should believe in the value of each individual’s powers. We should have hope and believe that we can make change.