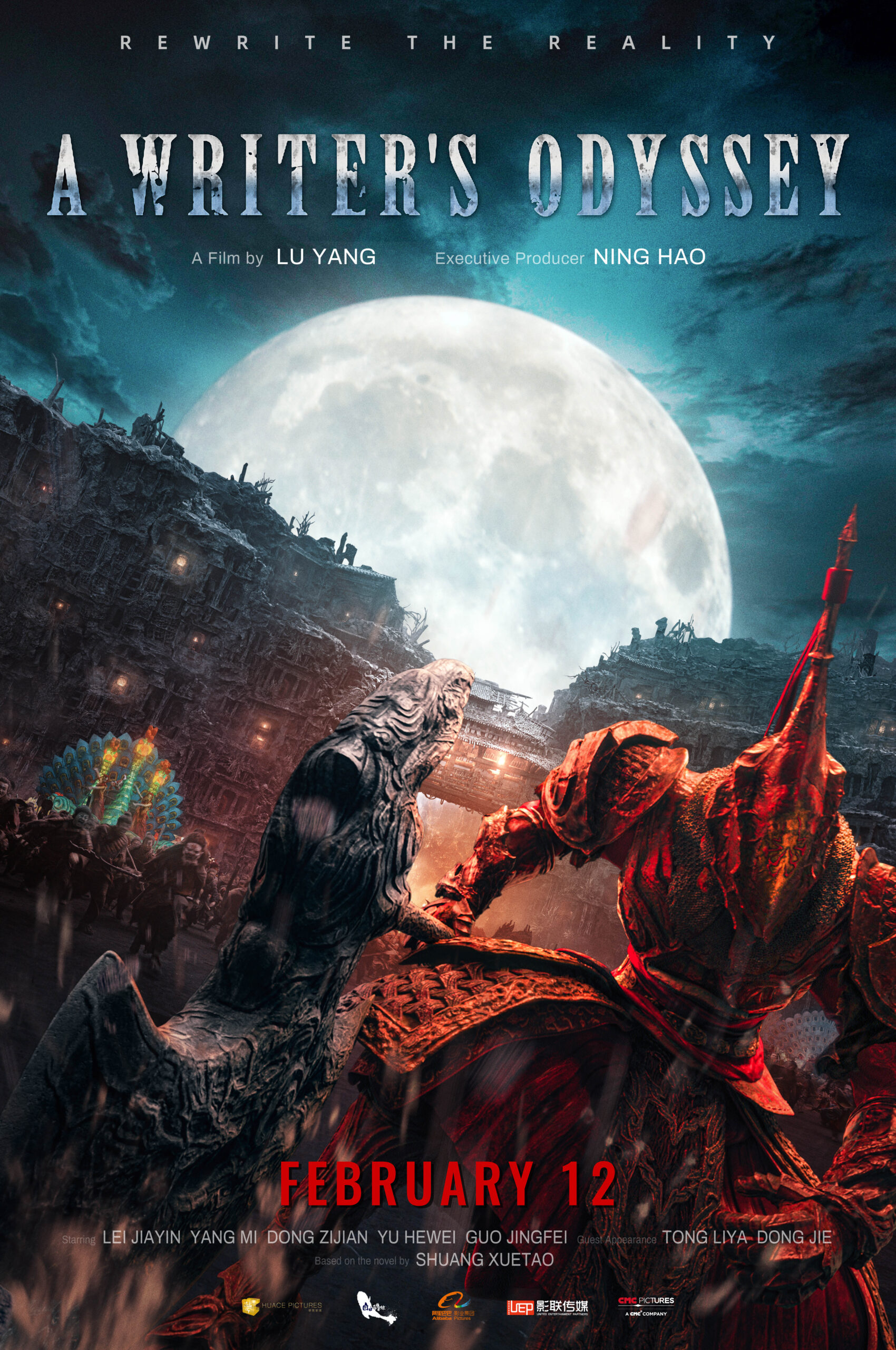 The new trailer and theatrical poster for the upcoming Chinese fantasy epic, A Writer’s Odyssey has been released! Based on the novel To Kill A Novelist, this looks like a really fascinating project and I love the premise.

Interestingly, fantasy is a genre that’s not as common in Asian film markets. I look forward to more fantasy films told from an Asian perspective and lens in the coming years and it looks like A Writer’s Odyssey is a great place to start.

A Writer’s Odyssey premieres on February 12th in both U.S. and China, which is perfectly timed for Lunar New Year!

A WRITER’S ODYSSEY tells the story of Kongwen Lu (Dong Zijian, ASH IS PUREST WHITE), the author of a fantasy novel series following a heroic teenager on a quest to end a demon’s tyrannical rule. Through a strange twist of fate, the fantasy world of the novel begins to impact life in the real world, leading Guan Ning (Lei Jiayin, THE LONGEST DAY IN CHANG’AN, BROTHERHOOD OF BLADES), to accept a mission to kill the author. A WRITER’S ODYSSEY is directed by Lu Yang (BROTHERHOOD OF BLADES) and also stars Yang Mi, Yu Hewei, Guo Jingfei and Tong Liya.A WRITER’S ODYSSEY will be released in theaters on February 12, 2021