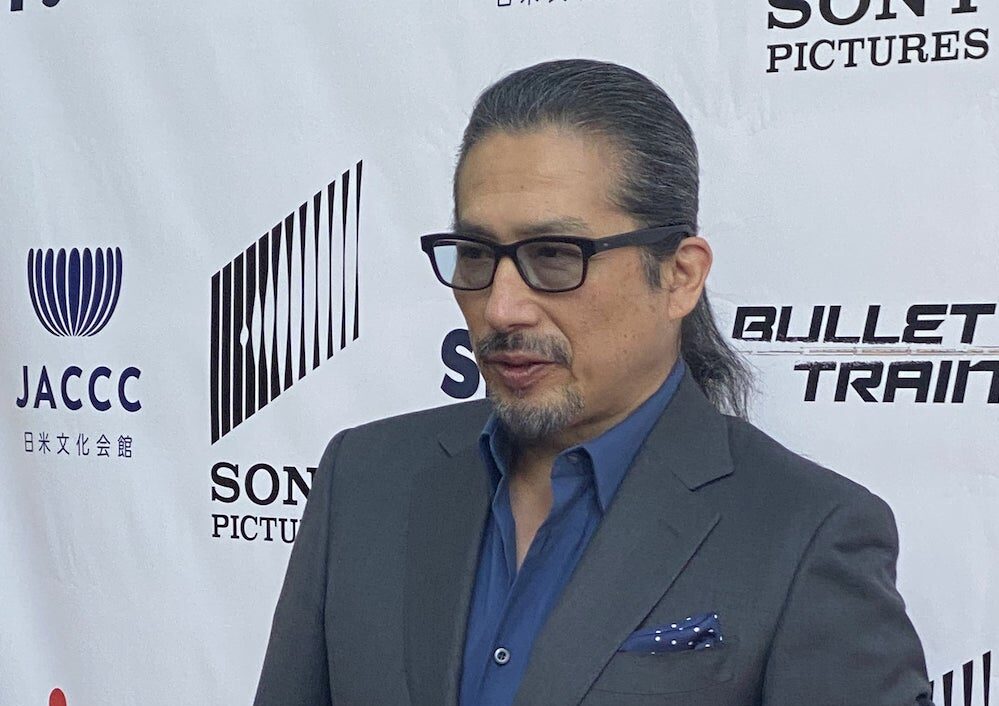 Sony Pictures’ awesomely violent stylized blockbuster Bullet Train is adapted from the Japanese novel MariaBeetle by Kōtarō Isaka. While the adaptation switched out the Japanese characters from the source material in favor of a more international cast, one of the major characters, The Elder, remained Japanese, played by the always engaging Hiroyuki Sanada.

Last week, in advance of Bullet Train’s release, Sanada was the guest of honor at a special screening for the film at the Japanese American Cultural & Community Center in Los Angeles, CA. It’s always special when a film’s star has the opportunity to speak and screen the film for their community, and especially considering the Japanese source material, it was great to have the guests of the JACCC be given the opportunity to watch Bullet Train early.

Eli Johnson had the opportunity to attend the wonderful event on behalf of POC Culture, and speak with Sanada on the red carpet prior to the start of the screening. Sanada talked about the interesting backstories that all of the characters have in the film, how he personally related to his character and also looked back on how film, especially action scenes, have evolved over the course of his luminous career.

Check out Eli’s conversation with Sanada below:

Once the screening event started, Sanada was brought on stage for a special Q&A with Japanese American news anchor, David Ono. Sanada and Ono talked about how the film came together, Sanada’s experience with director David Leitch and working with fellow Japanese star Andrew Koji. Sanada mentioned that working with Koji, he felt an immediate familiarity, as if they’ve known each other a long time. The two had such great chemistry that they called each other the Japanese words for “father” and “son” even outside of shooting.

Watch the full length Q&A between Sanada and Ono below and be sure to check out Bullet Train in theaters now!