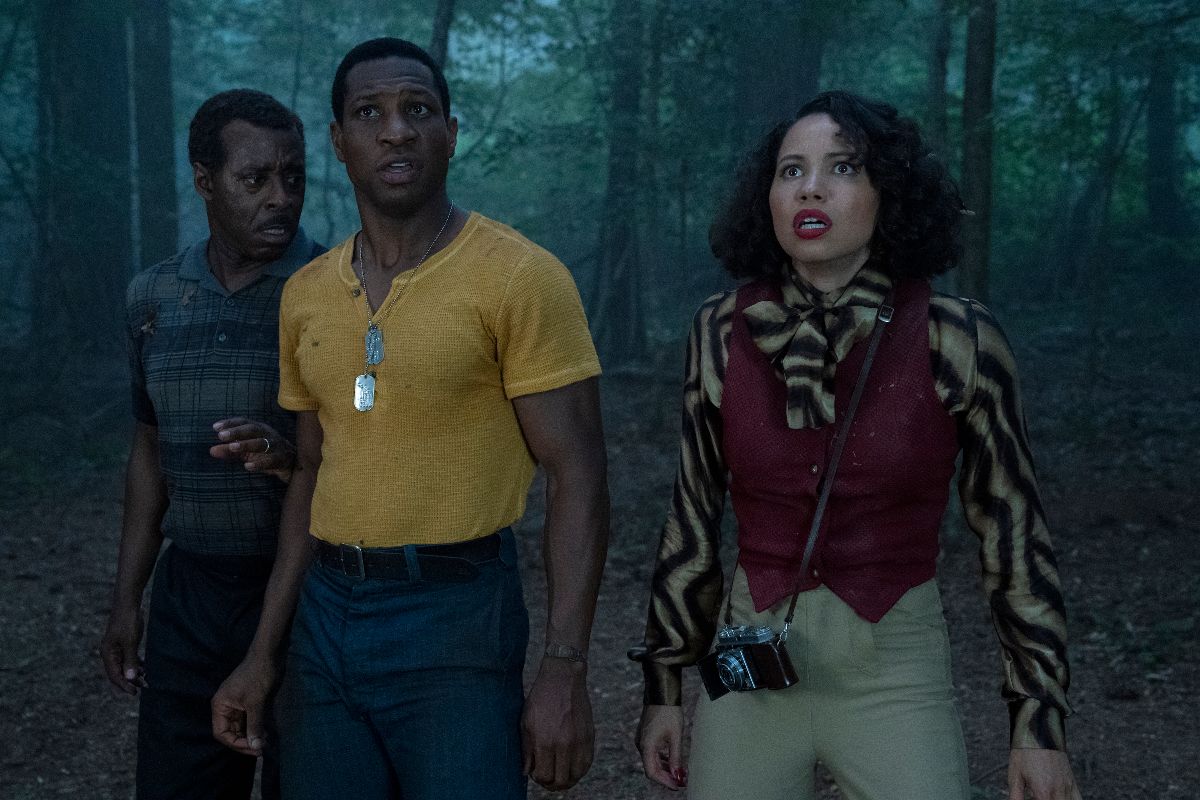 We’re just about three weeks away from the premiere of the highly anticipated HBO miniseries Lovecraft Country from showrunner Misha Green and starring Jonathan Majors, Jurnee Smollett and Courtney B. Vance. The series is based on the book by the same name from author Matt Ruff. Last week at Comic-Con@Home, the cast and crew held an excellent panel for the show, which you can still watch here.

Today, HBO released episode summaries for the first five episodes of the ten-episode series. Below are the descriptions and creatives behind each episode, as well as the release schedule. Lovecraft Country is probably the most hyped series of the summer, and we’re all in need of some great original content, especially content centering Black stories. I can’t wait until August 16th!

From showrunner and executive producer Misha Green, HBO’s new drama series LOVECRAFT COUNTRY debuts SUNDAY, AUGUST 16 (9:00-10:00 p.m. ET/PT) on HBO and will be available to stream on HBO Max. Based on the novel of the same name by Matt Ruff, the ten-episode series follows Atticus Freeman (Jonathan Majors) as he journeys with his childhood friend Letitia (Jurnee Smollett) and his uncle George (Courtney B. Vance) on a road trip from Chicago across 1950s Jim Crow America in search of his missing father Montrose (Michael Kenneth Williams). Their search-and-rescue turns into a struggle to survive and overcome both the racist terrors of white America and monstrous creatures that could be ripped from an H.P. Lovecraft paperback.

Season 1, Episode 1: “Sundown”
Debut Date: SUNDAY, AUGUST 16 (9:00-10:08 p.m. ET/PT)
Veteran and pulp-fiction aficionado Atticus Freeman (Jonathan Majors) travels from the Jim Crow South to his South Side of Chicago hometown in search of his missing father Montrose (Michael Kenneth Williams). After recruiting his uncle George (Courtney B. Vance) and childhood friend Letitia (Jurnee Smollett) to join him, the trio sets out for “Ardham,” MA, where they think Montrose may have gone looking for insight into Atticus’ late mother’s ancestry. As they journey across the Midwest, Tic, Leti, and George encounter dangers lurking at every turn, especially after sundown.
Teleplay by Misha Green; directed by Yann Demange.

Season 1, Episode 2: “Whitey’s on the Moon”
Debut Date: SUNDAY, AUGUST 23 (9:00-10:00 p.m. ET/PT)
Inexplicably recovered from their terrifying night, Leti and George luxuriate in their new surroundings, while Atticus grows suspicious of their Ardham Lodge hosts – Christina Braithwhite (Abbey Lee) and her elusive father Samuel (Tony Goldwyn) – who unveil cryptic plans for Atticus’ role in their upcoming “Sons of Adam” ceremony. Later, after Tic, Leti, and George stumble upon a clue that could lead them to Montrose, each takes an unwelcome walk down memory lane.
Teleplay by Misha Green; directed by Daniel Sackheim.

Season 1, Episode 3: “Holy Ghost”
Debut Date: SUNDAY, AUGUST 30 (9:00-10:00 p.m. ET/PT)
Hoping to mend her relationship with her sister Ruby (Wunmi Mosaku), Leti turns a ramshackle Victorian on Chicago’s North Side into a boarding house – an endeavor that stokes neighborhood racism and awakens dormant spirits stuck in the house. Meanwhile, Atticus remains burdened by a guilty conscience as George’s wife Hippolyta (Aunjanue Ellis) presses him for the full story of what happened in Ardham.
Teleplay by Misha Green; directed by Daniel Sackheim.

Season 1, Episode 4: “A History of Violence”
Debut Date: SUNDAY, SEPTEMBER 6 (9:00-10:00 p.m. ET/PT)
After Christina mysteriously shows up at her doorstep, Leti confronts Atticus about his plan to surreptitiously return to Florida. Later, in search of missing pages to a crucial text, Leti, Tic, and Montrose head to Boston, with Hippolyta and Diana (Jada Harris) along for the ride. Back in Chicago, a handsome stranger nurses Ruby’s disappointment over a squandered job opportunity.
Teleplay by Misha Green; Story by Wes Taylor; directed by Victoria Mahoney.

Season 1, Episode 5 “Strange Case”
Debut Date: SUNDAY, SEPTEMBER 13 (9:00-10:00 p.m. ET/PT)
After making a devil’s bargain with William, Ruby steps into the charmed shoes of a white woman, but her transformation only fortifies her resentment of the racial divide. A betrayal by Montrose unleashes Atticus’ pent up rage, leaving Leti deeply disturbed and sending Montrose into the comforting arms of his secret lover.
Teleplay by Misha Green and Jonathan Kidd & Sonya Winton; directed by Cheryl Dunye.

Ta-Nehisi Coates’ ‘Between the World and Me’ to Stream for FREE on HBOMax.com

Between the World and Me, the special adaption of Ta-Nehisi Coates’ bestselling book, premiered yesterday on HBO Max. For those who don’t have HBO...