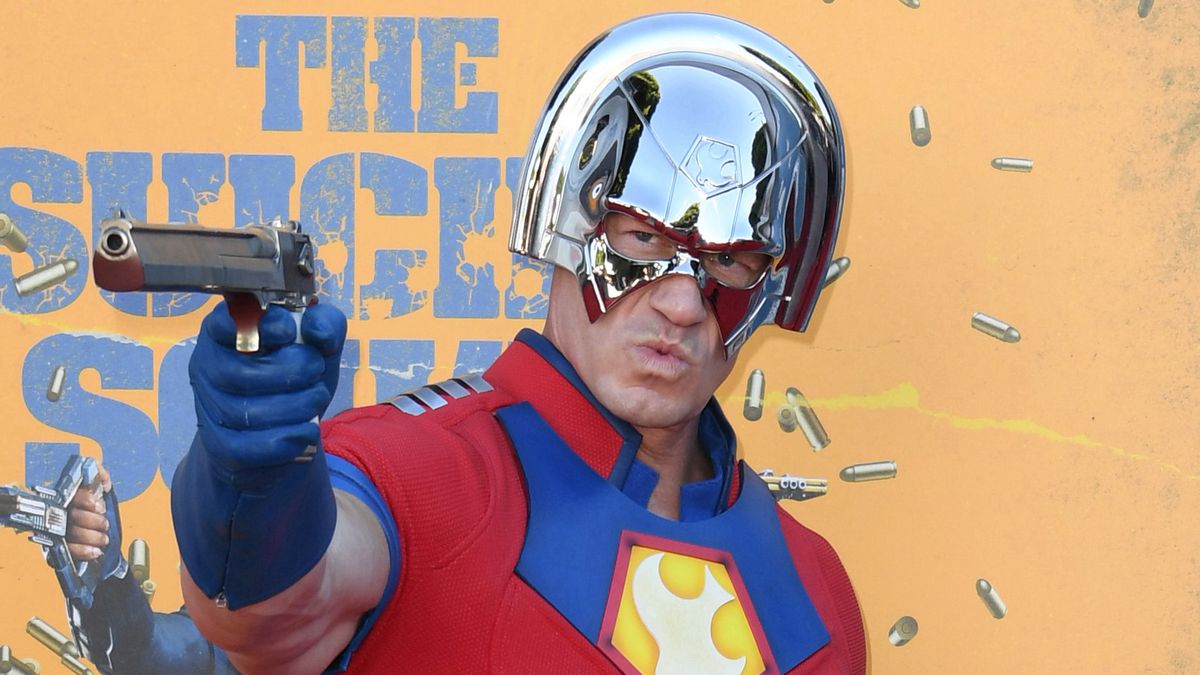 John Cena is back as Peacemaker in a solo series premiering exclusively on HBO Max on January 13, 2022 and the first teaser trailer for the show was revealed at DC Fandome! Peacemaker, written and directed by The Suicide Squad director James Gunn, follows the story of Cena’s titular character following the events of Gunn’s last film.

We all saw what happened to Peacemaker after The Suicide Squad, and it will be interesting to see where the character goes from that point. As one might expect from Gunn and Cena, the teaser trailer is hilariously weird, featuring Danielle Brooks as Adebayo, Freddie Stroma as Vigilante, Jennifer Holland as Harcourt, Steve Agee as Economos, Chukwudi Iwuji as Murn and Robert Patrick as Auggie Smith.

Cena is one of the biggest WWE superstars ever and it’s nice to see him flourish beyond the wrestling arena. Teaming with Gunn seems to be a great fit for Cena’s talents and a series should afford him the opportunity to spread his wings.

Check out the trailer and details below!

HBO Max has released a teaser trailer for the Max Original series PEACEMAKER,written and directed by James Gunn and produced by Peter Safran, at DC FanDome. The DC series debuts THURSDAY, JANUARY 13.

PEACEMAKER will explore the origins of the character that John Cena first portrayed in James Gunn’s 2021 film, “The Suicide Squad” – a compellingly vainglorious man who believes in peace at any cost, no matter how many people he has to kill to get it.

Gunn wrote all eight episodes of PEACEMAKER and directed five, including the first. Gunn, Safran and Matt Miller serve as executive producers on the series, with Cena as co-executive producer. Based on characters from DC, PEACEMAKER is produced by Gunn’s Troll Court Entertainment and The Safran Company in association with Warner Bros. Television.