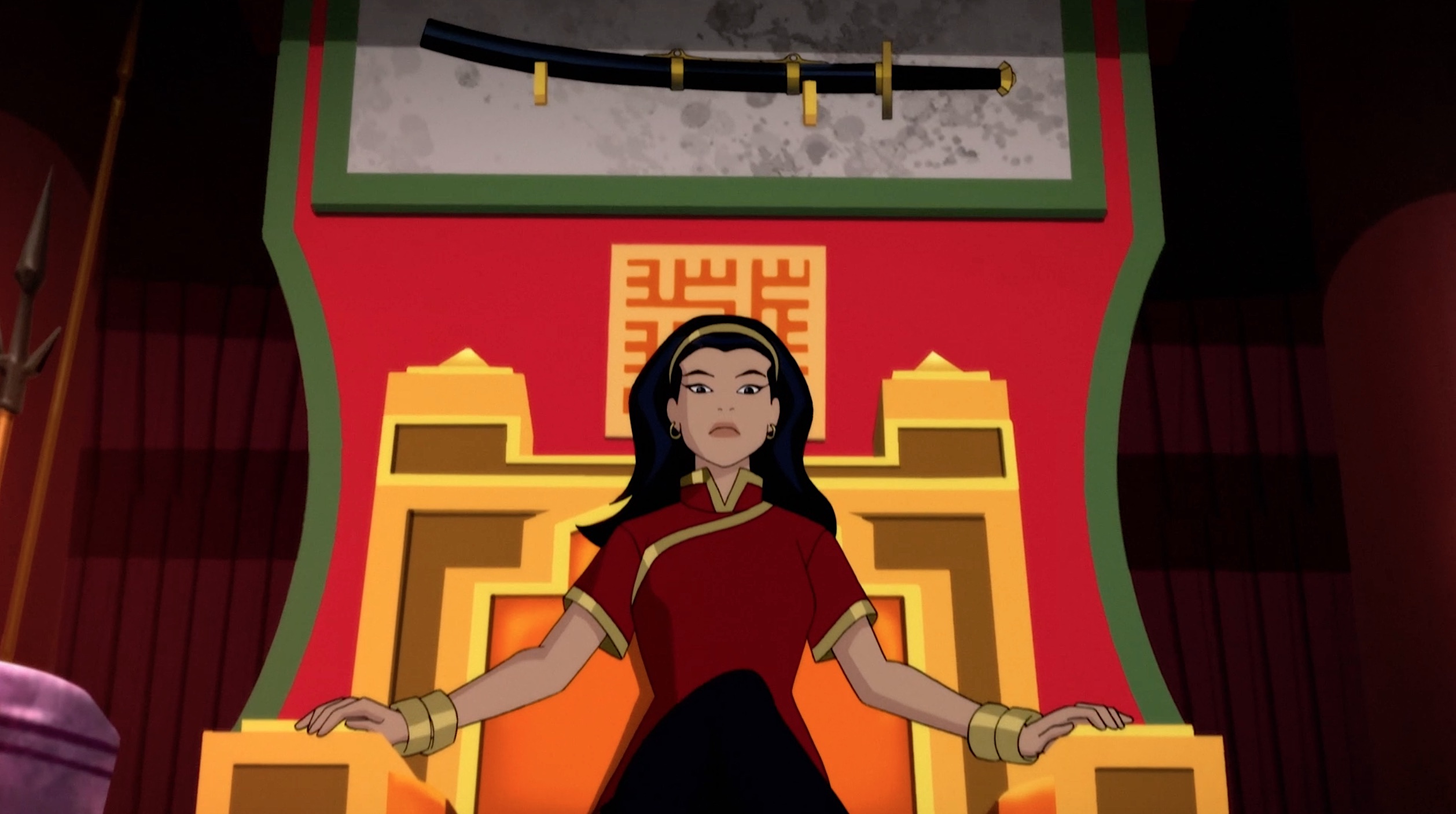 We’re just about two weeks away from the release of Batman: Soul of the Dragon! Today, Warner Bros. Home Entertainment released an all-new official clip that features master O-Sensei revealing a powerful weapon to a group of students, including Bruce Wayne.

The clip is a flashback to when a younger Bruce Wayne (David Giuntoli) was part of an exclusive group of students learning from martial arts master O-Sensei (James Hong). Also part of the group are Shiva (Kelly Hu), Ben Turner (Michael Jai White) and Richard Dragon (Mark Dacascos). There also two additional students in this scene who haven’t been formally identified yet. O-Sensei shows his students the all-powerful Soul Breaker, a sword with the potential to tear a hole in time and space, and explains that it must be protected by someone who values life.

Training sequences are some of the best parts of any martial arts story, and the glimpses we’ve seen of O-Sensei training Wayne and the others look fantastic. I’m excited to see more of Bruce Wayne the student and some of how he came to be one of the best martial artists in the DC Comics universe.

Warner Bros. previously revealed another clip of Bruce Wayne climbing up a snowy mountain to reach O-Senei’s compound and meeting his master for the first time: