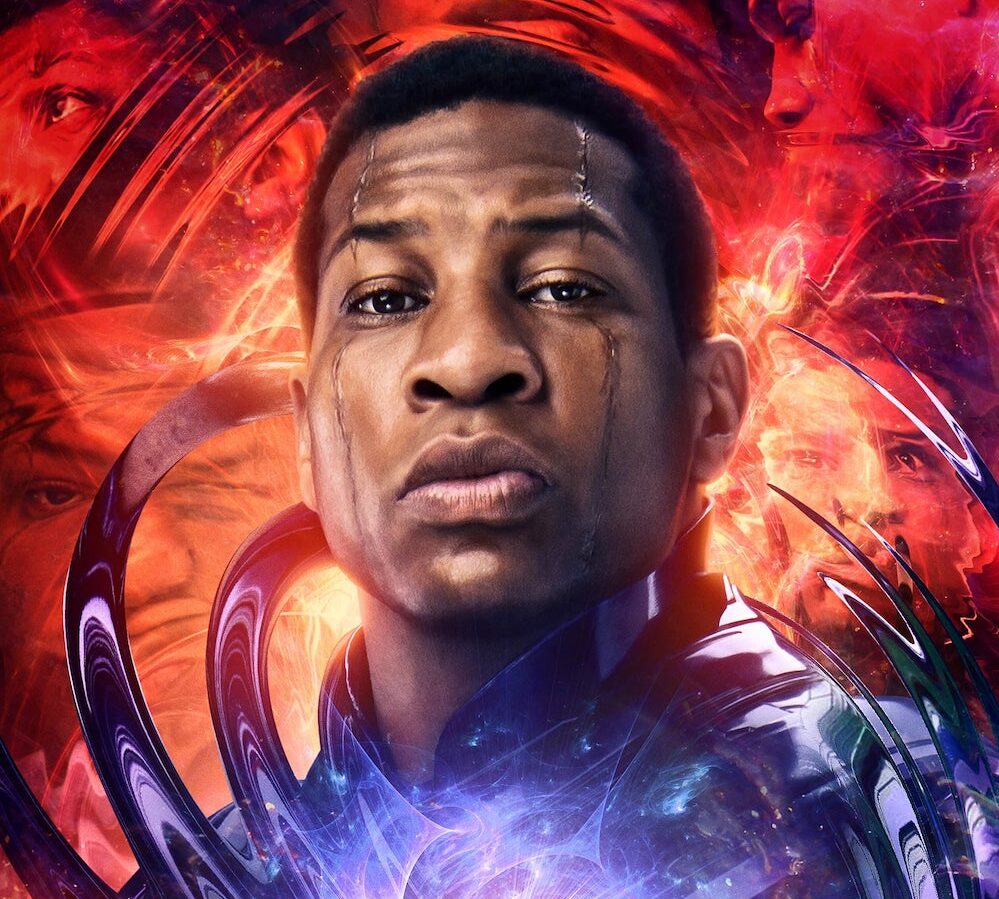 Advance tickets are now on sale for the first Marvel Studios film of 2023, Ant-Man and the Wasp: Quantumania! With exactly one month to go before the film’s release, the hype machine is in full effect for the film that many expect to have massive reverberations throughout the Marvel Cinematic Universe. With all due respect to the titular heroes, this film is all about Jonathan Majors’ Kang.

To commemorate the start of ticket sales, Marvel released six character posters and a new TV spot. The spot focuses on Kang and the threat he poses to Scott Lang (Paul Rudd) and his family, with several scenes taken from the full trailer revealed earlier this month. It’s interesting that Marvel has not released the teaser that was shown at D23 Expo, and in particular the chilling dialogue between Kang and Scott Lang. I appreciate the enduring exclusivity of that sneak peak and hope the film’s marketing will resist the urge to reveal too much before the film’s release.

As for the posters, the characters featured include Scott Lang, Kang, Hope Van Dyne (Evangeline Lilly), Janet Van Dyne (Michelle Pfeiffer), Hank Pym (Michael Douglas), and Cassie Lang (Kathryn Newton). Each of the posters highlight the characters in front of a colorful, Quantum Realm background. I may be biased (I’m definitely biased), but Kang’s character poster is the stand-out, thanks to the ominous purple and red colors.

In addition to the character posters, each of the major prestige format technology companies also released their own exclusive Ant-Man and the Wasp: Quantumania posters – IMAX, RealD 3D, Dolby, 4DX and ScreenX. I often enjoy these exclusive posters as much as, if not more than, the official theatrical posters for these Marvel films. With this batch, the 4DX poster is particularly strong and dynamic.

Check out all of the newly released posters below. Ant-Man and the Wasp: Quantumania premieres February 17th exclusively in theaters!

Super Heroes Scott Lang (Paul Rudd) and Hope Van Dyne (Evangeline Lilly) return to continue their adventures as Ant-Man and The Wasp. Together, with Hope’s parents Janet Van Dyne (Michelle Pfeiffer) and Hank Pym (Michael Douglas), and Scott’s daughter Cassie Lang (Kathryn Newton), the family finds themselves exploring the Quantum Realm, interacting with strange new creatures and embarking on an adventure that will push them beyond the limits of what they thought possible. Directed by Peyton Reed and produced by Kevin Feige, p.g.a. and Stephen Broussard, p.g.a., “Ant-Man and The Wasp: Quantumania” also stars Jonathan Majors as Kang, David Dastmalchian as Veb, Katy O’Brian as Jentorra, William Jackson Harper as Quaz and Bill Murray as Lord Krylar.