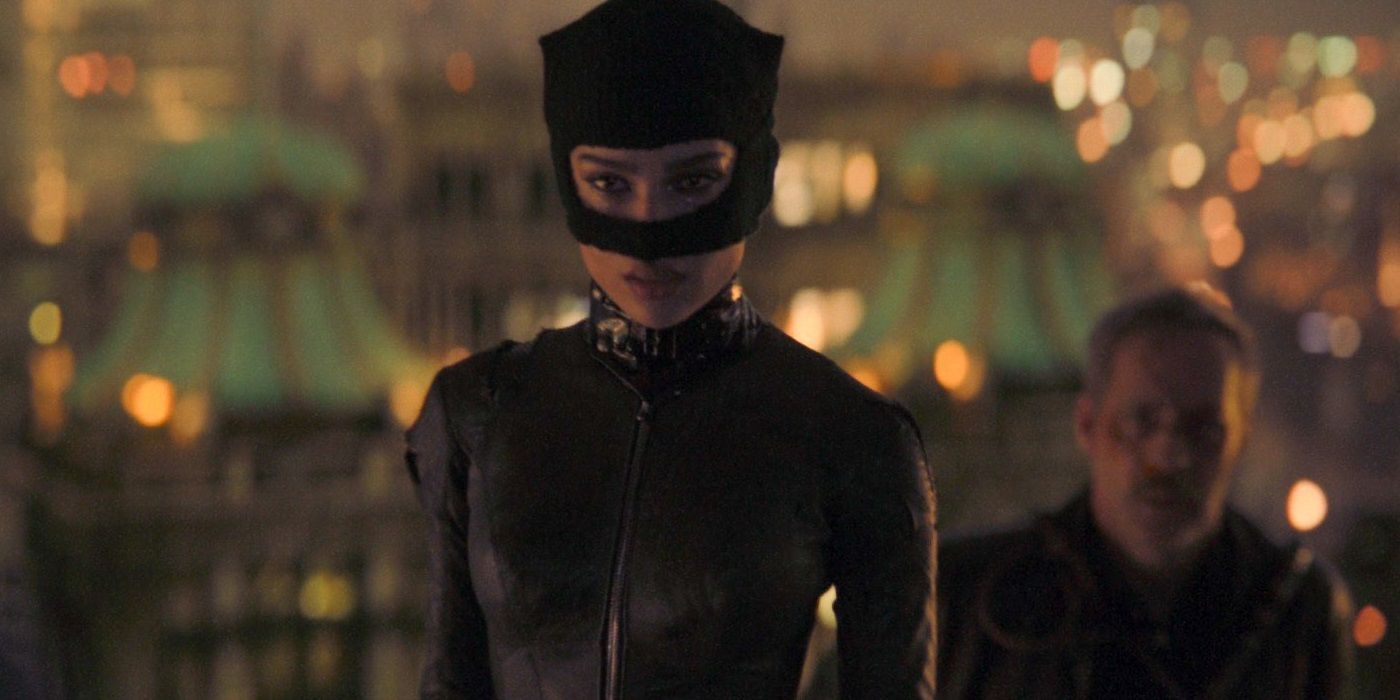 Today Warner Bros. released an explosive new spot, titled “New Friend,” highlighting Kravitz’s Catwoman and her dynamic with Robert Pattinson’s Batman. I love what we’re seeing of Catwoman’s swagger and humor, as well as some impressive fight sequences and stunts.

The Batman and Catwoman dynamic has long been one of my favorite “Bat family” relationships, including their near marriage in comics a few years ago. It’s a relationship that hasn’t been well explored in the live-action arena, despite the fact that Selina Kyle has appeared in both the Burton and Nolan Bat films. The fact that it looks to be one of the central storylines of Reeves’ The Batman is definitely one of the reasons I couldn’t be more excited about the latest iteration of the character.

Check out the new spot below!

Two years of stalking the streets as the Batman (Robert Pattinson), striking fear into the hearts of criminals, has led Bruce Wayne deep into the shadows of Gotham City. With only a few trusted allies—Alfred Pennyworth (Andy Serkis), Lt. James Gordon (Jeffrey Wright)—amongst the city’s corrupt network of officials and high-profile figures, the lone vigilante has established himself as the sole embodiment of vengeance amongst his fellow citizens.

When a killer targets Gotham’s elite with a series of sadistic machinations, a trail of cryptic clues sends the World’s Greatest Detective on an investigation into the underworld, where he encounters such characters as Selina Kyle/aka Catwoman (Zoë Kravitz), Oswald Cobblepot/aka the Penguin (Colin Farrell), Carmine Falcone (John Turturro), and Edward Nashton/aka the Riddler (Paul Dano). As the evidence begins to lead closer to home and the scale of the perpetrator’s plans becomes clear, Batman must forge new relationships, unmask the culprit, and bring justice to the abuse of power and corruption that has long plagued Gotham City.

Reeves (“The Planet of the Apes” franchise) directed from a screenplay by Reeves & Peter Craig, based on characters from DC. Batman was created by Bob Kane with Bill Finger. Dylan Clark (the “Planet of the Apes” films) and Reeves produced the film, with Michael E. Uslan, Walter Hamada, Chantal Nong Vo and Simon Emanuel serving as executive producers.

Reeves Film, “The Batman.” The film is set to open in theaters in North America March 4, 2022 and internationally beginning 2 March 2022; it will be distributed worldwide by Warner Bros. Pictures.

I realize this is an overused phrase at this point, but director Matt Reeves nearly broke the internet today when he unexpectedly dropped...