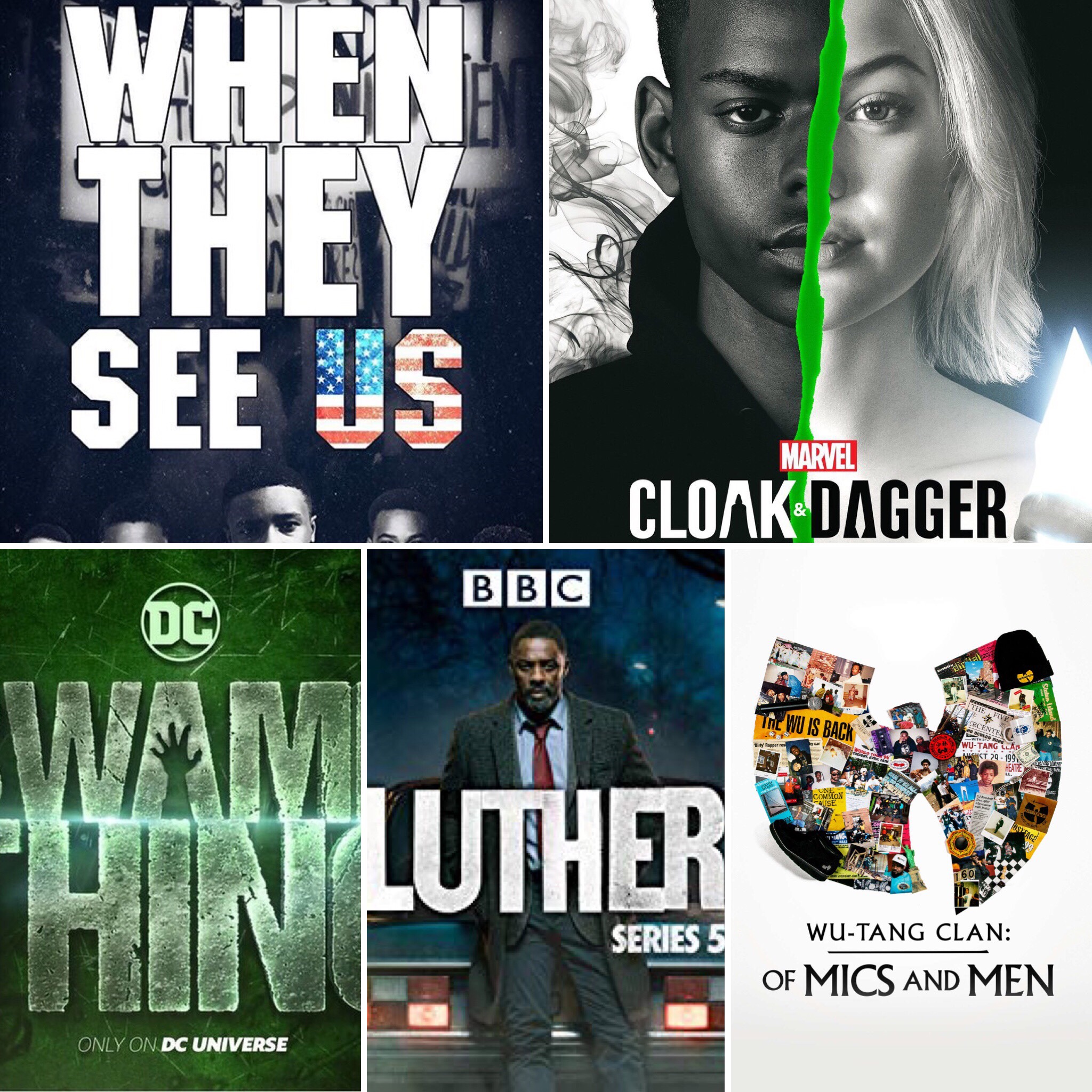 Admittedly, it’s a little late for a list of TV shows for the week, but there actually happen to be several TV shows premiering or ending over the next few days that feature POC characters and/or creators. Below are a few that I’m really excited to see:

This Marvel Comics based show has been pretty well received over the last 2 seasons. It’s easily overlooked given that it’s on Freeform, essentially ABC’s little sister channel focused on younger audiences, but I’d venture to say that the show’s quality has been more consistent than any of the Marvel TV shows on Netflix. The stars, Olivia Holt and Aubrey Joseph, are likable and though the ratings have been down this season, I hope it gets a renewal for season 3.

WHEN THEY SEE US – Series Premiere on Netflix, 5/31

Is there a diverse creator doing more important work than Ava DuVernay right now? She’s equally comfortable directing big budget blockbuster fantasies centering POC characters like A Wrinkle in Time, as she is directing a socially critical mini-series like When They See Us. This series, which recounts the story of the five black boys who would come to be known as the the “Central Park Five,” comes at a time when racial injustice against people of color, and specifically the black community, by the criminal justice system is a topic at the forefront of entertainment. We’re finally at a point where black creators have the freedom and platform to tell the story of their communities. In discussing this project with GQ, DuVernay said that “[t]hese stories have the opportunity to not just shift/shape culture but shift the way we think about each other and the way we think as black people and brown people. It’s race work, and through that, the privileged and the allied may be educated. We’re always hearing about representation, but inherent in the word ‘representation’ is having to assert who you are. You have to represent who you are.” In her review, Carla Renata of the Curvy Film Critic notes that When They See Us is “excruciatingly hard to watch, but necessary” and Joi Childs of the Nerds of Prey wrote that the series is a “well-crafted piece of work that masterfully presents A+ performances, thoroughly researched narratives and a facet of this story that wasn’t told in the late 80’s.” I can’t say that I’m necessarily looking forward to watching this series. I tend to limit my entertainment options to media that’s on the lighter side, and I’m actually reluctant to start it. But as Renata wrote, it’s necessary.

This horror superhero show will be the standard bearer for the DC Universe platform over the next few weeks. Horror genius and Aquaman Director James Wan executive produced this show, and although the season was cut down to 10 episodes from the original 13 episode order, the trailer looks promising.

This four part mini-series, which you can technically already binge on Showtime, officially concludes on Friday. Directed by Sacha Jenkins, Wu-Tang Clan: Of Mics and Men celebrates the 25th anniversary of the legendary rap group’s debut album, Enter the Wu-Tang (36 Chambers). There’s nothing I can write about Wu-Tang that hasn’t already been written far better somewhere else, but I’m amazed at how pervasive the group’s identity remains in pop culture today. I still see their “W” logo all over the place. I’m not the biggest rap aficionado, but I always enjoyed how Wu-Tang incorporated their love of martial arts films into their work. When chatting with a friend of mine a few years ago about Donnie Yen in Star Wars: Rogue One, he said to me “I don’t really know much about Donnie Yen aside from the fact that Wu-Tang is always talking about Iron Monkey.”

After more than 3 years, Idris Elba is back as Detective John Luther! The British crime drama actually returned earlier this year on BBC and was met with substantially positive reviews. I’m sure US fans (who haven’t found…alternative methods to watch it already) are chomping at the bits. Mostly everyone seems excited about the return of Ruth Wilson as Alice Morgan.

That’s a lot of TV to watch over the next 4 days! What a great time for representation in media. Be sure to tweet me and let me know what you’re most excited about!

One of the small but genuinely pleasant silver linings about this pandemic is that the shift to virtual allows more broad access to major...