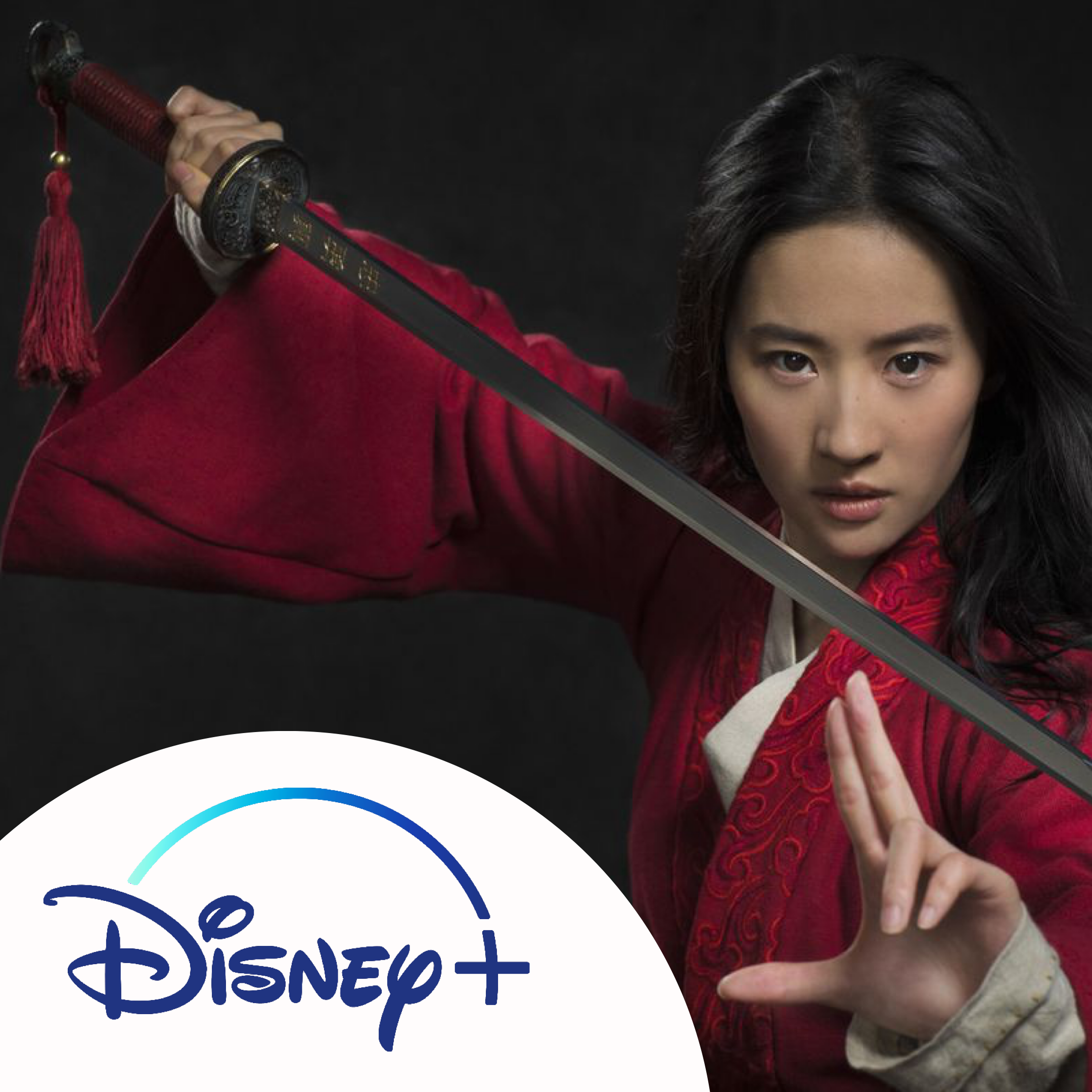 Disney’s live-action Mulan had a glamorous red-carpet world premiere way back on March 10th in Hollywood. It was set to be released worldwide just a few weeks later on March 27th. Of course, that premiere never happened as COVID-19 snapped and all planned film premieres were canceled. Mulan was so close.

Since that false start, fans have wondered what the fate would be for one of the painfully few blockbuster films featuring an all-Asian cast. Today, during its 3rd Quarter Earnings Call, Disney CEO Bob Chapek announced that Mulan would be groundbreaking for a completely unexpected reason – it will be the first blockbuster film during the COVID era to be released via Video On Demand (VOD). Mulan is set to be released on September 4th via Disney+ for $29.99. For international markets where Disney+ isn’t yet available, Disney will continue to pursue a theatrical release. Although Chapek called this a “one-off” scenario as opposed to a new business model, one has to wonder what the long term implications are from this decision.

First and foremost, for Mulan, this is a potentially big blow for a tentpole film that undoubtedly had its eyes on that coveted $1 billion+ box office territory. The last Disney live-action remake of an animated film, The Lion King in 2019, had a very successful run that ended with $1.657 billion in the box office. Mulan had a lot riding on its success. Not only was it the biggest Disney film scheduled for the first quarter of 2020, but it was the first Disney blockbuster featuring a predominantly Chinese cast. Disney was surely eager to make a large impact in the much desired Chinese market with Mulan. It’s still unclear what Disney’s plan for the film is in China, where Disney+ isn’t available. Movie theaters in China began reopening on July 20th with a variety of restrictions, and last weekend total box office numbers hit “a modest” $17.5 million. Assuming COVID numbers stay manageable (whatever that means), it looks like Disney at least has a reasonable path towards a theatrical release in China in the coming months, but the overall numbers will certainly be far lower than initially hoped. There’s no getting over the disappointing circumstances that Mulan has faced this year and everyone, especially Disney’s executives and investors, will have to adjust their expectations and goal posts to evaluate success.

There is some potential upside to this decision to take Mulan to Disney+. You might recall that way back in April (everything before yesterday seems like ages ago at this point), Universal was the first major studio to push one of its expected theatrical releases to VOD with Trolls World Tour. That film reportedly hit close to $100 million in VOD rentals in three weeks and was lauded as both a savvy business move by Universal and an overall success. According to the Wall Street Journal, Universal made about as much money in the first three weeks of Trolls World Tour on VOD as it made with the original Trolls movie during its five month theatrical run. While that’s not accounting for the additional revenue brought in by the first Trolls film when it eventually hit VOD, there’s clearly plenty of money to be made. In particular, the WSJ reported that Universal pocketed 80% of digital rental or purchase fees, compared to 50% of box office sales. During the call today, Disney reported that there are currently over 60 million subscribers on Disney+. While Disney has the leverage to demand a larger cut of box office sales (reportedly as high as 65-70% for Star Wars: The Last Jedi), with Disney+, the studio can presumably retain 100% of all rental profits. The Lion King earned $543 million in the domestic box office. Ignoring various fees, expenses and other financial obligations to keep our math simple, a 65% cut would have given Disney about $353 million of the $543 million (and that’s ignoring the fact neither The Lion King nor Mulan has the clout that Star Wars has, thus making a 65+% cut seem less likely). Using the same calculations, in order for Mulan to generate similar revenues, it would need only about 12 million subscribers, or 20% of all current Disney+ subscribers, to purchase the film at $29.99. That’s not even factoring in those who have been holding out on signing up for Disney+ who might be tempted with this kind of exclusive release. Hoping for 20% of subscribers to buy Mulan during a time when many are starved for content seems very reasonable. The purchase price is given a bump in value considering that it was revealed today that $29.99 not only gives subscribers the opportunity to rent the film, but they will be able to keep the film as long as they remain subscribed to Disney+. This makes the $29.99 almost an early purchase price rather than a straight rental.

With all that math, it’s easier to understand Disney’s decision to explore this route. And despite Chapek’s stance that this doesn’t signal a new approach for Disney, we’d be foolish not to recognize this as a market test. After all, if you can’t take some risks and explore new revenue sources during an unprecedented pandemic, then when can you?

The next question of course is where this will take movies and movie theaters going forward. The death of movie theaters has long been discussed well before we found ourselves quarantined. As someone who genuinely loves going to the theaters, I would certainly hate to see all the major theater companies go under. But the reality is that a shift was happening regardless of COVID. The way we consume entertainment has already undergone a generational shift in the last few years and there are no signs of stopping. In 2013, two guys named George Lucas and Steven Spielberg predicted dramatic changes in the way movie theaters do business. Speaking at the USC School of Cinematic Arts, Spielberg predicted variable pricing for films, saying that “you’re gonna have to pay $25 for the next Iron Man, you’re probably only going to have to pay $7 to see Lincoln.” Lucas went a step further, saying that he expected movie releases to emulate Broadway productions, with fewer movies released at higher price points. Both predictions make a lot of sense. Variable pricing might seem insulting at first, but it might also give smaller films more of a chance with cost conscious audiences. Lucas’ idea that we could see fewer movie theaters overall, playing just a few films at a premium price, seems almost inevitable. If VOD is a proven success, the only true value for movie theaters is showing a movie that takes full advantage of theater technology that can’t be replicated at home. Yes we need to see Avengers: Endgame in a massive IMAX theater with Dolby Atmos sound. But we can probably enjoy and appreciate Parasite just as much, if not moreso, at home.

Another common question is, which film is next? Fans immediately wondered whether Marvel Studios’ Black Widow, which was originally scheduled to be released in May and currently has a November 6th release date, might instead also be released on Disney+. I would imagine that the odds of Black Widow premiering on Disney+ depend greatly on both COVID numbers in the coming months and the significant success of Mulan. If we’re nearing November and theaters don’t look anywhere close to being able to open widely and Mulan has established the proof of concept by that point, Disney and Marvel may very well move forward with another blockbuster VOD release. The question is, would Black Widow still cost $29.99 or might we already see the variable pricing that Spielberg predicted?

Another potential VOD candidate would be the long suffering New Mutants film, which began production under Fox before the Disney purchase. At least according to Alisha Grauso of Atom Insider, New Mutants is off the table due to existing obligations. Of course, contracts can be amended and compromises can be made. New Mutants has had a nightmare of a time trying to nail down a release date, so one has to wonder when all the interested parties will eventually decide to cut their losses and get the film out there rather than continue to wait.

On my end, I’ll be paying the $29.99 for Mulan on September 4th. It’s a film I obviously have a high interest in and the novelty of the situation is too much for me to ignore.