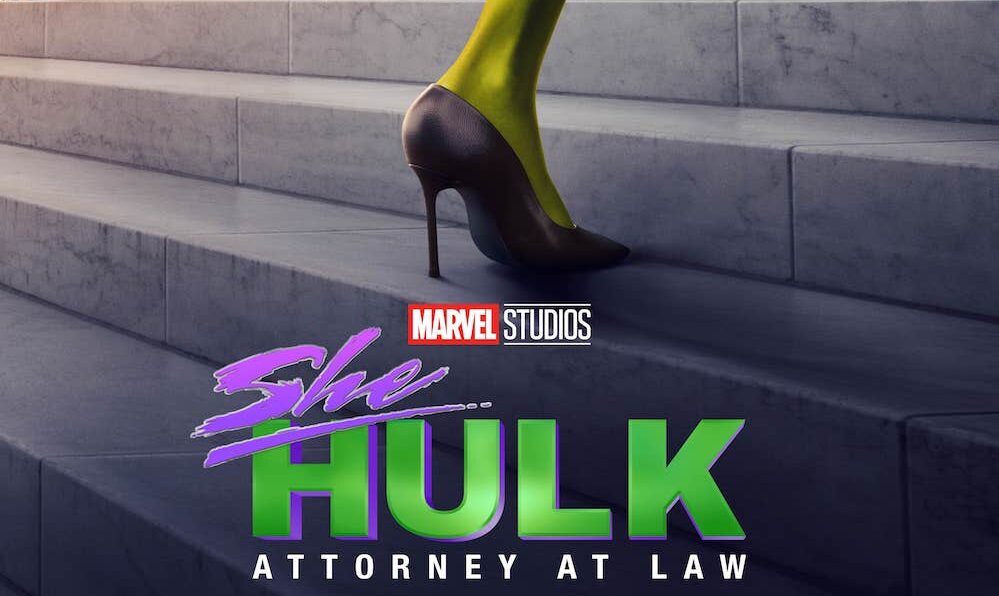 The challenge with telling any superhero story is making them relatable. As much as audiences love seeing god-like beings accomplishing impossible feats, at the end of the day, if we can’t relate to these characters, the story fails. The ability to make superheroes relatable has been the secret sauce for Marvel Studios, who somehow have made audiences relate to super intelligent, absurdly rich playboys and enhanced soldiers from history.

Even so, making a 6′ 7″ green skinned lawyer relatable is no easy task (who really wants to relate to a lawyer anyway?). Thus, with Marvel’s latest series, She-Hulk: Attorney at Law, the creative team knew that their primary goal would need to make their hulk character very human.

At a recent press conference for the series that included stars Tatiana Maslany and Ginger Gonzaga, head writer/executive producer Jessica Gao and director/executive producer Kat Coiro, the team talked about tackling the humanity of Jennifer Walters.

“I think the beauty of television is, unlike the movies, we actually have time and space to really, like, sit with the character and learn more about them. And really get to know them as a fully fleshed out person,” Gao said.

A veteran TV writer, who won an Emmy award for her work on Rick and Morty, Gao praised Maslany’s ability to humanize her gamma infused hero. “[Tatiana] was able to, from day one, make this feel like a real human being. You feel like she’s lived a life, she has life experiences, she has relationships, she has a family and she has friends, you know?” Gao said. “And also, that she changes. She might feel different in the morning than she does in the evening. She might feel different today than she does yesterday. Like, this is a real person who actually feels things and processes things and, like most people, has highs and lows.”

Coiro echoed Gao’s sentiment, saying that the series format allowed them to focus on the day-to-day life of the character. “[I]t really is a little bit of a peek behind the curtain at the everyday, sometimes even mundane life of a superhero, which we do get to experience in this long form series,” Coiro said.

Discussing the ways in which Maslany connected with the character of Jennifer Walters/She-Hulk, Maslany pointed to her inner-conflict. “It was actually her conflict with it that I found most interesting, like her resistance to it and her…kind of like she’s built this life for herself that she does not wanna let go of. She’s worked so hard to be a lawyer and she has to constantly prove herself,” Maslany said. “So she’s in this path. And then when this thing happens to her, she has to contend with a whole other perception being placed on top of her and expectations societally of like how she should be and who she should be.”

Much of the success of the series can be credited to the personal love and affection that the creatives involved have for the character. Coiro talked about how she recalls the very first time she became aware of She-Hulk as a child. “I remember very vividly, being a little girl and seeing the cover of a She-Hulk comic in amidst the sea of male comics. And just not knowing who she was or what this was, but knowing that I was moved by it,” Coiro said. “And that the idea of being large and in charge and, you know, taking control, taking up space, was something that really resonated with me. And I remember, I bought that comic book. And so, when this show came along, it was really the culmination of a real dream.”

Gao shared a similar story, admitting that she had been turned down by Marvel Studios on three previous occasions, but that She-Hulk was the one she always wanted because she fell in love with the character from John Byrne’s Sensational She-Hulk comics. “I was elated because it was a dream job,” Gao said about finally landing the project. “But also, I’d been rejected by Marvel three times on previous projects. So, I was like, ‘I guess fourth time is the charm.’ It worked….[She-Hulk] was the right project. I’m glad they rejected me so many times.”

She-Hulk: Attorney at Law premieres exclusively on Disney+ on August 18, 2022.