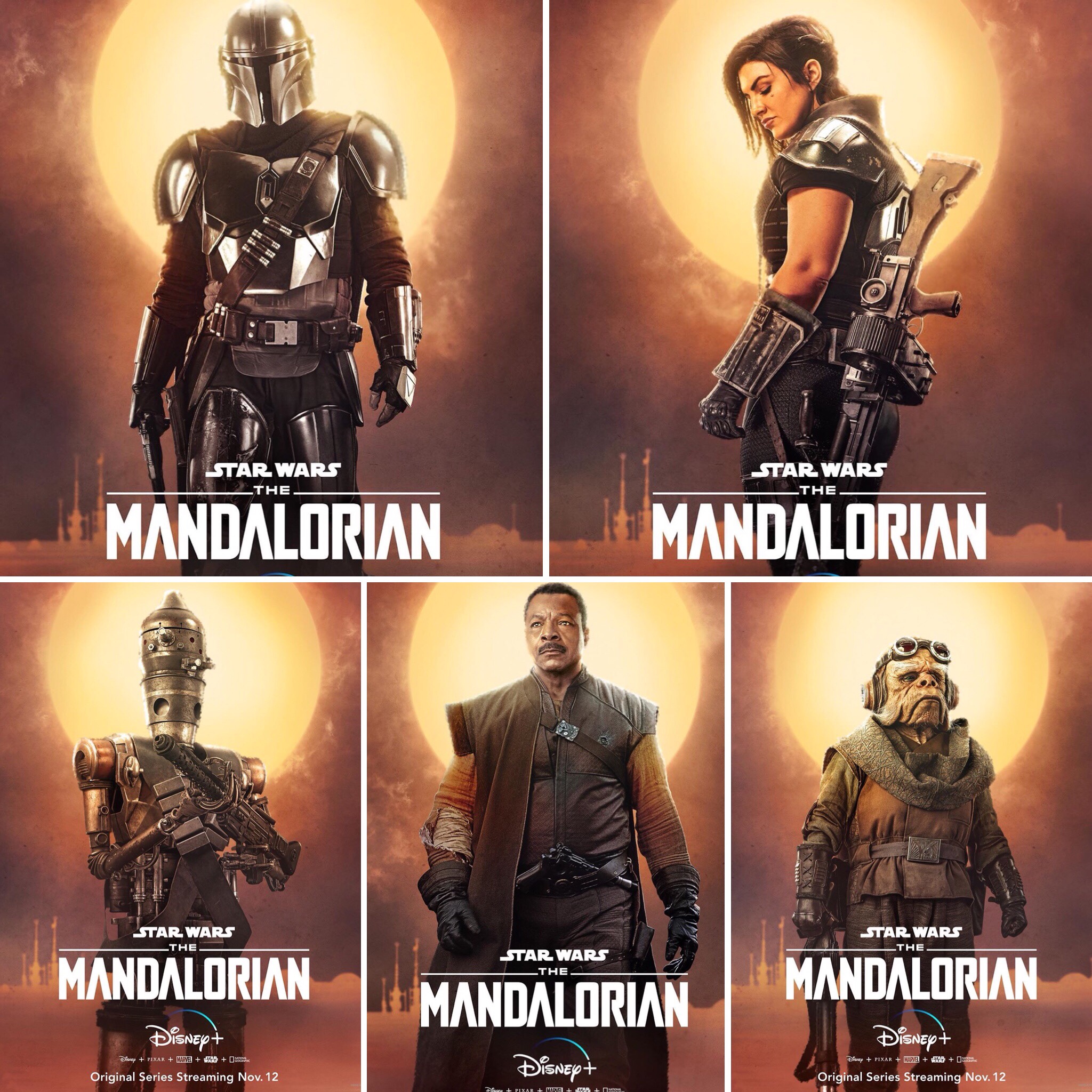 We’re just about two weeks away from the launch of Disney+, and the premiere of the new streaming platform’s flagship show, Star Wars: The Mandalorian. According to the New York Times, there will be no early screeners provided to media prior to November 12th, as there is apparently a significant spoiler in the first episode that impacts the Star Wars universe as a whole.

I’m loving the aesthetics for The Mandalorian. It’s simple, it’s eye-catching, and it really focuses on the characters. It’s also a very “Star Wars” western vibe that first attracted so many to the saga way back in 1977. Finally, this wouldn’t be POC Culture if I didn’t comment on the diversity. Even here, just with character posters, you have Pascal and Weathers featured, and the droid is voiced by Waititi. I’m not sure who is playing the Ugnaught, so we’ll have to wait and see on that one. From a female perspective, we could be doing a bit better, but it hasn’t been lost on me that Carano’s character has been promoted so heavily that it feels like she’s on equal footing with Pascal’s Mandalorian. Finally, we know that Ming-Na Wen has a yet unannounced role in the show as well, and I couldn’t be more excited about that. Between these characters and the staggeringly impressive list of diverse directors on this show, The Mandalorian is setting a new standard for diversity in the Galaxy Far Far Away.

Speaking of aesthetics, uber talented artist Darren Tibbles created an impressive fan art of The Mandalorian in the spirit of an old Marvel comic cover that featured Boba Fett. His piece was so good that Gina Carano even gave him some love on her Instagram.

Further, Lucasfilm announced today that a brand new trailer for The Mandalorian will be releasing tonight! Might we finally get a glimpse of Ming-Na’s character? To prepare, Star Wars tweeted this fun clip of Pascal, Carano and Weathers watching the soon-to-be-released trailer. Trailer reactions have become commonplace in the age of social media, and it’s fun to see Star Wars lean into that practice by having the stars do the same thing. I’d love to see more cast and crew react to watching trailers and other clips for the first time. I’ll never forget the footage of the Black Panther cast watching first footage of their film at San Diego Comic-Con 2017.

.@GinaCarano, @PedroPascal1, and @TheCarlWeathers got a sneak peek of the new trailer for #TheMandalorian. Experience it for yourself tonight. pic.twitter.com/M2fZ1L9DVn

The Mandalorian premieres on Disney+ on November 12th! Check back tonight for the new trailer!