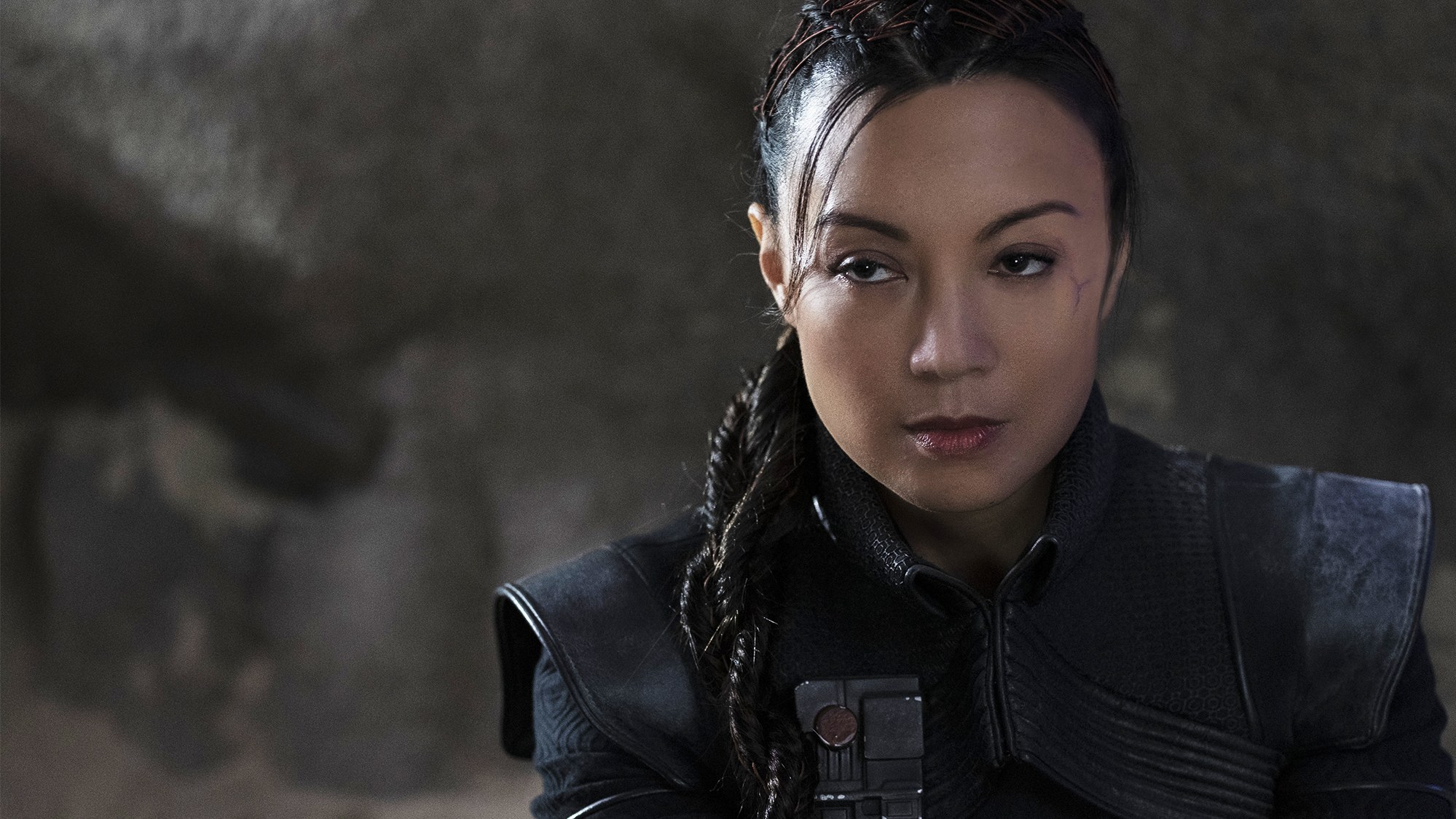 At long last, Ming-Na Wen’s character in the Disney+ Star Wars show, The Mandalorian, has  been revealed! According to Vanity Fair’s Anthony Breznican, Ming-Na Wen will be playing a bounty hunter named Fennec Shand. Named and designed after the fennec fox, Shand reportedly won’t appear on the show until about midway through the first season. This might explain why we’ve had precious little info on her character to this point.

“We got our inspiration really from the name. The idea of a fennec fox came to mind,” Wen told Vanity Fair. “She’s tricky, and yet she’s able to maneuver and survive, and be stealthy—so very graceful and agile. I just love that whole image with the name.”

As part of Breznican’s report, Vanity Fair also provided a new teaser video for The Mandalorian, which includes our first look at Wen’s Shand telling Pedro Pascal’s character; “Your name will be legendary.” It’s certainly worth heading over to Vanity Fair to watch the teaser, which also features a few additional shots from the show, including hearing the voice of Nick Nolte as the Ugnaught alien Kuiil. They sure managed to pack quite a bit of reveals in the 30 second video!

Being that it’s Star Wars, the first question fans often ask is – “Which side is she on?” Regarding Shand’s allegiances, Wen apparently compares her character to Han Solo, telling Vanity Fair, that her character “can go either way” and saying that she is “loyal to herself.” Given what we know about the world that The Mandalorian is taking place in, post-Return of the Jedi, after the fall of the Empire and during what seems to be a period of transition and chaos, it’s safe to assume that many of the characters on the show will be like Wen’s in the sense that allegiances will always be questioned. It sounds like that will give Jon Favreau and the other storytellers plenty of leeway to pull some unexpected twists throughout the season. Looking at Shand’s face though, which sports a clear scar on her left cheek, it reminded me of Gina Carano’s Cara Dune, who has a tattoo of the Rebel Alliance starbird symbol on her left cheek. Is it possible that Shand also once had a similar tattoo that has since been removed? Do Shand and Dune know each other? If Shand did have a tattoo, was it the Rebel Alliance starbird or…something else?

It’s also interesting, and a bit humorous, that Fennec Shand was inspired by a fox. Apparently, the fox’s unique look of pointed ears and orange tinged fur, have been incorporated into Shand’s design. Shand’s hair, which you can see a bit better in the pic above, is clearly unique and very detailed. You can see the lighter elements as well. I’m pretty sure you can’t own pet fox’s, but I’m willing to bet that the inquiries into purchasing fennec fox’s are about to go way up this Christmas.

Ming-Na Wen is well known to be a genuine fan of the Star Wars franchise, and when her casting was announced by Disney Chairman and CEO Bob Iger at the D23 Expo, I was extremely excited. Wen’s Shand is set to be the first major live-action character in the Star Wars universe played by an Asian-American actor. Let that sink in for a second. Famously inspired by Japanese Samurai and Akira Kurosawa’s iconic films, Star Wars has embraced many Asian themes and aesthetics over its 42 year history, but has been sparse in terms of incorporating Asian characters and actors. In 2014, the animated series Star Wars Rebels gave us our first major “Space Asian” character in the Mandalorian Sabine Wren, voiced by Tiya Sircar. That was followed by Rogue One: A Star Wars Story in 2016, which introduced the saga’s first Asian live-action main characters with Donnie Yen’s Chirrut Imwe, Jiang Wen’s Baze Malbus and Riz Ahmed’s Bodhi Rook. Most recently, in the animated show Star Wars Resistance, which boasts a very diverse cast, the lead character of Kazuda Xiono is played by Christopher Sean. All those examples of Asian representation have been great, and Ming-Na’s Shand looks to be another major positive step in that area. What I love is that Fennec Shand’s face is not hidden behind an alien mask or paint. The representation is plain for all to see, which is always an important element of representation.

For her part, Wen seems very aware of the historical impact her character could have.

“There was all this incredible imagery, but yet there were very few Asians in the films,” Wen said to Vanity Fair. “Any sort of representation is important and necessary. And I’m just happy that I got chosen. It was meant to be.”

Considering Wen’s long and wonderful history with Disney franchises, including voicing the lead character in Mulan and playing Agent Melinda May in Marvel’s Agents of SHIELD, it seems perfectly appropriate that Wen would come into the Star Wars universe in this groundbreaking role. She is now one of the few (only?) actors to complete the trifecta of Disney, Marvel and Star Wars. Further, The Mandalorian already looks to be a high water mark in terms of diverse representation, and having Wen as part of the cast is a massive boost in that area. My main hope is that her character is well written, with significant depth, and that she’s so popular that she will be a major part of the story going into season 2 and beyond.

The Mandalorian premieres on Disney+ in less than two weeks on November 12th!

Ming-Na shared her excited reaction to her character reveal today and it’s as genuine and excited as you would hope: