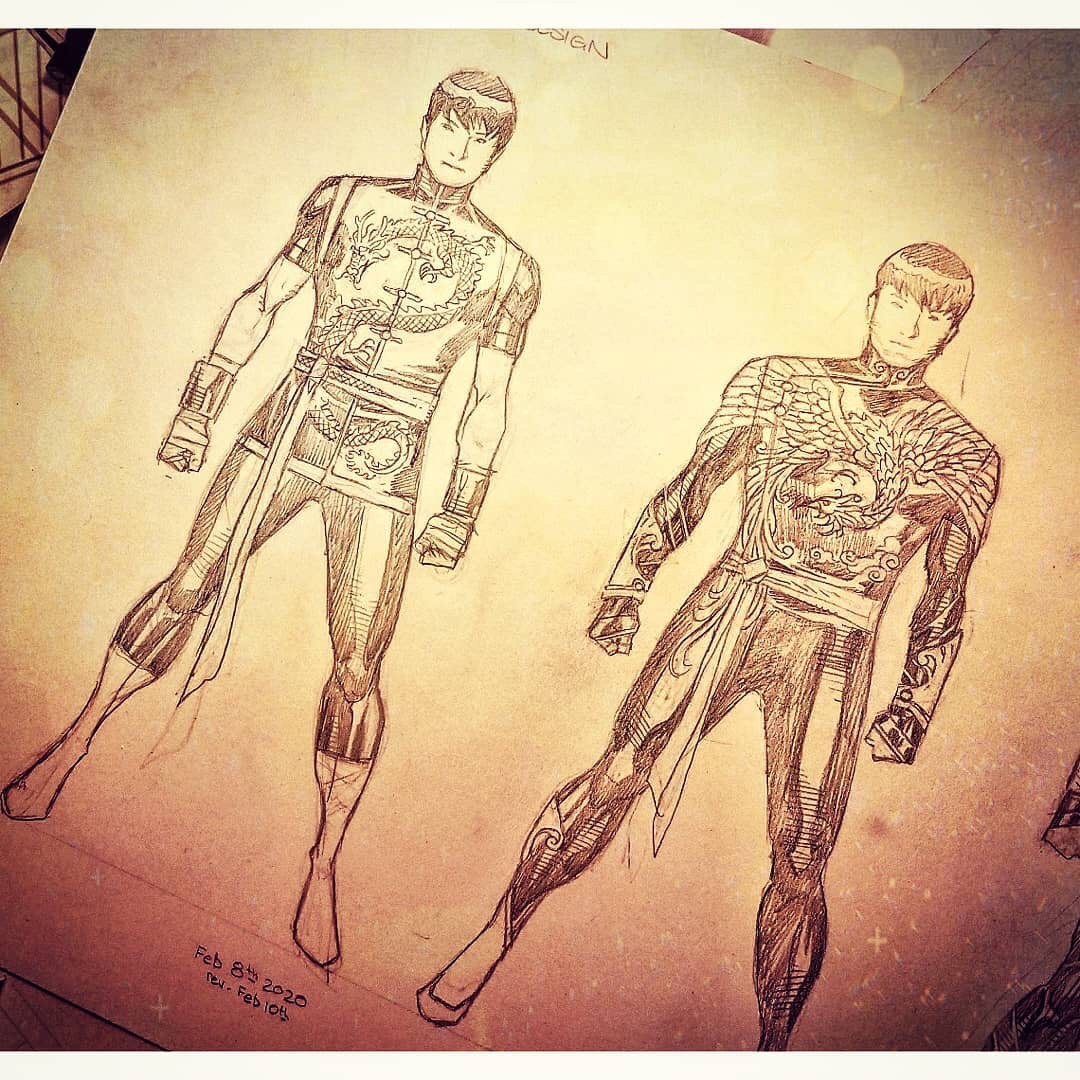 New variant cover by Ron Lim revealed! Now we’re waiting to see the covers by Inhyuk Lee and Dave Johnson. Shang-Chi #1 is set to be released on September 30th!

Marvel Comics’ Shang-Chi was created in 1973 by comic titans Steve Englehart and Jim Starlin, and was so popular that Marvel not only gave him an on-going series, Master of Kung Fu, but also launched a second series, Deadly Hands of Kung Fu. Together, the two books combined for an incredibly successful run of 163 issues. Disappointingly, Shang-Chi has been a bit of a wandering monk within the Marvel Comics universe since then, bouncing around between various teams (including a previous stint with The Avengers and currently with The Agents of Atlas). Master of Kung Fu released its final issue in 1983 and that was the last time Shang-Chi had a regular on-going comic. Marvel has tried at various points over the last several years to re-introduce a Shang-Chi series, but it wasn’t quite clear where the character fit within the modern 616.

As all comic fans know, a comic character is only as good as the commitment from the publisher and the creative team to tell a great story. After Englehart and Starlin, Doug Moench and Paul Gulacy took over the character and are largely credited for fully fleshing out who Shang-Chi is. It’s been decades since that duo left the book, and while Shang-Chi has enjoyed some highlight moments under the stewardship of writers like Jonathan Hickman, Haden Blackman and Greg Pak, fans have long waited for the right creative team to redefine the Master of Kung Fu for the modern world of comics. Enter Gene Luen Yang, Jim Cheung, Dike Ruan and Philip Tan (It took a lot for me to avoid writing that sentence without some reference to Enter the Dragon).

This September, Marvel is finally bringing out the big guns to revamp Shang-Chi just in time for the character to blow up next year (ish?) in the the Marvel Cinematic Universe. My obsession affection for Gene Luen Yang’s writing is well documented on this site (and if you haven’t already, now would be a great time to check out my 2-part interview with Yang, which took place prior to this announcement). He’s the absolute #1 overall pick in any comic book draft to write Shang-Chi. Yang, who is Chinese-American, is well prepared for this character because he had to wrestle with the nuances of writing a Chinese superhero in DC Comics’ New Super-Man, which featured a brand new Chinese character, Kenan Kong. Yang put together a whole Chinese Justice League for that series, and crafted exciting and fresh storylines that I couldn’t recommend more. As Yang mentioned during our interview, he was originally reluctant to write a character based in China, as he had never lived in China and only visited twice in his life. This is exactly the type of conflict that many in the diaspora struggle with regularly in our own lives. Of course, despite the challenges, Yang pulled it off with aplomb, and I think the work he put into preparing for Kenan Kong will serve him well for Shang-Chi. Further, this is Yang’s Marvel Comics debut! The fact that Marvel didn’t simply turn to a writer already on its roster shows the thoughtfulness that went into this selection.

In an interview with the New York Times, Yang teased that his story will shift the focus of Shang-Chi’s story from a battle against his father, Zheng Zhu (formerly Fu Manchu), to a sibling focused rivalry.

“The basic idea that his father is a supervillain is still there; we don’t want to overturn that, but we do want to add some nuance,” Yang said. “Zheng Zhu has been around a very long time. He has other kids besides Shang-Chi, so we’re going to explore some of those sibling relationships.”

As talented as Yang is, a comic book character can only go so far on writing alone. Thankfully, Marvel turned to a trio of artists who are perfectly suited to bring the various elements of Shang-Chi to life. First, one of the most popular Marvel artists today, Jim Cheung, was tasked with giving Shang-Chi’s look a much needed refresh. Shang-Chi’s previous Game of Death inspired outfit was a bit too on the nose. Just because Shang-Chi was modeled after Bruce Lee doesn’t mean he has to look like he’s cosplaying. Cheung shared some of his design process with Shang-Chi via Instagram, and the new look really pops. It’s true to his martial arts roots with a more modern twist.

The interior art will be handled primarily by Dike Ruan, who worked on Friendly Neighborhood Spider-Man and whose art is so incredibly dynamic that he’s the ideal choice for a character defined by his movements. A Shang-Chi book must have epic fight scenes and Ruan is well suited to capture that intensity. Philip Tan, best known for his work on Spawn and Black Order, is apparently doing the art related to some flashback or backstory elements that make me wonder just how in-depth the character refresh will be. I feel like being picked to follow in the footsteps of Todd McFarlane to work on Spawn is a huge badge of honor and Tan definitely deserves it. I can’t wait to see the stunning visuals from Ruan and Tan.

Of course it’s not lost on me that Marvel picked an all-Asian creative team to bring Shang-Chi back to prominence. As with the carefully selected team behind the upcoming Marvel Studios film, it’s important that Asian creative voices are finally given the opportunity to tell a Shang-Chi story.

Finally, this book, which was originally scheduled to release in July, will launch with a healthy number of variant covers. I will of course be purchasing all of them. Below are the covers for Shang-Chi #1 and #2 revealed thus far. They include variants by industry icons like Arthur Adams and Alex Ross. InHyuk Lee is also doing a yet unrevealed variant.