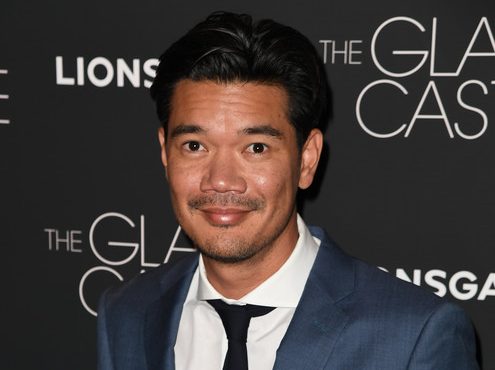 Shang Chi and the Legend of the Ten Rings from Marvel Studios is currently filming in Australia. Director Destin Daniel Cretton doesn’t share too much on social media, but today he provided a small behind-the-scenes glimpse into the process, sharing a clip of himself and First Unit Director Jeff Okabayashi during the start of filming a scene.

The clip, which was shared on his Instagram story, lasts just about 10 seconds, and all you see are Cretton and Okabayashi waiting in what looks to be a stairwell. Okabayashi is handling the duties in this moment, as he declares “Camera set. Here we go, ready and…action!” At that moment, Cretton’s eyes go big and then he looks off camera at what we can assume is the actual scene being filmed.

Of course we don’t get any look at what the actual scene is, so there are no potential spoilers involved. This is the director of the film sharing the clip after all. Having said that, it’s really exciting to get a behind-the-scenes look at what’s going on over there, as well as obvious confirmation that the film is in fact currently filming. It’s also cool that as the cast and crew are working on the film in real time, we get a chance to enjoy these shared moments.

What do you think about this brief sneak peak? Does it get you hyped to learn more about the film?

Check out my screen recording of the clip that Cretton shared below.

Shang-Chi and the Legend of the Ten Rings is set to release on February 12, 2021. Destin Daniel Cretton (Short Term 12, Just Mercy) is directing with screenplay by David Callaham (Wonder Woman 84). The film stars Simu Liu (Kim’s Convenience) as Shang-Chi, Tony Leung (Hard Boiled, too many to list) as The Mandarin, and Awkwafina (Crazy Rich Asians, The Farewell) in a yet unnamed role.