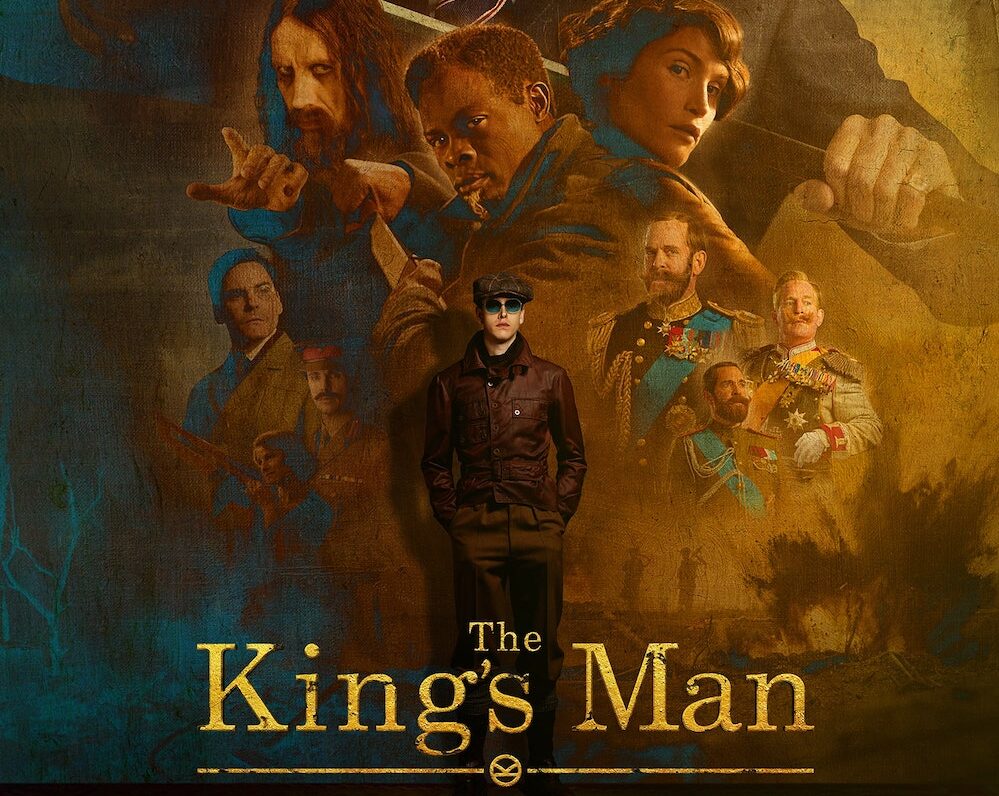 20th Century Studios’ The King’s Man is a prequel to the 2014 film Kingsman: The Secret Service. This is an interesting origin story for the organization, with a slow first act but plenty of twists and turns and a thrilling third act. The action sequences in this film are on par with its predecessors, while adding some historical fiction to the franchise.

As a collection of history’s worst tyrants and criminal masterminds gather to plot a war to wipe out millions, one man must race against time to stop them. Discover the origins of the very first independent intelligence agency in “The King’s Man.” “The King’s Man” is directed by Matthew Vaughn and stars Ralph Fiennes, Gemma Arterton, Rhys Ifans, Matthew Goode, Tom Hollander, Harris Dickinson, Daniel Brühl, with Djimon Hounsou, and Charles Dance. Matthew Vaughn, David Reid and Adam Bohling are the producers, and Mark Millar, Dave Gibbons, Stephen Marks, Claudia Vaughn and Ralph Fiennes serve as executive producers. “The King’s Man” is based on the comic book “The Secret Service” by Mark Millar and Dave Gibbons, and the story is by Matthew Vaughn and the screenplay is by Matthew Vaughn & Karl Gajdusek.

The King’s Man has some stunning action sequences and war scenes that feel truly epic. There is one long time-lapse shot which shows the war’s destruction over time that is particularly memorable, and a genuinely impressive fight sequence that is presented in complete silence. Ralph Fiennes, who plays Orlando Oxford, steals the spotlight with his action sequences.

Many fans of the Kingsman franchise have wondered how the Kingsman secret service organization first started, and this film finally provides the answer. The burgeoning spy network gathered by Shola (Djimon Hounsou) was unique, while Poly (Gemma Arterton), is the brains of the operation and another compelling character. If this movie gets a sequel I hope to see more of the two characters, as they had some of the best action moments. The film also reveals who the original members were, and their code names, which fans of the original film will recognize.

A fun Easter egg for fans of the franchise is that at one point in the movie, the Statesman alcohol is mentioned, which is a reference to the second film, Kingsman: The Golden Circle.

All of the members of the cast deliver strong performances, with Rhys Ifans as Rasputin being among the most memorable. However, while it was a great performance, complete with an excellent fight scene, there are some questionable story choices related to the character.

Overall, the film ends with a perfect amount of fan service that should leave fans satisfied. In particular, I really enjoyed what the Kingsman meant to the founder. The movie is a huge tonal shift from the others in the franchise, which can be an adjustment.

Despite the strong action, the plot is slow to get going, and feels convoluted until an intense third act that includes big twist. This leads me to the big tonal shift in this film compared to the others. As a Kingsman fan, it felt a little weird to break away from the formula, and that may disappoint some viewers. The other Kingsman movies are spy-action/comedy films, while this latest film is more of a period piece with some war/drama elements.

Beyond the tone, I also can’t ignore that within the first few minutes of the film they quickly kill off a female character, which unfortunately isn’t new for the franchise.

Finally, with the character of Rasputin, while Ifana was really great, I found some of his scenes to be disturbing. Rasputin essentially flirts with Conrad (Harris Dickinson), who can’t join the army because he’s underage. A major plot point involves a plan to have Conrad get Rasputin in a private room alone to poison him by giving him cake. An underage character trying to get Rasputin alone for cake is a concerning story choice. Since watching the original Kingsman, I’ve always thought gay representation would make this franchise so much more enjoyable to me. Seeing attractive queer spies saving the world, like a gay version of James Bond, would be everything! However, in this instance it feels like the queer subtext is presented in a perverted way, which left me very uncomfortable. Especially considering Harris Dickinson’s first movie was gay coming-of-age film, Beach Rats, this was a missed opportunity for some positive queer representation in the franchise.