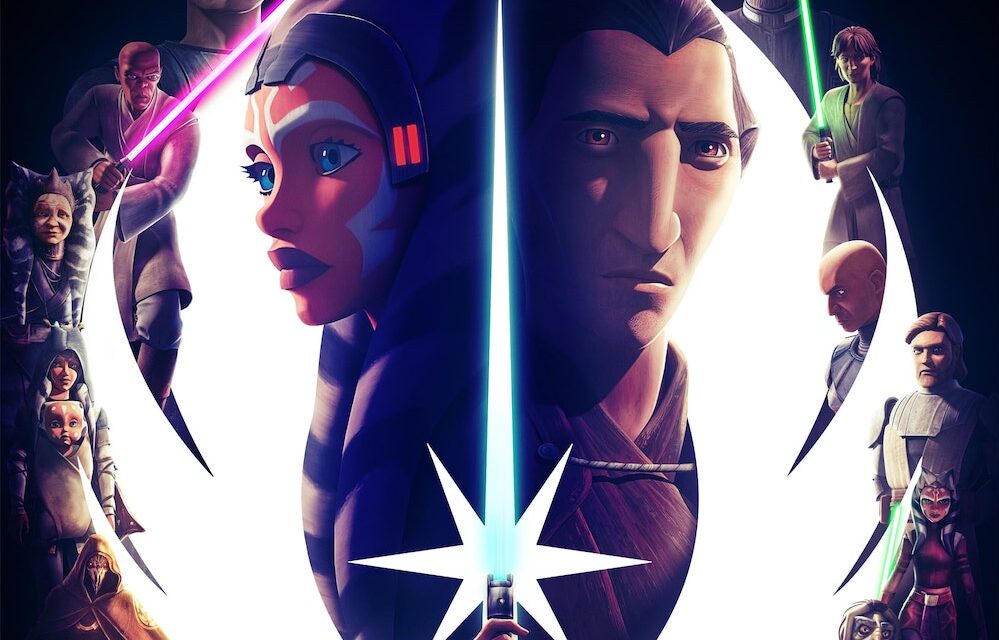 Star Wars: Tales of the Jedi is the latest animated series from Lucasfilm Animation. The series consists of six animated shorts based in the Prequel era, with half of the shorts dedicated to Ahsoka Tano and the other half dedicated to Count Dooku. Ahsoka’s shorts range from when she was a child, to her life after Order 66, while Dooku’s shorts show important moments as he begins his fall to the dark side. This series helps to fill in some gaps and answer some long standing questions in the Star Wars canon.

Dooku and Ahsoka are two of my favorite characters in the Jedi Order. They have fascinating lives that parallel each other in interesting ways, making them excellent choices for this series. Ahsoka and Dooku both leave the Order, yet end up on opposite paths. At their core, Dooku and Ahsoka both just want to help people, but they both see the flaws in the Jedi Order. While Dooku ends up straying from that goal and leaning into the dark side, Ahsoka sticks to her values and continues to fight against evil. I really hope we get more seasons of this series because the show has so much potential and there are so many other characters to highlight.

Star Wars: Tales of the Jedi debuts October 26, 2022 exclusively on Disney+! Some spoilers below!

Tales of the Jedi is thoroughly enjoyable. The animation is stellar as one would expect from Lucasfilm Animation. I have been a fan of their work since I was an early teen watching Star Wars: Rebels and I have always been specifically fascinated by Lucasfilm Visual Effects Director Joel Aron’s work with cinematography and lighting in the shows. With Tales of the Jedi, the cinematography and lighting continues to impress, elevating the rest of the animation to give it a more cinematic feel. The animation is in the Star Wars: The Clone Wars style, and even surpasses that quality of animation.

Initially I was worried about the Dooku portion of this series, since the story of Dooku’s life has been told in great detail through the incredible audio drama Dooku: Jedi Lost by Cavan Scott. I didn’t want this show to retcon that story, and fortunately, it doesn’t. Instead, Tales of the Jedi fills in some of the gaps in Scott’s story, adding more layers. The Dooku episodes are really fantastic. One episode in particular answers some big questions and had me absolutely losing it. I don’t tend to react audibly when I watch movies and shows, but that episode had me emotional, gasping and talking to the screen. The Dooku episodes include stunning action and excellent commentary on the Jedi Order as well.

That being said, I expect that the series will be hit or miss for some fans, especially because the Ahsoka episodes generally feel weaker in comparison. Dooku’s three episodes have an overall arc, with each episode feeling like a focused story. That isn’t as much the case with Ahsoka’s episodes. For example, the second Ahsoka episode, “Practice Makes Perfect,” has a longer buildup, and ends just as the story was getting good. It has some really powerful moments, but then the episode ends abruptly and unsatisfyingly.

I can already mentally see a lot of reactions coming from the final episode, “Resolve,” which takes place post Order 66. It retcons the 2016 Ahsoka novel by telling essentially the same story with new characters. I’m not really a fan of retconning the novel as a concept; but the opening and climactic scene is astonishing. The Inquisitor has a really cool look and voice (courtesy of Clancy Brown), and the animation is stunning (the Inquisitor’s cape and the fire in the background are beautifully animated). The animation built the tension of the moment and, combined with the music, completely blew me away. Kevin Kiner’s score is phenomenal throughout, but this episode especially has a new version of Ahsoka’s theme with new rhythms and percussion.

Tales of the Jedi is gorgeous, and allowed me to spend more time with two of my favorite Star Wars characters. Frankly, I was not expecting the Dooku content to be as amazing as it is, nor was I expecting some of the feels I got from getting to see Ahsoka in animation again. This series has a more serious tone, and I really hope to see more of this kind of content from Lucasfilm in the future. The Star Wars galaxy certainly has enough room for more short stories of this quality.

In this article:Disney, Disney Plus, DisneyPlus, Lucasflm, Review, Star Wars, StarWars, Tales of the Jedi, TalesoftheJedi