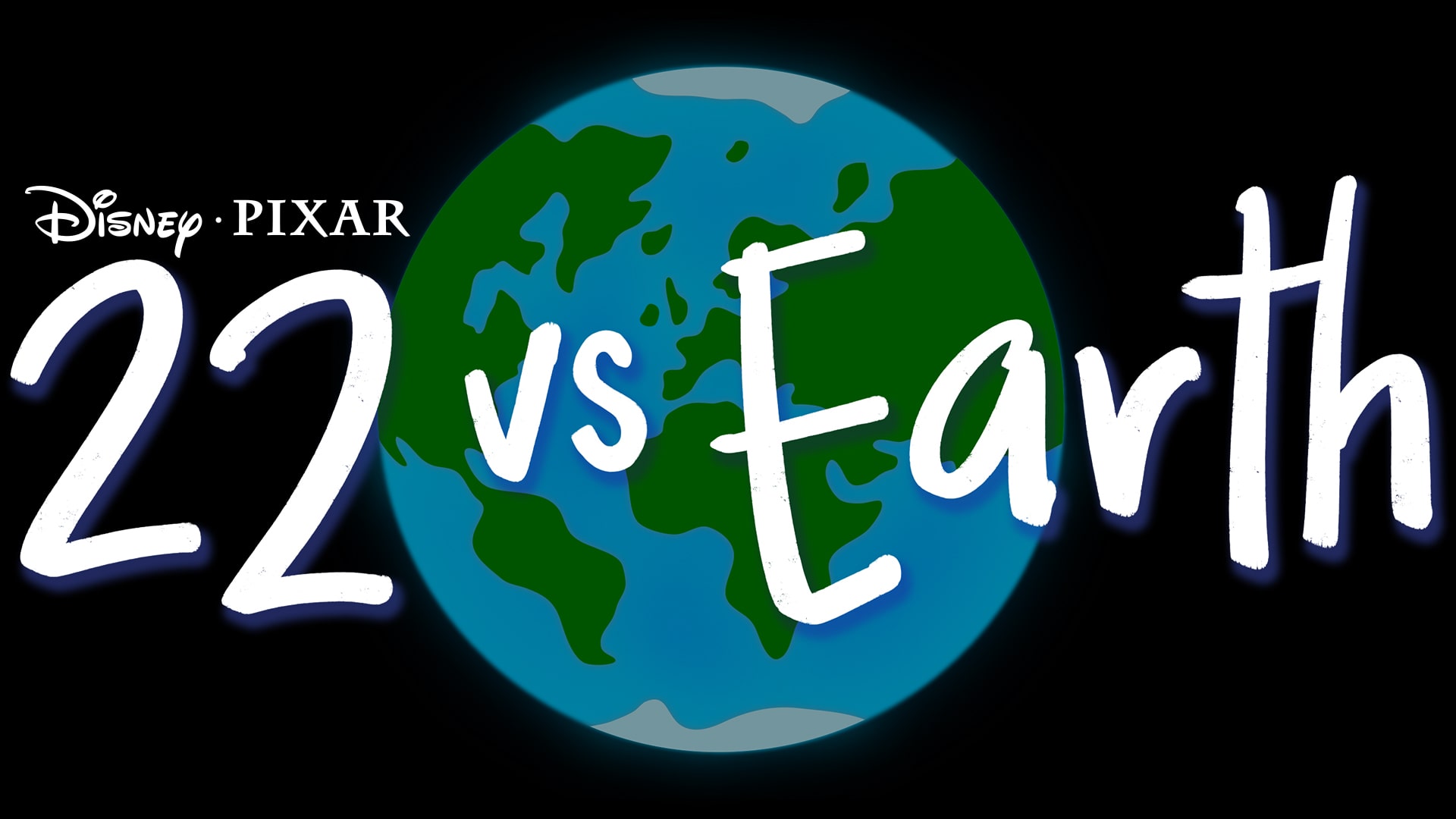 Pixar’s Soul, starring Jamie Foxx and Tina Fey, was one of the best films of 2020. Directed by Academy Award® winner Pete Docter (Inside Out, Up), co-directed by Kemp Powers (One Night in Miami) and produced by Academy Award® nominee Dana Murray, Soul‘s heart warming story about the purpose, or “spark,” of life resonated with many audiences, and recently won the Academy Award® for Best Animated Film.

In my review of Soul, one of the elements that I felt was under-developed was “The Great Before,” a spiritual plane where Joe Gardner (Jamie Foxx) goes after he dies and meets a character called 22 (Tina Fey). While I found the introduction of this spiritual world intriguing, and the water droplet looking souls absolutely adorable, we just didn’t learn enough about this plane of existence for my liking.

With Pixar’s latest short film, 22 vs. Earth, audiences get a chance to return to the Great Before and find out what kinds of shenanigans 22 was up to before she met Joe Gardner.

22 vs. Earth premieres exclusively on Disney+ on April 30! Spoilers below!

Official Synopsis for Pixar’s 22 vs. Earth

Ever wonder what new soul 22 has against Earth in Disney and Pixar’s hit 2020 feature film “Soul”? A new short from Pixar Animation Studios revisits the skeptical soul long before she ever met Joe Gardner. Debuting on Disney+ on April 30, “22 vs. Earth” welcomes Tina Fey back to The Great Before as the voice of quick-witted and sarcastic soul 22.

Set before the events of “Soul,” the original short is directed by 21-year Pixar veteran Kevin Nolting. “While making ‘Soul,’ we talked about the why of a new soul not wanting to live on Earth, but it didn’t ultimately belong in that movie,” said Nolting. “‘22 vs. Earth’ was a chance to explore some of the unanswered questions we had about why 22 was so cynical. As a fairly cynical person myself, it felt like perfect material.”

In the short, 22 defies the rules of The Great Before and refuses to go to Earth, enlisting a gang of five other new souls in her attempt at rebellion. However, as her cohorts’ activities lead to unexpected results, 22’s subversive plot may actually lead to a surprising revelation about the meaning of life.

“I think the new souls make the short so fun—the contrast of their pure innocence and delight with the cynical expectations of 22,” said Nolting. “The other new souls are what 22 once was before she took another path—purely innocent, blank slates to be guided by the counselors in their mostly uneventful journey to the earth portal. 22 sees an opening in that and attempts to guide them herself into her way of thinking.”

REVIEW – 22 vs. Earth Offers Fun with 22 in the Great Before

In 22 vs. Earth, we find Tina Fey’s 22 losing all of her friends in the Great Before, as they find their spark and head to Earth. Of course, 22 isn’t very pleased with constantly being left behind, and as we know from Soul, she has struggled with finding her own spark for quite some time. 22 has had it with Earth taking her friends, and decides to take matters into her own translucent hands.

She snags some innocent young souls (literally) and forms a team that she dubs the “Apocalypse” (“Anonymous Provocateurs and Other Culprits that are Against Leaving Your friends to go to Pathetic Stupid Earth”). Their objective is to prevent other souls from finding their inspiration, which will force them to stay in the Great Before. The little souls that 22 gathers are really cute and so much fun. All the souls are indistinct from one another, so 22 gives her team Zorro-like masks to execute their mission. Watching these adorable beings chant “I hate Earth!” with so much pure joy and enthusiasm was hilarious.

The crew starts stealing things that could potentially inspire other souls, like balls, instruments and cars, only to find that those very actions cause the Apocalypse members to find their own inspirations and head to Earth.

In the end, 22’s plan fails and she states sadly, “None of my friends stay my friends. They all leave me.” To which her last remaining companion, affectionately dubbed “Macaroni,” gives her a warm hug…and finds its inspiration.

Tina Fey does an amazing job in a short period of expressing the range of emotions that 22 goes through. From frustration to excitement to disappointment, Fey’s performance really allows the audience to empathize with 22.

22 vs. Earth is a perfect complement and prologue to Soul. I almost wish I had had the opportunity to watch 22 vs. Earth before watching Soul, as it would have given a greater emotional weight to 22’s story arc in the feature film. As she’s introduced in Soul, 22 is hilariously fun and mischievous, but the emotional focus is on Joe Gardner. While that makes perfect sense for the film’s story, knowing the kind of abandonment issues that 22 has dealt with previously really adds to the pay off when she ultimately finds her own spark.