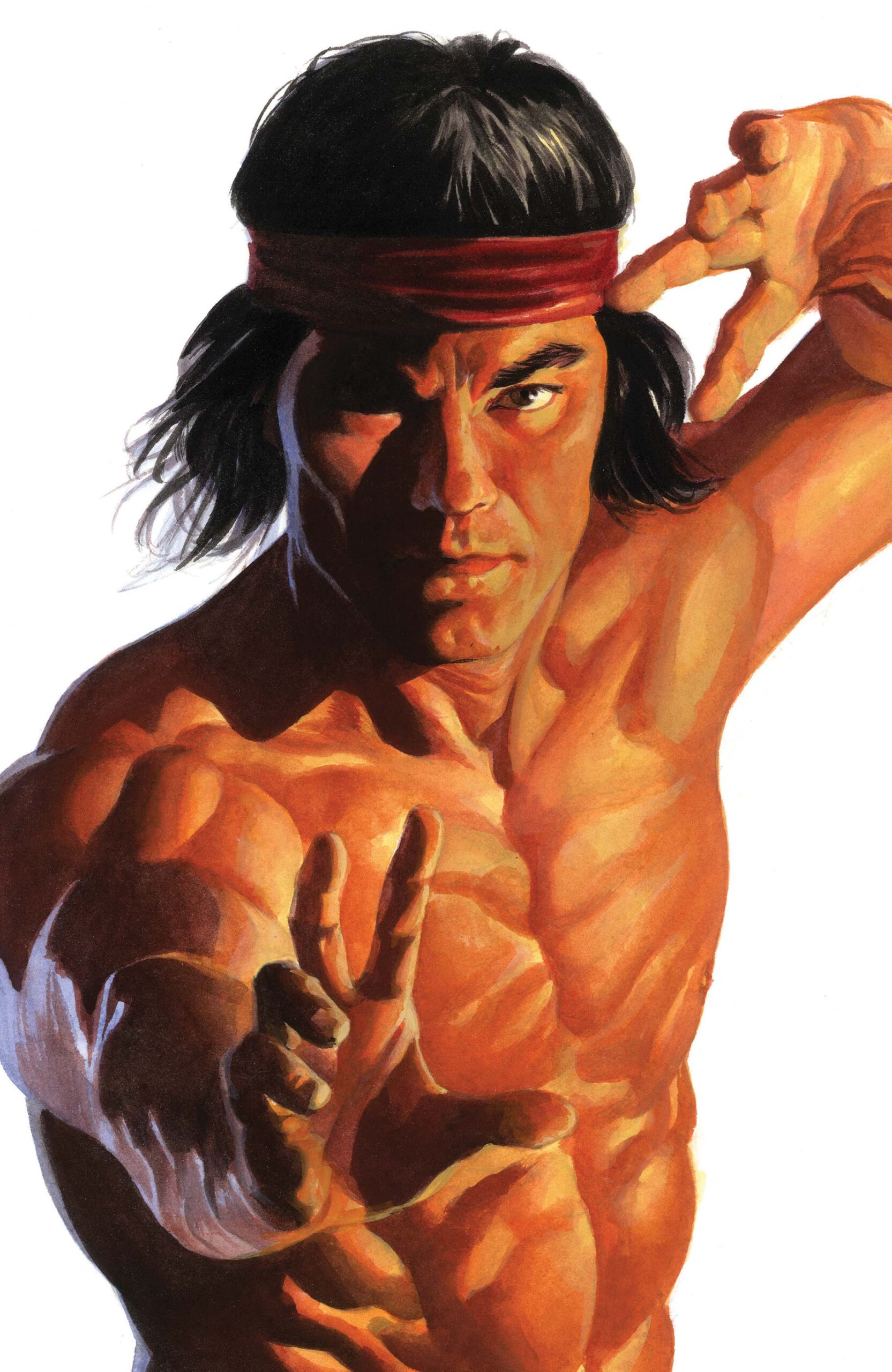 Last month, Shang-Chi finally returned with the all-star creative team of Gene Luen Yang, Dike Ruan and Philip Tan, sporting a fresh new redesign courtesy of Jim Cheung. I loved the first issue of this new 5-issue miniseries (which absolutely must turn into an on-going) and wrote that it laid the foundation for the best Shang-Chi story ever. One of the biggest elements of the first issue was the introduction of the Five Weapons Society, including Sister Hammer, Shang-Chi’s sister!

In issue #2, we get up close and personal with Sister Hammer, learning a bit about her history growing up with Shang-Chi and what her plans are now that she is set to be reunited with her brother. This is my quick, non-spoiler review of Shang-Chi #2. Be sure to pick it up this Wednesday at your local comic store! Oh and Shang-Chi #1 is going back for a second printing!

Backstory – Quick! After over 100 issues of Shang-Chi comics, how much do we know about Zheng Zu and how he raised Shang-Chi? Yeah, not a lot. In this issue we get to see some of what Shang-Chi’s childhood was like and the way Zheng Zu raised him. There isn’t necessarily anything groundbreaking about Zheng Zu’s evil parenting style, but it’s interesting that Shang-Chi quotes his father’s teachings even as an adult. Old habits die hard and I wonder if this story will explore how the way Shang-Chi was raised impacts him on a daily basis.

The Supernatural – This issue injects some bizarre supernatural elements into the story that I really didn’t expect. In retrospect it makes a lot of sense, because the story that Gene Luen Yang seems to be telling is as much a Zheng Zu story as it is a Shang-Chi story. As Yang mentioned in our interview, they’re not trying to ignore the importance of Shang-Chi’s father in his character development.

Shang-Chi’s Personality – Yes, he has personality. After decades of fortune cookie dialogue, I love that we get to see a Shang-Chi who was a pompous brat as a kid and talks some trash as an adult. There’s one scene where I can almost hear Simu Liu’s voice in the Shang-Chi dialogue, and we already know Yang was trying to channel the upcoming Marvel Studios star when writing his story!

Light on Action – Okay so admittedly this is the exact same “bad” that I wrote about for issue #1 and that’s not good. Once again, this issue doesn’t feature a lot of martial arts action and instead is heavily focused on telling some of Shang-Chi’s childhood and giving us more of what Sister Hammer is about. There’s a lot of groundwork that needs to be laid here to make up for decades of Shang-Chi being little more than a Chinese Rock ‘Em Sock ‘Em Robot, but I’m definitely hoping for some more intense action pretty soon. Thats not to say there aren’t some great Shang-Chi action moments though. Just not as much as I would have liked.

We get to really meet Shang-Chi’s sister, Sister Hammer, in this issue, and it’s exciting to learn about more Asian characters in the Marvel comics universe. I hope Sister Hammer is here to stay, but even if she doesn’t survive the story, there’s no question that Marvel comics will be more diverse as a result of this miniseries. Even the small cameo we get of Sister Dagger and Brother Sabre this issue is so great. Those two steal every scene they’re in!