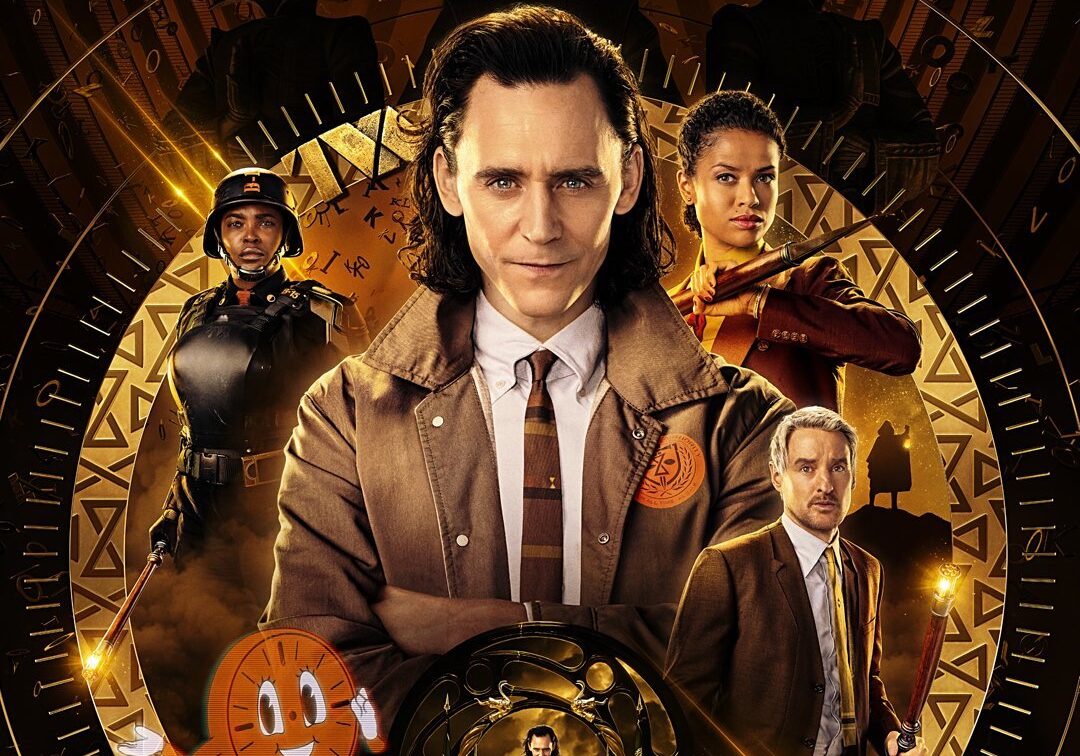 Marvel Studios’ Loki turns the superhero genre on its head by embracing other genres and is the perfect showcase for the irrepressibly charismatic Tom Hiddleston. As Marvel’s third foray into television storytelling, Loki has both the burden of living up to the considerably high standards of WandaVision and The Falcon and the Winter Soldier, and the benefit of fan confidence that the MCU shows are as strong as the films.

It’s almost surprising that Loki is the MCU’s third show, considering that a series starring the beloved God of Mischief was probably the most predicable one when Marvel Studios announced that it would be producing shows to stream on Disney+. Hiddleston, who has played the delightfully devilish villain since the original Thor film in 2011, has long been a fan favorite. He’s also managed to buck the MCU trend of villains being killed off after one film. Indeed, Loki has somehow managed not only to survive three Thor films, but three Avengers films as well (admittedly, he didn’t quite “survive” Avengers: Infinity War…or did he?).

After having to endure sharing screen time with countless superheroes over the last decade, it’s almost poetic justice that Loki finally gets his time to shine in his own show written by Michael Waldron and directed by Kate Herron.

Loki premieres Wednesday, June 9, 2021 exclusively on Disney+! Get ready for “Loki Wednesdays”! Light spoilers for the first two episodes below!

I had the opportunity to screen the first two episodes of Loki, which both clock in at just over 50 minutes each. For those keeping score at home, Marvel previously released three episodes of WandaVision for media and one for The Falcon and the Winter Soldier. While I can’t say I know all that goes into the decision to release a specific number of episodes for each show, I can say that Marvel has made the right decision each time. With WandaVision, the show’s incredibly unique and risky conceit took some getting used to, and it needed about three episodes before the story really got where it was going. In contrast, The Falcon and the Winter Soldier, which was originally planned as the first MCU series, made its intentions clear from the beginning with an action packed and fully loaded first episode.

Loki’s first two episodes work well as almost a two-part premiere (only one episode is premiering June 9th). The premiere episode works hard to set the table of characters and establish the rules of the universe we’re in. It’s not an easy task, as aside from the titular star, all of the other characters are brand new. Owen Wilson (Wedding Crashers), Gugu Mbatha-Raw (Fast Color) and Wunmi Mosaku (Lovecraft Country) join Hiddleston to make up the main cast for the show.

As expected Tom Hiddleston is an absolute delight. Loki makes the bold move of taking the conniving god out of his trademark green and yellow tights and putting him in a suit. It’s clear early on, as we see Loki stripped in preparation for his hearing, that this is not a superhero show. No matter, as Hiddleston can really do no wrong.

Wilson is Mobius, a member of a time skipping organization called the Time Variance Authority. The TVA is tasked with protecting the timeline and capturing “variants” that threaten the linear reality. Best known for his lovable fraternity brother persona, Wilson plays the role with much more restraint than some of his best known performances. Mobius’ easy-going demeanor belies a desperate intensity that works well with Loki.

Wilson has built a hugely successful career playing characters you laugh with but don’t take too seriously, and I was skeptical that he was the right fit to pair with Hiddleston. After all, Loki is often the loud personality and you would think a more grounded character is needed to provide some balance. However, based on the early returns, Marvel Studios has hit another casting grand slam.

I’m a big fan of both Gugu Mbatha-Raw and Wunmi Mosaku, and both are very welcome additions to the MCU. Mbatha-Raw plays Ravonna Lexus Renslayer, a TVA judge, and Mosaku plays Hunter B-15, a TVA field operative with the most Star Wars sounding name ever. Renslayer is a matter-of-fact authority figure who Wilson’s Mobius reports to. She allegedly answers directly to the Time Keepers, but there are enough crumbs to warrant some skepticism about the whole TVA set-up.

Mosaku leads the TVA hunters as they seek to capture variances and she’s a strong presence in every scene she’s in. I love how she’s not interested in any witty banter from either Loki or Mobius, and puts them both in their respective places. The opening scene when Hunter B-15 is introduced with Loki is hilarious and sets the tone for her character from the beginning.

While I enjoy what we’ve seen from both so far, I hope both characters are given more to do going forward (more below) and that we see genuine character development. It would be a shame to waste their respective talents.

In addition to introducing new characters, there’s quite a bit of world building that needs to be done, as the TVA has a unique set of rules and a whole mythology to explain. First, the TVA exist in their own realm that hasn’t previously been introduced in the MCU. There’s a moment when Loki gets a glimpse of the sprawling Coruscant-like technological city surrounded the TVA buildings and he’s left almost speechless. Considering he’s a god-like being who has traveled across multiple realms, that’s quite the accomplishment.

Using an amusing animated mascot, Miss Minutes, Loki also explains the mythology of the TVA, revealing a history where there were multiple universes, or a multiverse (!), and three god-like beings called the Time Keepers collapsed all the timelines into one cohesive timeline. According to Miss Minutes, variants threaten the neat and tidy single timeline that currently exists, and could destroy the universe. And yes all of that sounds incredibly suspect, and is likely a massive deception perpetuated by beings less magnanimous than we’re led to believe.

This is where it’s particularly noteworthy that Loki head writer Michael Waldron is also the writer for the upcoming Doctor Strange in the Multiverse of Madness and you can’t help but wonder if the history of the TVA will have massive implications on the larger Marvel Cinematic Universe.

Much of the first episode is spent establishing this strange new world that Loki is caught in. Starting with the second episode, the intrigue and action is heightened as it’s revealed exactly who the TVA is hunting and what role Loki must play in the story.

As skeptical as I was initially of Owen Wilson joining the MCU, I was equally thrilled when Gugu Mbatha-Raw and Wunmi Mosaku were announced as part of the Loki main cast.

Both Mbatha-Raw and Mosaku play noteworthy roles in the story, but at least in the first two episodes, they are enjoyable tertiary characters. The positive is that both Renslayer and Hunter B-15 are authority figures and it’s always good to see Black women in positions of power. However, it’s important that their characters aren’t just stern, humorless characters to be laughed at by Loki and Mobius.

Particularly with Mosaku, I’m worried that her character will be little more than the disapproving superior who scowls at Mobius and Loki. She’s cool and strong and has fantastic screen presence. Her character design is a really unique blend of corporate suit (she wears a collared shirt and orange tie) and armored stormtrooper. She just needs more to do.

At least with Mbatha-Raw’s Renslayer, there is some strong character development potential as we learn more about the TVA and these infamous Time Keepers. Everything is certainly not what it seems (no surprise on a show about the God of Mischief), and I fully expect that Renslayer will play an important role in the overall story.

I hope we will see more of both Mbatha-Raw and Mosaku as the series progresses and that both fantastic actors are given the material to shine that they deserve.

On its face, Loki’s main cast is decently diverse, with two noteworthy women of color playing significant roles. However, it remains to be seen just how impactful to the overall story Mbatha-Raw and Mosaku are. Beyond those two, most of the remaining main cast, including those who we know are on the show but didn’t see in the first two episodes, are not actors of color.

Marvel has done an excellent job in featuring Mbatha-Raw and Mosaku in the marketing and the publicity of Loki. They were both given character posters from the beginning, and both actors appeared in the global press conference for the series (more on that coming soon). All of that is important. It’s important for the studio to send the message publicly that both women are as important to the show as Tom Hiddleston and Owen Wilson, and they’ve done that. Hopefully the substance of their roles within the show matches the publicity.

Loki has arguably the best start to all of the Marvel Studios shows thus far, with strong world-building, an intriguing storyline and standout performances.